Microorganisms found in salt flats could offer a new path to green hydrogen fuel, according to researchers at the U.S. Department of Energy’s Argonne National Laboratory.

Argonne researchers say that some desert salt flats shelter “a protein found in the membranes of ancient microorganisms,” and could hold promise for generating hydrogen fuel in an “environmentally friendly” way. 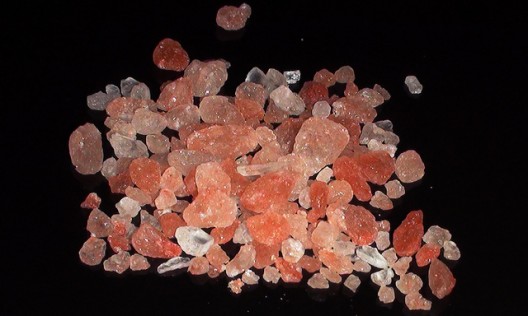 Salts come in a variety of colors, and each edible variety can lend a unique taste to recipes, but the purple salt used in the Argonne experiments can help make hydrogen.

Elena Rozhkova is a scientist at Argonne’s Center for Nanoscale Materials in the Nanoscience and Technology Division. She develops her own research programs and works with users in the Center for Nanoscale Materials (CNM), where her work, “Intensely overlaps different kinds of sciences: materials science, chemistry, physics and biological sciences.”

Her research develops nanobio hybrid materials, combining “inorganic nanomaterial and a soft biological material and combin[ing] them in hybrid structures with advanced properties.”  Adapting principles from biology, such as photosynthesis, her team builds new materials. Uniquely, “We’re taking our hybrid materials and introducing them into complex biological systems like living cells.”

She and her colleagues combined a pigment from “salt-loving microorganisms” called bacteriorhodopsin with semiconducting nanoparticles to create a system that uses light to spark a catalytic process that creates hydrogen fuel.

In the early 1970s, Japanese researchers discovered that a titanium dioxide electrode exposed to bright ultraviolet light could split water molecules in a phenomenon that came to be known as the Honda-Fujishima effect. They’ve since made efforts to expand the reaction into the visible light spectrum.

Rozhkova tried adding the purple bacteriorhodopsin to the mix, because, “Titanium dioxide alone reacts with ultraviolet light, but not with visible light, so we used biological photoreactive molecules as a building block to create a hybrid system that could use visible light efficiently.”

The unusual salt is found in a number of salt flats in California and Nevada and, “Uses sunlight as an energy source that allows it to act as a ‘proton pump.’  Proton pumps are proteins that typically straddle a cellular membrane and transfer protons from inside the cell to the extracellular space,” according to Argonne.

Peng Wang, a postdoctoral researcher in Rozhkova’s group explains, “The platinum nanoparticles are essential for creating a distinct spot for the production of the hydrogen molecule.”

Rozhkova adds, “It is interesting that in biology, bacteriorhodopsin does not naturally participate in these kind of reactions. Its natural function really doesn’t have much to do at all with creating hydrogen. But as part of this hybrid, it helps make hydrogen under white light and at environmentally friendly conditions.”

Argonne claims that their “bio-assisted hybrid photocatalyst outperforms many other similar systems in hydrogen generation and could be a good candidate for fabrication of green energy devices that consume virtually infinite sources – salt, water and sunlight.”