Americans often speak of the $100 hamburger, the food of choice at some airport café a Cessna hour away from one’s home base.  The trip to eat and return often accounts for that sum, with avgas stretching toward $6.00 per gallon.  Imagine, then, making a coast-to-coast trip across one’s native land, surveying a dazzling array of scenic delights and partaking of French cuisine along the way – all for not quite that amount.

Europe abounds in small, turbocharged Diesel automobiles, sometimes zippy little things that exhibit excellent fuel economy.  Many of these cars strive for the “3-liter” designation – the ability to drive 100 kilometers (62 miles) on three liters of fuel (78.4 miles per gallon) and the European Union is pushing toward 95 grams of CO2 emissions per kilometer by 2020.  Serge Pennec has built several airplanes using these torquey engines, creating a means of traversing distances cheaply and as greenly as possible.

Diesels consume their heavier fuel more frugally than their gasoline counterparts, around 2/3 of the fuel burn.  Because these engines are turbocharged, they provide high power at altitudes where gasoline engines become hypoxic.  European avgas costs about 1.70 Euros per liter, according to Pennec, while Diesel fuel costs a mere 0.7 Euros per liter.  By contrast, in America Diesel is priced higher than regular gasoline, which seems at odds with the simpler refining process required. 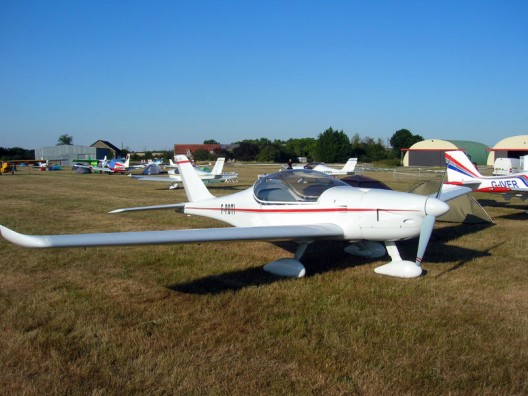 Working with his friend Paul Lucas, he helped create Dieselis in 1998.  With its Opel Corsa engine scavenged from an auto salvage yard, it gave excellent economy of operation, and despite its lengthy construction, cost under $10,000.  The engine was also on the heavy side, forcing the designers to lighten the structure of the aircraft, according to at least one source.  Pennec and Lucas even designed and built their own propeller speed reduction drive.  The airplane could cruise at almost 120 miles per hour on two gallons per hour, though.

Lucas is currently working with the Greenelis team, preparing for the Green Flight Challenge, and Pennec went on the mount a Citroen AX Diesel engine in a Coyote ultralight and to begin the design and
construction of Gaz’aile (gas wing), a great multiple-level pun.  Version 1 had an Opel Astra, an improvement over the Opel Corsa in Dieselis. 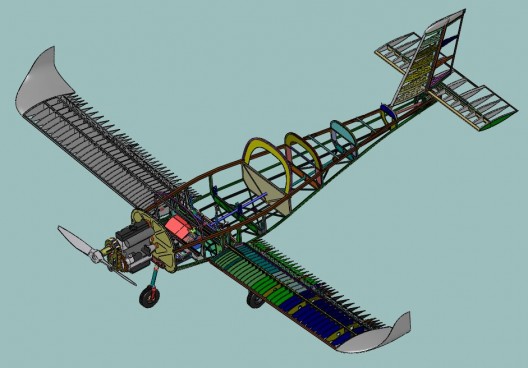 He spent the next 10 years working on a refined version, Gaz’aile 2, which has an 80 kilogram (176 pound) Citroen AX or Peugeot 106 engine putting out a mere 53 horsepower.  The light (616 pounds empty weight), compact  (23-foot span) airplane does quite well with this, however, managing a 220 kilometer per hour (136.4 miles per hour) on only 7.7 liters per hour of fuel (2.03 gallons), or about 68 miles per gallon.  A pdf page gives a concise history of the craft and shows the many types of engines which can power it. 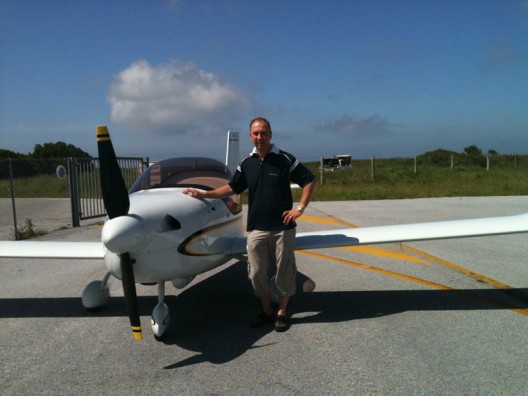 Jean-Jacques Ballot, builder of Gaz’aile 2 number two, can verify that figure, having flown from Ouessant on the northwest coast of France to Propriano on the isle of Corsica, 1,409 kilometers.  Reported in Pilote Magazine, he managed that tour on 54 liters of fuel, but having reached Napoleon’s island birthplace, he decided he’d like to try it again in reverse.  With careful piloting and favorable weather, he burned only 51 liters (13.47 U. S. gallons) of fuel on the return trip, achieving 64.9 miles per gallon.  His “out” journey took only 7 hours 57 minutes, and his return an even swifter 7 hours 28 minutes. 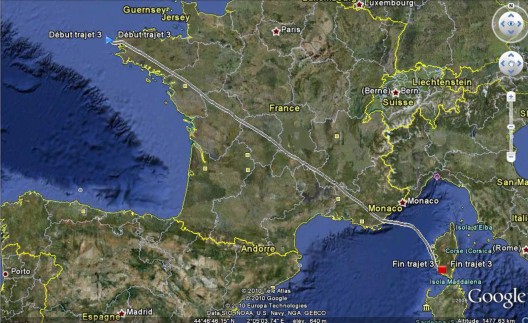 Ouessant-Propriano and return, all on 105 liters of Diesel!

One discomfiting incident occurred, but not anything of mechanical or pilot error.  The passage over the sea did not have adequate GPS coverage, and Ballot’s beacon signal, which was being tracked by over 1,500 followers of the flight including his wife, disappeared briefly.  Needless to say, his return home evoked a proper French response, “a general round with… much of bubbles!”

Considering that the engine can tolerate a mix of Diesel and “bio-carburant,” a friend suggested recycling the oil from a French frier to make the craft even more green.