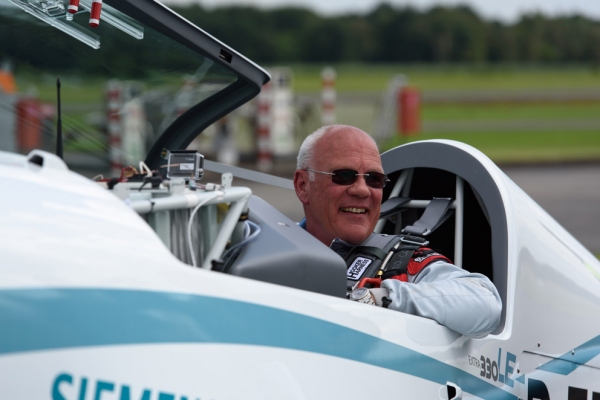 Already proving its ability to climb at a great rate on its own, the Siemens-powered Extra 330LE towed an LS-8 sailplane to 600 meters (1.968 feet) in a mere 76 seconds.  This alone could be a gift to soaring.

Sitting at the controls of a sailplane being towed aloft behind a conventionally-powered tow plane proves taxing, for the many minutes it takes to gain a release height of 2,000 or 3,000 feet can seem somewhat endless.  It’s also expensive for the gliding club or commercial operation.  The soaring club in which your editor was a member calculated the average tow for a Piper Pawnee or Cessna AgWagon consumed around 2.7 gallons to 3.0 gallons of $5.00 a gallon avgas.  Twenty or thirty tows a day make for significant operational costs. 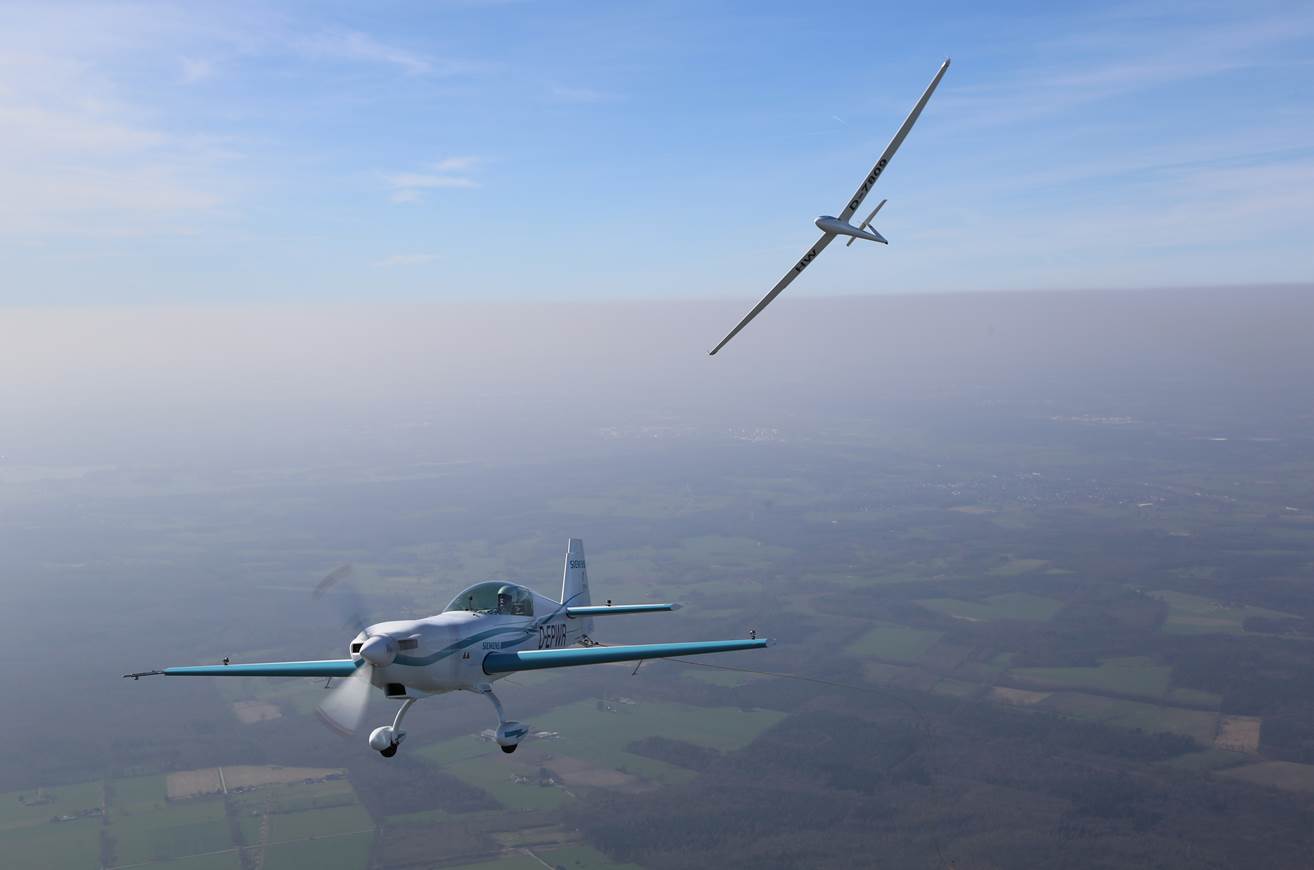 It’s also the most dangerous part of the flight.  A wrong move by a student (or experienced pilot) on tow can put two airplanes and their occupants into the dirt.  Engine failure at low altitude forces instant and precise decisions, as does a rope break.  Getting higher quicker is a great safety enhancement.

Going up at over 1,500 feet per minute is double the climb rate of many popular two-seat trainers, and since the Extra tows an additional 550 pound LS-8 (plus pilot weight) that rapidly, it will cut down tow times, allowing it to return for another tow efficiently.  Such capabilities will be welcome in soaring operations.

The 50 kilogram (110 pound) motor puts out about 260 kilowatts (348 horsepower), enough to allow the Extra 330LE to set two new time-to-climb records, top out at around 340 kilometers per hour (210.8 mph) over a three kilometer distance, and still make the first aero tow of a sailplane by an electric tow plane. 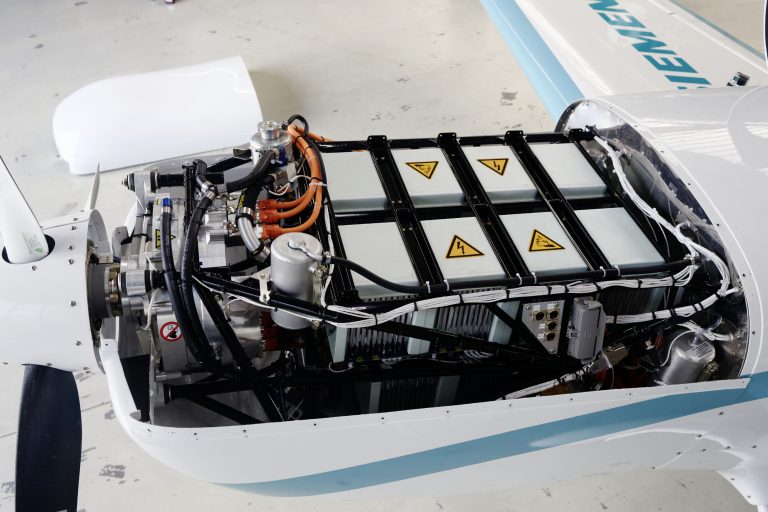 Walter Extra piloted the namesake airplane at the Dinslaken Schwarze Heide airfield in Germany, breaking several records previously held by William (Chip) Yates.  Chip, incidentally, has recently reported fitting new batteries to his Long-ESA (Electric Speed and Altitude) for his own attempts at new records.  Competition improves the breed, and the electric breed might see some interesting matches soon.

Siemens intends even bigger and better things for their motor technology.  As reported in their press release, “Siemens is contributing this technology to the cooperative project that Siemens and Airbus agreed to in April 2016 for driving the development of electrically powered flight. Electric drives are scalable, and Siemens and Airbus will be using the record-setting motor as a basis for developing regional airliners powered by hybrid-electric propulsion systems. Siemens is determined to establish hybrid-electric propulsion systems for aircraft as a future area of business.”