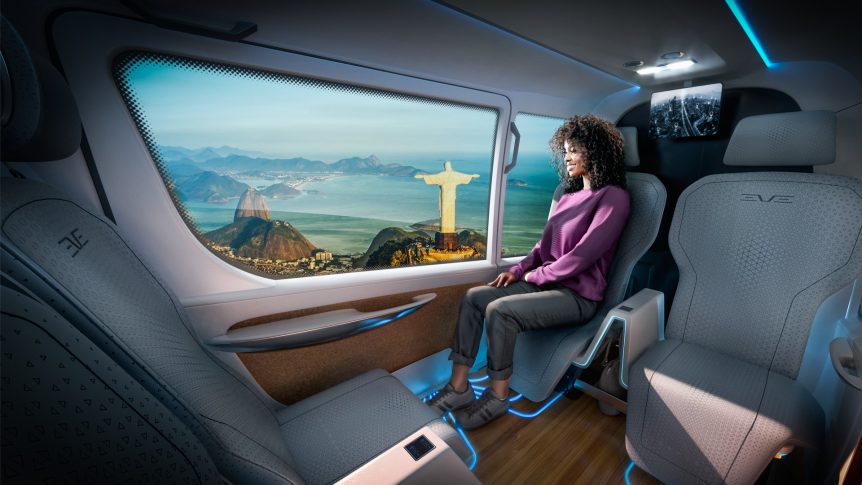 As though by magic, money from Wall Street, venture capitalists and other investors show a growing interest and cash flow in sky taxis.  It started on August 11 with JoeBen Bevirt of JOBY ringing the bell that starts trading on the stock market floor.

As one web site points out, it’s up to the discretion of the New York Stock Exchange (NYSE) as to who gets to ring the bell and, “Only those companies with stocks or exchange-traded funds (ETFs) listed on the exchange can ring the bell.”

We’ll look at a sampling of companies making electric Vertical Take Off and Landing (eVTOL) vehicles and selling in domestic and foreign markets for an overview of what’s hot.  Later, we’ll look at the inroads being made by makers of fixed-wing aerial vehicles in the nascent regional market.

“The closing of the business combination (with Atlas Crest Investment Corp.) generated $857.6 million of gross proceeds, which will help fund Archer’s vision of bringing an electric vertical takeoff and landing vehicle (eVTOL) to market and launching an urban air mobility (UAM) network.”  Archer’s Co-Founders and Co-CEOs, Brett Adcock and Adam Goldstein did the honors, with workers in corporate garb cheering the event and snapping selfies.

As of May 18, Beta Technologies received $386 million in funds from a group headed by Fidelity Management & Research Company and joined by Amazon’s Climate Pledge Fund .  United Parcel Service (UPS) has expressed an interest in purchasing 150 Alias and Blade Urban Air Mobility wants 10 for passenger service.  United Therapeutics has backed Beta for years and will use their craft for rapid organ deliveries.

eHang trades on NASDAQ under the symbol EH.  Reaching a high $129 a share in February and dropping to $21 in recent months, one can understand the challenges faced by investors in a new market.

Embraer X has signed a letter of intention with Aviation Management Services – Serviços Aeronáuticos Ltda. (“Avantto”) announcing, “A partnership aimed at developing the Urban Air Mobility (UAM) ecosystem in Latin America. This includes an order for 100 of Eve’s electric vertical takeoff and landing (eVTOL) aircraft, as well as a collaboration to develop a new eVTOL operation in Brazil and across Latin America. Deliveries are expected to start in 2026.”

Eve has an additional order for 100 aircraft from Bristow Group Inc. (NYSE: VTOL).  In an interesting approach, Helipass has announced a partnership with Embraer X, “To fly Eve’s electric aircraft for a total of 50,000 flight hours per year. This could lead to an optional increase of 100,000 annual flight hours across Helipass’ network.”

Hyundai is concentrating not just on their aerial vehicle, but on the stationary and mobile infrastructure to support them.  Hyundai seems to have an all-inclusive view of a utopian future.  This is being down to “align with the Korean UAM Roadmap,” a set of increasing range and automation objectives for urban air travel.  One goal, traveling one kilometer (0.62 miles) would cost only 1,300 wan ($1.09), not bad for short-distance air travel.

Joby is valued at well over $8 billion at this time, and has partnered with the U. S. Air Force’s Agility Prime program to further develop urban air mobility.  Joby, NASA, and Agility Prime are testing various aspects of eVTOL operation and capabilities.  Interestingly, there are no public announcements of sales of Joby eVTOLs.

Daniel Wiegand, Co-Founder and CEO of Lilium said, “In 2015 with the clear vision that the decarbonization of aviation is inevitable, we set out to build a team and product that would radically transform the way the world moves. Six years and five generations of technology demonstrator aircraft later, we’re closer than ever to this goal. Today’s milestone will bring us even closer to launching our service in 2024 and making sustainable, high-speed regional air travel a reality to communities around the world.”

Vertical, a British enterprise, is developing the VA-X-4, “A zero-carbon aircraft that can carry four passengers and a pilot, and fly at speeds up to 200 mph over a range of over 100 miles.”  They seem to be pulling in a great many orders, with American Airlines pre-ordering up to 250 aircraft and Marubeni, an investment and trading company in Japan ordering another 200.  According to Yahoo News, “American plans to make a $25 million investment in Vertical through a private investment in public equity (PIPE) transaction.”

Total orders may be as high as 1,350 with a potential value of approximately $5.4 billion.  This is a surprising amount of money coming from unique sources into sky taxis.

ADAC Luftrettung. A German aeromedical company, has reserved two of Volocopter’s VoloCity aircraft to prepare for operational testing of multicopters in future medical response services.  In a joint venture with Zhejiang Geely Holding Group, Volocopter managed an even larger sale of 150 aircraft.  With further partnerships with Daimler, Black Rock and Intel Capital, Volocopter expects to bring eVTOL aircraft to China in “the next three to five years.”  Florian Reuter, Volocopter’s CEO sees China as the biggest single market opportunity for the urban air mobility industry.

Not resting on its laurels, Volocopter is introducing a new, more aerodynamic commuter craft to market.  This looks to be a faster, longer-range version of what has already been accomplished.

Disruptive technologies are said to go through a quiescent state, during which critics often deride the idea of their existence, then suddenly bloom.  Money talks, though, and big money seems to be lifting eVTOLs and sky taxis into an ever more-promising future.