The Solar Impulse team had bad news today.  “Unfortunately the current weather window to reach Hawaii has closed. The cold front is too dangerous to cross, so we have decided to land in Nagoya Airfield, also known as Komaki Airport, and wait for better weather conditions in order to continue.”

The good news came with the safe landing following a record 40 hours in the air for Andre’ Borschberg, who had ample opportunity to practice the self-hypnosis and meditation skills that help keep him sharp.  That the full flight would have added at least 80 hours to the endeavor seems less daunting now, since the Solar Impulse team handled the diversion to Nagoya calmly and professionally, even obtaining the services of a bicycle rider to assist with one outrigger landing gear during the landing.  The unscheduled landing also means bringing the craft’s giant inflatable hangar on an unscheduled trip to Japan. 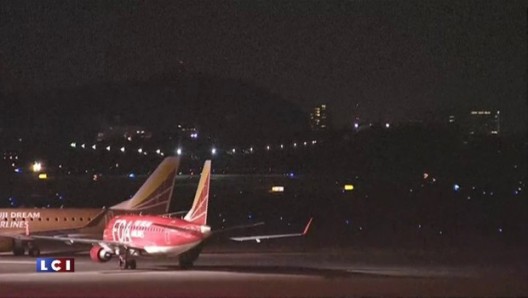 This longest flight so far gave ample opportunity for the team to demonstrate the reliability and functionality of the solar cells, power control systems, and all the flight and communication systems.  The fact that on-ground viewers could follow the trip in great detail is a testimony to the technologies that make the Internet and other modern marvels possible.

That the batteries seemed to have enough reserve to give several more hours of flight in darkness showed the design to be sound and Borschberg’s shepherding of his resources to be skilled.

Solar Impulse graciously acknowledged assistance from personnel in Nagoya, who responded quickly to the change of plans.  “We would like to thank JCAB, MILIT, MOFA, Japanese Customs and Immigration JSDF, Nakanihon Air Service, Centrair and Kuehne-Nagel​, for their incredible help to our team in Nagoya.”

Viewing Andre’ Borschberg’s departure from the giant airplane, we realized he didn’t look all that frazzled, something  the average passenger on a trans-pacific flight of only nine or 10 hours might not be able to demonstrate.   This gives hope for the next, bigger hop.