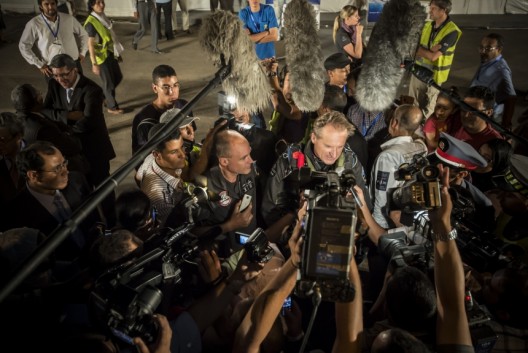 Even more exciting to alternative energy aviation followers, Solar Impulse plans on flying its airplane across the United States early next year.  “In the summer of 2010, Solar Impulse successfully conducted the first ever historical 26-hour flight bringing the notion of perpetual flight closer to reality. This revolutionary airplane is much more; it is an adventure that shapes tomorrow through the power of innovation and pioneering spirit. The goal of Solar Impulse is to fly around the world with an airplane using only solar energy but before that the Swiss team is working on a new challenge: flying across America in the spring 2013.”

We look forward to seeing Andre’ Borschberg and Bertrand Piccard on our screens Sunday night, and even better, seeing them early next year as they cross our country while demonstrating the reality of solar flight. 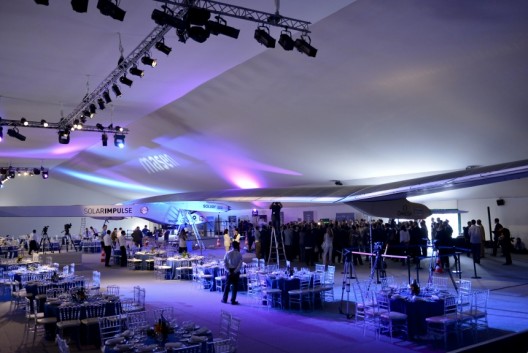 The America flight will probably be made with well-proven HB-SIA, already an intercontinental solar traveler, since the two-seat HB-SIB is still under construction in Switzerland.  HB-SIB had a catastrophic spar failure while under early structural testing, but project leaders are carrying on redesign and rebuilding of the spar.  That may still affect earlier plans for flight schedules, though, with speculation that 2014 may be too ambitious a date for the planned around-the-world flight and 2015 more realistic.  Regardless, workers are carrying out vibration tests on the motor controllers (drivers) and have built the first of four motor gondolas for HB-SIB.