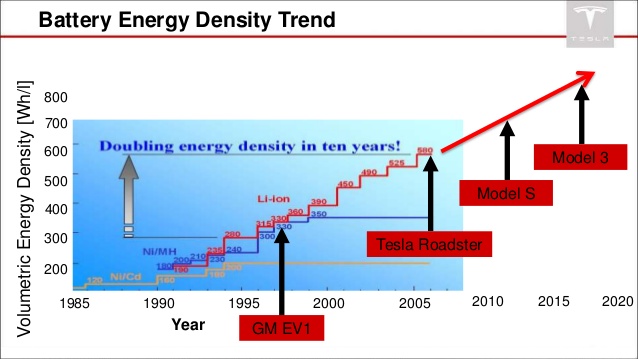 We would love to see a 5X or even 10X battery in our future, but that will happen, quite possibly, at the speed of an eight-percent increase per year, as demonstrated for the last several decades of battery development. 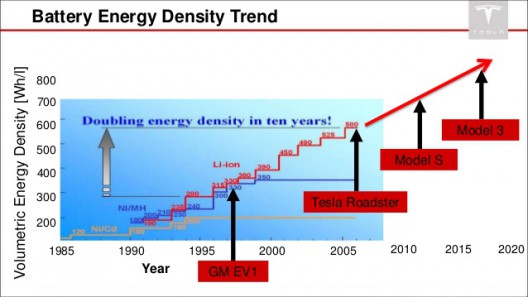 That would mean waiting for about 10 years for battery energy densities to double.  What if we could double energy density right now, as in starting commercial production of a battery with 2X the energy density of those currently available?

Solid Energy Systems, led by MIT alumnus Qichao Hu, has announced it is ready to hit the market in the next year.  According to MIT News, “SolidEnergy plans to bring the batteries to smartphones and wearables in early 2017, and to electric cars in 2018. But the first application will be drones, coming this November. ‘Several customers are using drones and balloons to provide free Internet to the developing world, and to survey for disaster relief,’ Hu says. ‘It’s a very exciting and noble application.’”

Solid Energy makes the following claims for its battery.  Its ultra-thin metal anode can double energy density and achieve 1,200 Watt-hours per liter and 400 Watt-hours per kilogram.  Couple this with the battery’s non-flammable, non-volatile electrolyte (as claimed by Solid Energy), and its ability to survive elevated temperatures and a good case can be made for the device.  Solid Energy also claims that their battery can be manufactured using existing lithium-ion lines, making its introduction into the market an easy transition.

What level of manufacturing and how quickly the company can ramp up to meet demand wait to be seen, although their dedication is evident in the BBC interview, the reporter trudging through a Boston winter to see the plant in action (or at least what the team would show him).  It we see a number of drones overhead carrying larger cameras because of the improved energy density of their batteries, we’ll know the future is on its way.