Making batteries smaller, lighter, and more powerful is an ongoing trend, supposedly climbing at eight percent per year in terms of energy density (energy stored per unit of weight).  Even this blog is guilty of sometimes unrequited enthusiasm for some new developments that appear to be an “answer” for aircraft use.

Getting a battery that double or quintuples energy density would be ideal for aircraft, but seems to be a labor worthy of Sisyphus (you could look it up).  As constantly noted here, batteries have three major components, the anode, or negative electrode; the cathode, or positive electrode; and the electrolyte, usually a liquid that allows the flow of ions between electrodes.  That electrolyte is subject to overheating and on rare occasions, bursting into flames. 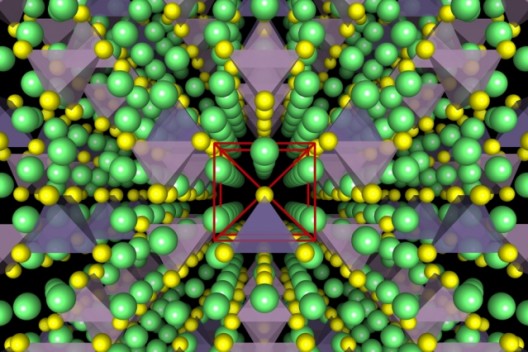 That has led researchers at MIT, Samsung, and in California and Maryland to develop a solid-state electrolyte that might overcome the safety issue while providing more energy storage in a given space.

Yan Wang, an MIT post-doctoral student; Gerbrand Ceder, a visiting professor of materials science and engineering, and five others report their efforts and findings in the journal Nature Materials. MIT’s announcement explains that while others have attempted creation of solid replacements for liquid electrolytes (including perhaps Anne Marie Sastry of Sakti 3?) the group explains they are the first to make “a formulation that fully meets the needs of battery applications.”

Ceder makes some interesting claims, including the idea that solid-state electrolytes would make for, “almost a perfect battery, solving most of the remaining issues” in battery lifetime, safety, and cost.

“Ceder adds: ‘All of the fires you’ve seen, with Boeing, Tesla, and others, they are all electrolyte fires. The lithium itself is not flammable in the state it’s in in these batteries. [With a solid electrolyte] there’s no safety problem — you could throw it against the wall, drive a nail through it — there’s nothing there to burn.’”

As significant as the safety issue is, Ceder says, “’With a solid-state electrolyte, there’s virtually no degradation reactions left’ — meaning such batteries could last through ‘hundreds of thousands of cycles.’”

Common thinking was that solids could not conduct fast enough to be considered as electrolytes.  Ceder says, “That paradigm has been overthrown.”

Starting with a class of materials known as “superionic lithium-ion conductors,” compounds of lithium, germanium, phosphorus and sulfur, the team turned to an “ongoing partnership” with Samsung through the Samsung Advanced Institute of Technology, conveniently located near MIT is Cambridge, Massachusetts.  Ceder explains that the alliance, “has led to important advances in the use of quantum-dot materials to create highly efficient solar cells and sodium batteries.”

This solid-state can still function at those temperatures below -20°C, Ceder says.  It also gives a 20 to 30 percent improvement in power density.  While this may not be the 2X, 5X or even 10X breakthrough we would love to see, the benefits in safety and longevity are certainly desirable. 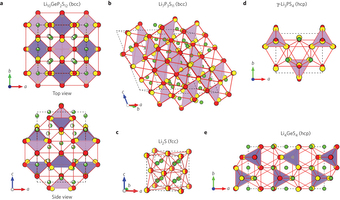 While some might be disappointed that a fire-proof, essentially life-time battery is not more powerful, perhaps the team can combine their findings with Samsung’s recent announcement that they have achieved a battery with double the energy density of previous lithium ion cells.  After all, what are partners for?

The abstract explains the cubic nature of the solid-state electrolyte central to the group’s success.  “Lithium solid electrolytes can potentially address two key limitations of the organic electrolytes used in today’s lithium-ion batteries, namely, their flammability and limited electrochemical stability. However, achieving a Li+ conductivity in the solid state comparable to existing liquid electrolytes (>1 mS cm−1) is particularly challenging. In this work, we reveal a fundamental relationship between anion packing and ionic transport in fast Li-conducting materials and expose the desirable structural attributes of good Li-ion conductors. We find that an underlying body-centred cubic-like anion framework, which allows direct Li hops between adjacent tetrahedral sites, is most desirable for achieving high ionic conductivity, and that indeed this anion arrangement is present in several known fast Li-conducting materials and other fast ion conductors. These findings provide important insight towards the understanding of ionic transport in Li-ion conductors and serve as design principles for future discovery and design of improved electrolytes for Li-ion batteries.”