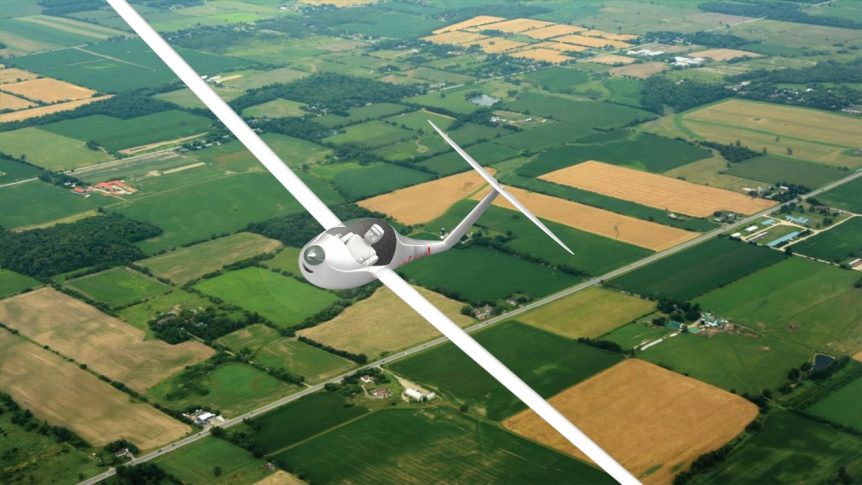 Mike Friend, retired Technology Director for Boeing Aircraft, and Gabriel DeVault, head of drivetrain development for ZeroAvia, are putting a Zero motorcycle motor into Mike’s Spark Solo.  There are perhaps dozens of Zero motors flying today, and the 42-pound unit has evolved to powering even two-seat motorgliders like Gabriel’s Sonex Xenos.

Mike came up with the Spark Solo design as a way to, “Encompass the design process” as well as the “piloting and fabricating” aspects of a project.  He wanted to, “Define an airplane uniquely designed around electric propulsion,” noting that, “Past efforts have almost always been adaptations of internal-combustion powered airplanes.”  To help forward his design, Mike has been working with his local EAA chapter, for which he is past president. 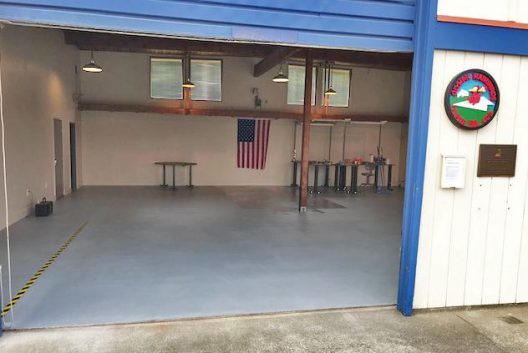 Experimental Aircraft Association (EAA) chapter 406, “Is creating BACE (Bremerton Aviation Center for Education), a place where people can come to learn hands-on skills in airplane design, construction, and maintenance. Our shop area and flight simulator will be resources to go beyond the Young Eagles experience.”   The EAA Young Eagles program promotes aviation by giving young people their first airplane ride, often in a home-built craft.

On the collaboration between Mike and Gabriel, Greencarcongress.com adds, “Mike Friend, a retired Boeing Senior Technology Director and consultant for Mitsubishi Aircraft, joins [ZeroAvia’s] Technical Advisory Board to lend his extensive aerospace technology knowledge to the powertrain development programs. In the early 2000s, he led a historic Boeing Phantom Works project in Spain, resulting in the world’s first manned hydrogen-electric airplane flight. Following that, he was a chief engineer in the New Airplane Product Development team at Boeing Commercial Aircraft, playing critical roles in developing multiple vehicle concepts, including Boeing 787 Dreamliner.

“ZeroAvia offers hydrogen-fueled powertrain technology to replace conventional engines in commercial aircraft. Adoption of this technology results not only in true zero-emission flight but also in lower fuel and maintenance costs. The company previously completed its first electric flight in the US in 2019, then built the second flying prototype in the UK, and conducted its first electric flight in June of 2020. In September 2020, it achieved the world’s first hydrogen-electric flight of a commercial-grade aircraft.

“Additionally, the company just completed a ground simulation of the complete power profile for its upcoming first cross-country flight. The ground test demonstrated a full battery shutdown in-flight using the company’s unique fuel cell powertrain configuration, allowing for complete removal of the battery system in the next configuration of the powertrain.” 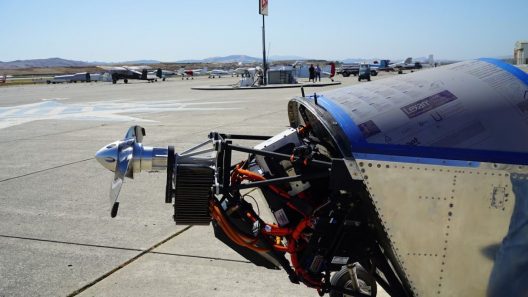 From that basis, the team will define a curriculum to engage EAA members and students as they develop the design and all the systems that go into it.  To test their ideas, the group will build a full-size forward fuselage mockup including mockup propulsion components and flight controls.  Then the team will work with suppliers to obtain components for the aircraft.  This has already resulted in new sponsor ZeroAvia supplying a Zero Motorcycle motor for the airplane (After all, Gabriel DeVault designed that motor).  Mike flew the nearly identical power system in Gabriel’s eGull while in Watsonville, California while helping with motor installation in Gabriel’s Xenos.  According to Mike, the system performed “flawlessly.”

Calfee Design in Watsonville is assembling the motor, controller and related components and Mike will drive to Watsonville to retrieve it  In the meantime, Peter von Schoonhoven of Battleground, WA has offered, “Some damaged Pipistrel Sinus Flex wing panels and fuselage components for use in the project.”  Mike decided to use wings from an existing design and hang the motor and propeller on the aircraft’s nose – mostly for simplicity’s sake.  Many others in the EAA chapter are involved, many retired Boeing personnel.

Aircraft weights are instructive, with Solo’s airframe coming in at 550 pounds, two sets of batteries at 180 pounds each, the motor controller adding 16 pounds, a charger 15, the propeller 15, and the motor 42.  Total aircraft weight is thus 998 pounds.  A 190-pound pilot tops the takeoff weight at 1,188 pounds.  A single-seat configuration allows for the extra battery weight and added range.

For comparison, an Alexander Schleicher ASW-28 standard class sailplane weighs 518 pounds, and with 397 pounds of water ballast and a fairly large pilot, weighs 1,157 pounds.  Pilot weight would allow 242 pounds, enough for a big guy and a parachute.

As Mike gathers components for Spark Solo, Gabriel DeVault and the crew at ZeroAvia are on to bigger game.

With a new infusion of $24.3 million from a group of investors lead by Horizon Ventures and joined by British Airways, ZeroAvia has set its sights on developing a two megawatt electric powertrain for full-size regional aircraft.  This funding brings total private investments in ZeroAvia to $53 million, and total funding raised since the company’s founding to nearly $74 million. 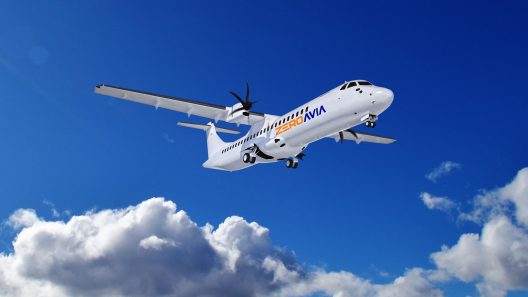 On large and small scale enterprises, electrification of flight vehicles seems to be an ever-growing presence.