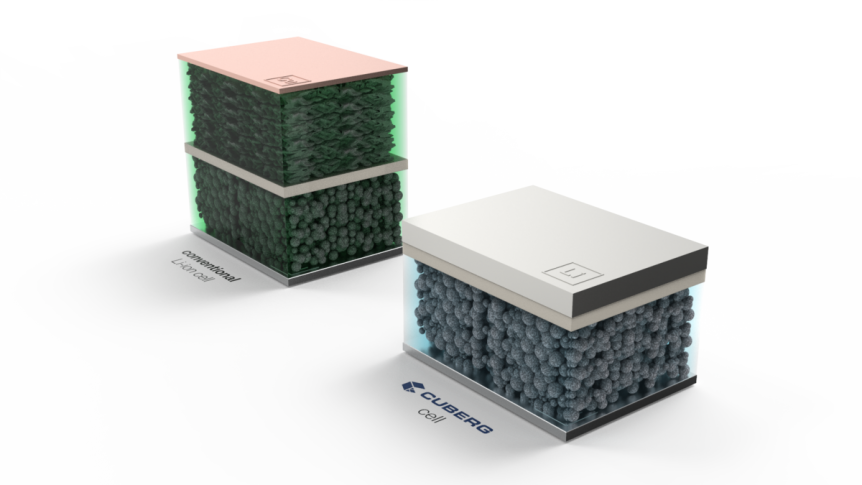 A battery with 560 Watt-hours per kilogram, a stable long life, and no fires.  What’s not to like?  Researchers at Helmholtz Institute Ulm (HIU), founded by the Karlsruhe Institute of Technology (KIT) in cooperation with the University of Ulm, have come up with a dual anion, nickel-rich cathode, lithium-metal battery that, although in early stages of development, may point a way forward.

Academic journal Joule reports, “High-energy batteries, in particular lithium batteries, are the key to achieve carbon-neutral mobility…. However, it is foreseen that a fully electrified mobility and transportation can only be achieved by the development of batteries employing lithium metal as the negative electrode (anode) while still granting long-term cycling performance and safety.”  Safety may be the deciding factor here, especially in electric aircraft.   Coupling the lithium metal anode with a nickel rich cathode seems to pay off for the researchers.  Along with the dual anion liquid electrolytes, they’ve managed to keep things stable and performing well.

Considering the visual impact of recent car fires on the nightly news, and instructions to park your EV outside, buyers might be forgiven for a certain reluctance to embrace an attractive, but iffy, new vehicle. 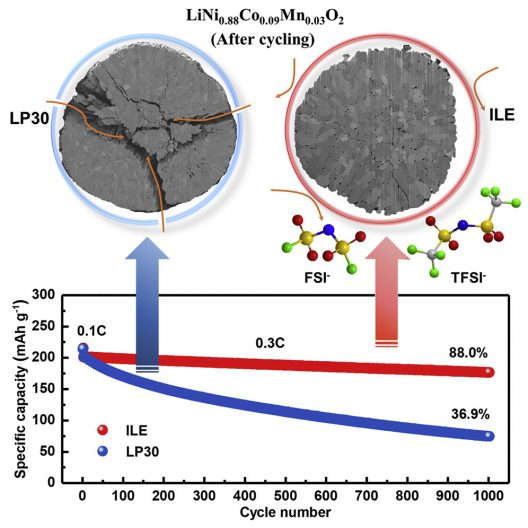 Helmholz Institute Ulm (HIU) has come up with a battery that can store 560 Watt-hours per kilogram, according to their paper.  It retains 88 percent capacity after 1,000 cycles

(As always, your editor is quick to point out 589 fossil-fuel powered cars per day self-immolated in one recent year.)  CNBC points out, “Vehicle fires are common, generally. According to the National Fire Protection Association, there were 212,500 vehicle fires that caused 560 civilian deaths, 1,500 civilian injuries and $1.9 billion in direct property damage in the U.S. in 2018.”

Batteries seem to be the never-ending thorn in electric flight’s side.  As batteries gain energy, they seem to become more flammable.  An ongoing recall by GM has virtually pulled all Chevy Bolts off the road, battery manufacturing defects getting the blame.  While the car company is footing the bill (over $1 billion) to replace offending battery packs, battery fire anxiety may replace range anxiety for EV owners. 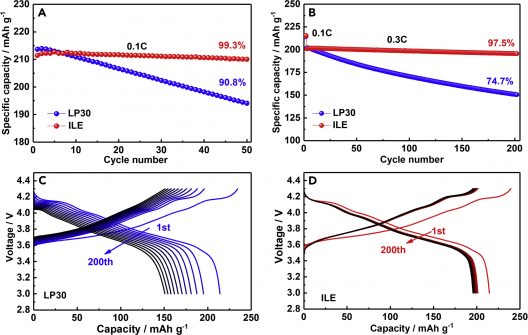 Researchers employed a cobalt-poor, nickel rich negative electrode (anode) material along with a dual-anion ionic liquid electrolyte [ILE].  According to the Joule entry, “This electrolyte enables initial specific capacity of 214 mAh g−1 and outstanding capacity retention of 88% over 1,000 cycles with an average Coulombic efficiency of 99.94%. The Li|ILE|NCM88 cells achieve a specific energy above 560 Wh kg−1 based on the combined active material masses.”  Lower cobalt levels are promising because of the controversial conflict and child labor resourcing of that material.

From Academia to Commercial Reality?

The term “active material masses” seems to draw attention, with several comments in GreenCarCongress.com.  “Lab coin cell data is normalized to a real energy density.  This is a bit misleading.” 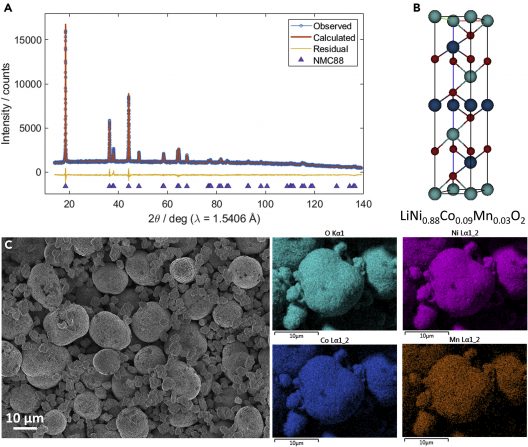 Another reader commented, “The reference: high energy density of 560 Wh/kg—based on the total weight of the active materials, means that this does not include the inactive and polymeric binder mass. Even if they quoted the Lithium full cell energy density, it is still only a lab specimen. Until a fully developed pouch or cylindrical cell is produced, you can only estimate battery energy density.

“Cuberg does have a product with a 369 Wh/kg energy density (though poor cycle life). Depending on the configuration (pouch, 2170, 4680, etc.) energy density would be in this range. The HIU research extended the cycle life by using a dual-anion ionic liquid electrolyte.”  Combining findings by researchers with commercial developments may be a way forward.  Whether Cuberg (and by acquisition, Northvolt) uses a similar chemistry or a nickel rich cathode is not known.

Good news comes through in that regard.  Northvolt, a Swedish company, acquired Cuberg, a California-based battery developer.  Cuberg has been working closely with Boeing and other customers, including BETA Technologies, Ampaire, and VoltAero. The company’s investors and financial backers include Boeing HorizonX Ventures, Activate.org, the California Energy Commission, the U.S. Department of Energy, and the TomKat Center at Stanford.

Northvolt has plants in Sweden, Germany, and Poland among other locations, and will, “Establish an advanced technology center in Silicon Valley based on the Cuberg acquisition and is actively hiring top battery industry talent to support these efforts.”  Acting as a bridge between European and North American battery development, the center will, “Bridge ongoing research efforts between Europe and North America. It will also serve as a testbed for methodologies leveraging digitalization, artificial intelligence and machine learning.” 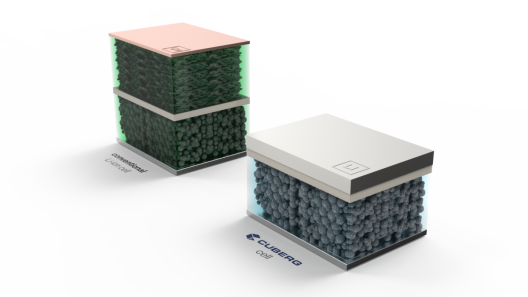 Northvolt’s multi-billion dollar backing will help the further commercialization of Cuberg’s efforts.  “’We are very excited to join forces with Northvolt to build the future of clean energy together,’ said Richard Wang, CEO and Co-Founder of Cuberg. ‘Northvolt brings incredible technology and manufacturing capabilities that will accelerate the commercialization and adoption of our lithium metal technology. Their deep engineering experience and bold spirit perfectly complement Cuberg’s own culture of rapid innovation.’”

Close on this announcement, Arizona-based Sion Power is making news at the upcoming Battery Show North America.  We’ll follow up on that in a few days.  Finally, changes and hope are coming to the battery business.