Erik Raymond is moving his shop and Sunseeker Duo project to Voghera, Italy, nestled in Northern Italy between Milan and Genoa.  He showed the completed airframe at this year’s Aero Expo at Friedrichshafen, Germany and discussed, no doubt, the future of electric aviation with Axel Lange, the CEO of Lange Aviation.  Lange has developed the Antares and Arcus electric motorgliders, both outstanding designs. 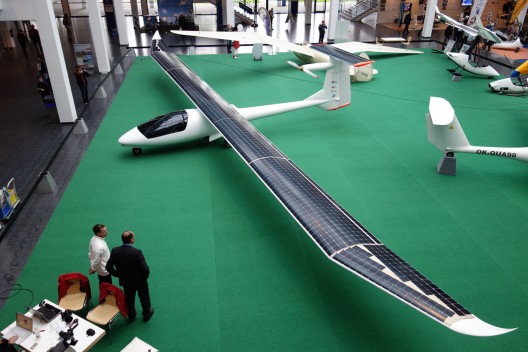 Following the Expo’s finale, Erik and his wife Irena drove south to Italy, where their enterprise will complete work on the Duo and plan for their proposed trips in unexplored realms– all on solar power. 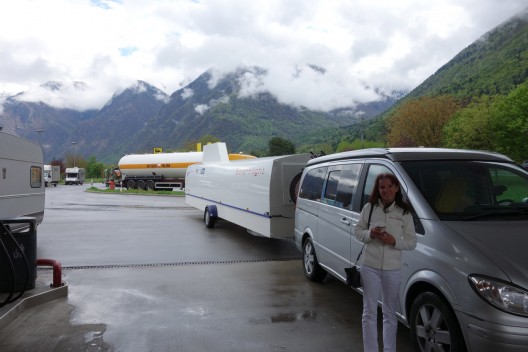 With Solar Impulse crossing the United States (which Erik did in 1990 in Sunseeker I) and more flights planned by other participants, we might see the next few years create an intensified interest in green aviation. 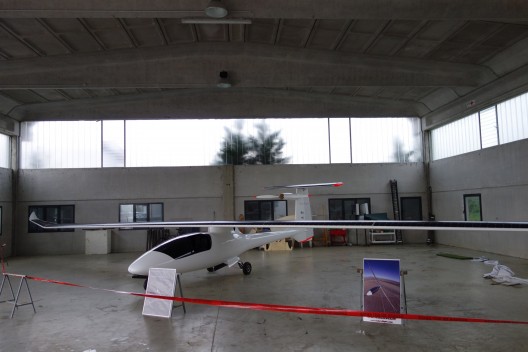 Erik notes that, “The solar cells used by the Duo are better than 50% more efficient than those used by Sunseeker II. While Sunseeker II is able to cruise in level flight on direct solar power, the Duo will have enough power to maintain a steady climb on direct solar power. The tricycle landing gear arrangement, familiar to all pilots, ensures that the Duo will operate normally at any airport in the world and folding wings give the airplane a hanger footprint no larger than a Cessna 172. The airplane can also be quickly disassembled and packed into a custom trailer.”

He further explains, “The Duo  realizes Solar Flight’s dream of a practical, high performance, 2-place solar powered airplane. With the US and Western Europe already well explored by Sunseekers I and II, Solar Flight is looking towards the dramatic landscapes of Eastern Europe and Western Asia for possible expeditions with the new airplane. Whether it is a day of local flying above the clouds, or a trans-continental adventure, Solar Flight is a new paradigm for aviation: adventure, freed from the constraints of fossil fuels.”