“If I were to make a prediction, I’d think there’s a good chance that it is not batteries. But capacitors.”  Karl Young, CEO of eXtreme Capacitor, Inc. started his presentation at the fifth annual Electric Aircraft Symposium with these words from Tesla Motor’s Elon Musk.  The reference to capacitors superseding batteries as an energy source for electric cars came from Musk’s address at the Cleantech Forum in San Francisco on 16 March 2011.

Young’s talk before the April 29 gathering in Santa Rosa, California detailed the double-layer supercapacitors his company produces, and what Young feels are the advantages these have over “traditional” lithium and other batteries.  He is “trying to overcome the issues of batteries,” including, according to Young, their weight, slow charge and discharge times, their short operational lifetimes (typically 500 to 3,000 cycles), and their toxicity and flammability. 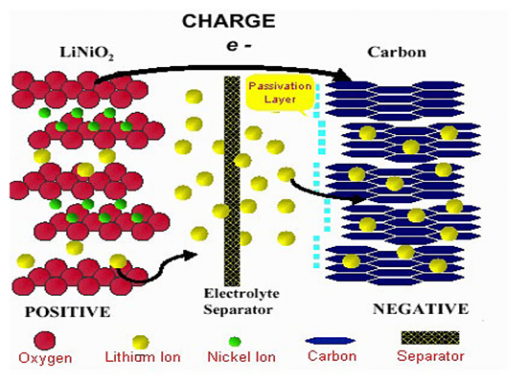 Young contrasted that with the specifications for his eXtreme X-Cap™ “double-layer capacitor-based energy storage technology,” which can last through over one million deep cycles, essentially making it a perpetual battery.  While batteries sometimes take hours to charge, ultracaps can be charged in minutes or even seconds.  Coupled with this is a “round-trip efficiency” of over 98 percent – meaning the capacitor loses less than two percent of the energy used to recharge it.  Lead-acid batteries have a round-trip efficiency of around 50 to 70 percent, and lithium cells might approach 95 percent. 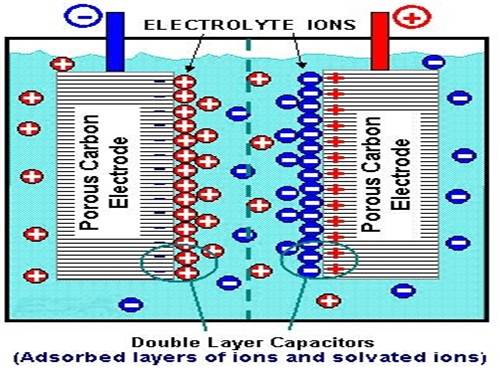 eXtreme’s high power-to-weight ratio, 250 Watt-hours per kilogram compared to lithium cells’ 128 watt-hours per kilogram, overcomes one objection to capacitors as energy storage devices.  Most capacitors have markedly higher power outputs over short times than batteries can deliver, but cannot produce that power for extended periods.  This makes capacitors wonderful for sprints, but not for marathons, but usually heavier as they extend their energy capacity.  X-Caps are also safer, not being made from toxic or flammable materials, according to Young.

He also noted a cost goal of $300 per kilowatt-hour, making them half to one-fifth the cost of current lithium batteries.  This would be a great deal less expensive than the $1,000 per kilowatt-hour projected last year by Carnegie Mellon University for the Chevrolet Volt battery pack – a price General Motors said was at least $200 over its estimates.

Activated carbon, used in currently available supercapacitors, but Carbon nanotubes are the big thing in making supercapacitors into ultra and eXtreme capacitors.  Massachusetts Institute of Technology researchers use a forest of carbon filaments as a way to gain additional area for electrodes, and some battery and capacitor manufacturers use a carbon nanontube paper, looking a bit random and loosely packed, to gain additional surface area.  eXtreme has developed a spinning method, which looks much like a textile manufacturing technique used in spinning wheels to pull individual strands of fleece together to make woolen yarn.  In this instance, carbon nanotubes are pulled together into long, three-dimensional structures that are light, strong, and provide a high “packing factor,” and therefore a high wetting area against which the battery’s electrolyte can react. 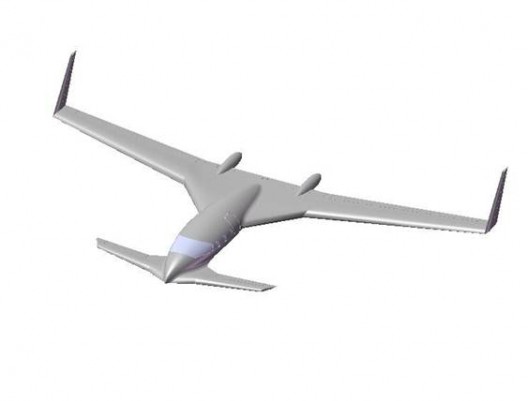 This lightweight, high-energy package seems ideal for aircraft use, and Young closed his presentation with a concept air taxi, the Electric Eagle, looking much like the Beechcraft Starship of the 1970’s, but a proprietary design of eXtreme Capacitor, Inc.  A 300 mph, 500-mile range aircraft, the Eagle would be a great demonstrator for the energy storage devices we trust can become a soon-realized reality.