We are endlessly fascinated by the largest, most powerful, or smallest and most infinitesimal of anything. Here we look at two extremes in electric propulsion. 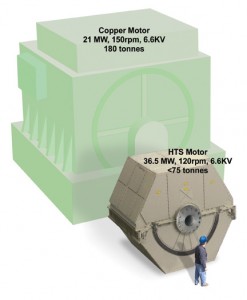 Lad, living in St. Petersburg, Russia, has constructed the diametrical opposite of the HTS.  His micro radio-controlled, electrically-powered model airplane weighs but 0.225 GRAMS – motor, R/C system, and battery.  In an R/C forum, readers were blown away by this accomplishment, needless to say, and the general hub-bub prompted this response from Lad.

“Thank you all for the congratulations.

“I cut 8.5 mAh Li-poly rebuilt up to 273 mg in halves in argon and sealed it with alu foil.
The battery was cut 6 days ago – no capacity reduction over time so far.
In the picture you’ll see the argon box. (Editor’s note:This is Lad’s inert-gas-filled miniature clean room, to prevent fires  from even this minuscule motivator. Li cells don’t take kindly to being punctured.)

The video cries out to be seen full screen, since the airplane is a brief flash in the lighter portions of the room.