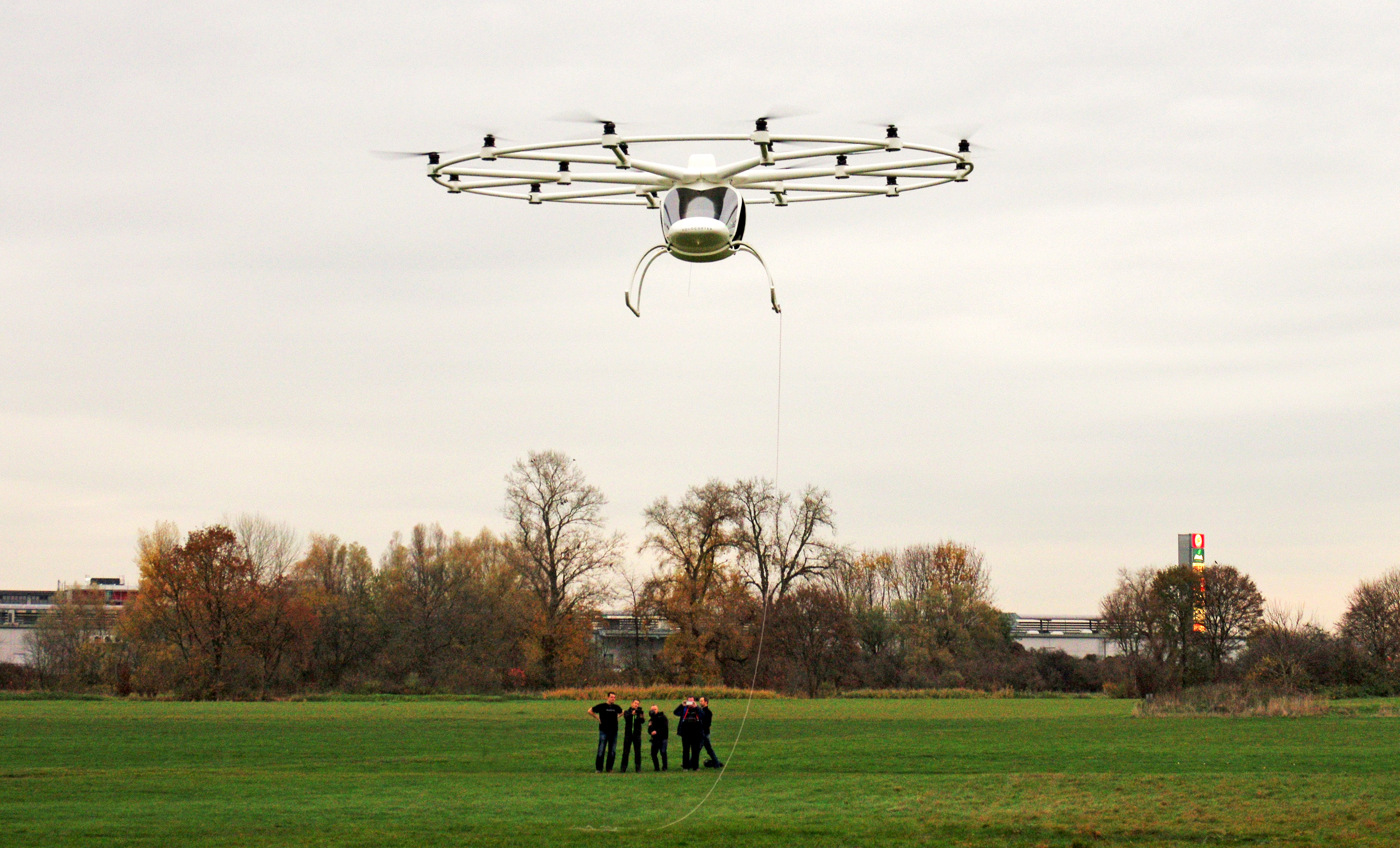 Helicopter flying has been compared to patting your stomach while rubbing your head, something few manage well, if at all.  Imagine trying to not only keep  the rudder pedals, cyclic and collective under control but also fiddling with 18 throttles.  Even a conventional helicopter is a handful with one engine or motor.  Maintaining level flight with multiple lifting points at different points around the central fuselage would add to that level of difficulty beyond most people’s mental processing levels. 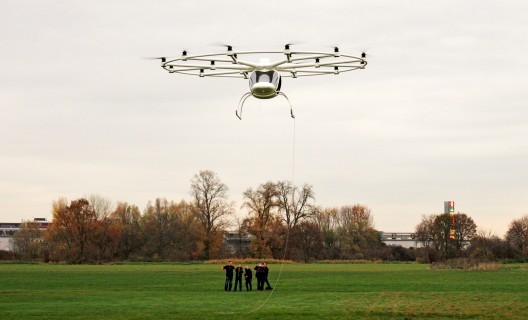 Luckily, someone at Volocopter has worked out a very clever and quick-witted set of algorithms to take the stress out of that high-risk conundrum, as proven by company CEO Alex Zosel’s recent flight – single-handed and even briefly hands-off.  Heike Blödorn, the firm’s public relations spokesperson, writes, “Alex Zosel is thrilled after his first flight and explained that ‘for years, we have claimed that the Volocopter is super easy to fly, now we’ve proven it in a very impressive way. I did not have any experience flying the VC200 before the flight. Nevertheless, it was extremely easy to control and land from the ground. This is a revolution in the history of helicopters. I thank our fantastic development team, which made this possible.’”

The craft’s automatic altitude control, position hold, and landing systems enabled Zosel to maintain height and position, even with turbulence or crosswinds.  He landed with simple operation of the altitude control, pressing down to indicate that he wanted to land the craft: the Volocopter isprogrammed to descend and automatically slow as it nears the ground, finally settling to a gentle touchdown.

All flight operations are programmed, in fact, to handle the attitude and direction of flight as taken from the pilot’s joystick.

eVolo reports that as soon as all requirements of the responsible aviation authorities are fulfilled, first manned flights will follow shortly.

Future plans include vehicles of different sizes using the highly adaptable power and control systems developed over the last four years.  This will even include an optional pusher propeller in the tail to obtain higher forward speeds, and a serial hybrid system to gain additional endurance and range.  With currently available batteries, the craft can stay aloft for about 20 minutes.

All Volocopters will have the advantage of extreme redundancy, the current two-seater having 18 motors, arranged on six branches of three each.  Failure of any one motor brings the others into jointly assuming the necessary tasks.  The pilot can even relegate control to the aircraft itself by pushing an emergency button.  The craft stops in midair, stabilizes, and glides to the ground.  If an unlikely extreme fault occurs, a large parachute will bring the Volocopter and its occupants down safely.

Conventional helicopters require complex systems to coordinate blade angles, torque correction and other elements necessary for maneuverability and stability in flight.  The Volocopter has 18 identical power systems all with fixed-pitch propellers.  Software, rather than hardware, enables precise control, low maintenance, and safety.

The company sums up that the Volocopter:

Addendum: Klaus Burkhard, editor of his own web site and blog on ultralight sailplanes, has contributed several great stories here, and adds an even better entry  on the Volocopter.  The pictures of the control stick alone are worth the cost of admission.  To demonstrate his ability to be brilliant in more than one language, he provides the text in both German and English.