Martin Koxxy, a mechanical designer for a micro-electronics firm in Beaverton, Oregon, has crafted his e-Gull, a design by Mark Beierle, over the last two years.  The airplane reflects Martin’s care and skills, with simplicity and attention to detail that makes it an airworthy jewel.   The paint lines on the fuselage roll neatly into the door flanges, both on the fuselage and on the door, for instance. 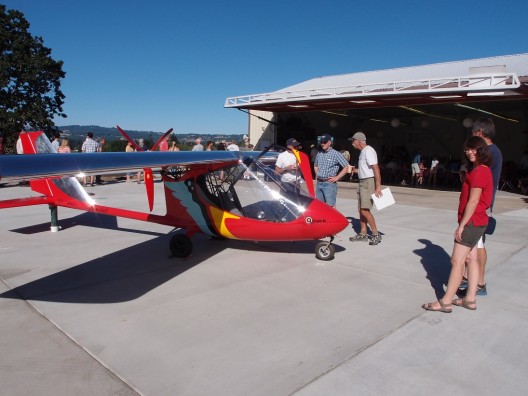 The cynosure of all eyes at EAA Chapter 105’s Fly-in Breakfast last month, Quark brought a great many positive responses

Showing his expertise with electronics, Martin’s all-glass cockpit includes a moving map via a Samsung tablet, a miniature EFIS (Electronic Flight Instrument System) by GRT Avionics, and a Cycle-Analyst, a device normally used by bicyclists with electric motor assist.  It monitors battery, motor and controller status among other things.  The latest version is priced at $159.95, making it an economical way to keep track of your powerplant.  Mark showed a battered smartphone (must have been a Timex®, since it obviously took a licking and kept on …ticking) that displayed the motor, battery, and controller temperatures remotely, as well as the charge remaining in the battery, all taken from the on-board sensors. 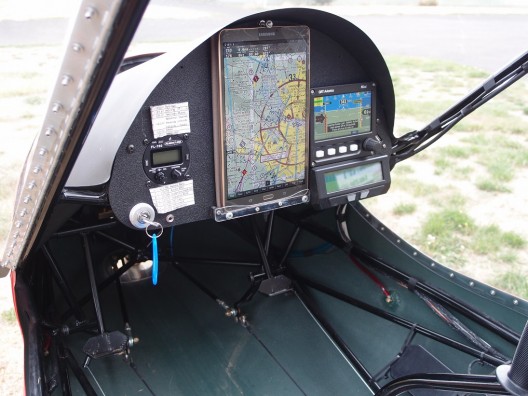 All-glass panel has Samsung tablet with moving map, GRT mini-EFIS, and Cycle-Analyst, a budget package for all the information imparted.  Large panels are easily read in bright sunlight.  Radio is on left

As nice as the workmanship is, It competes with the latest version of the Zero motorcycle motor and a simplified propeller speed reduction unit designed by Beierle.  The PSRU is nine pounds lighter than the Rotax C gearbox it replaces.

Because Martin will be flying his machine out of Bob and Betty Stark’s Twin Oaks Airpark near Hillsboro, Oregon, regulations at the field required an unusual set of circumstances to allow future flights.  First, Martin needed to be checked out on the airplane so that Mark could certify him as competent to fly.  Because the airplane is single place, Martin could not fly solo at Twin Oaks until after being checked out. 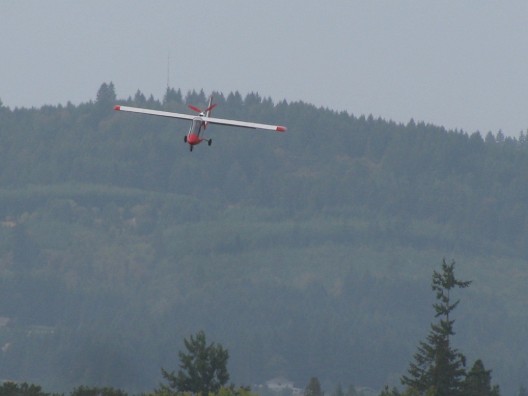 Mark Beierle flew the Quark to McMinnville, a much larger field about 18 air miles away.  Martin met him there, did crow-hops and touch-and-goes until Mark was satisfied with his performance, signed him off and the next morning, flew the airplane back to Twin Oaks.  Martin drove there and met Mark a few minutes after the landing.  After a brief debriefing, Martin drove Mark back to his car so he could return to California and another project. 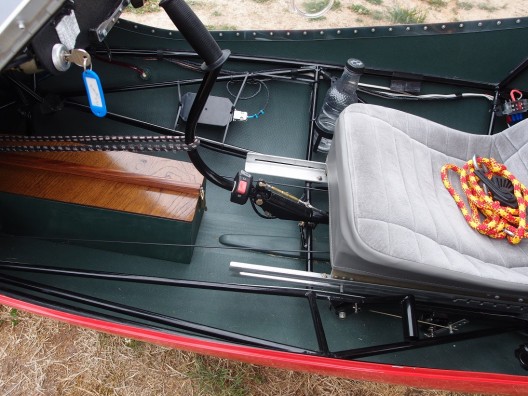 Mark reported he had flown from McMinnville at “legal ultralight speed,” 55 knots or 63 mph.   When he approached from the south, observers on the ground could not hear the airplane until it had entered the field’s boundaries.  Even flying directly overhead, the most discernible sound was that of its propeller.  The short takeoff, rapid climb, and steep approach made possible with the airplane’s large flaps would make this a commuter aircraft that could fly out of a NASA/CAFE pocket airpark and not raise neighbors’ hackles. 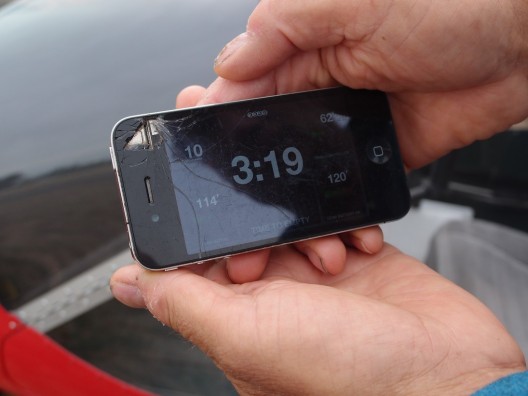 While Dick Van Grunsven’s Lange Antares was the first electric aircraft in Oregon – over five years later we have seen two more battery-powered craft emerge in one week.  There will doubtless be another hiatus, but the interest engendered by these new arrivals may start breaking the barriers to acceptance.