Imagine covering your electric airplane with a light-collecting, energetic coating that generates enough juice to extend the battery-only range of your electric airplane.  That possibility comes to mind from seeing recent articles about Heliatek’s organic solar cells, which demonstrated a solar-collecting efficiency of 13.2 percent.

That’s only about one-third of what the best silicon solar cells can do, but those tend to be relatively thick, heavy, and brittle.  Heliatek has managed to make a six-layer thin-film cell in which the active layers are only 250 nanometers (0.00000984252 inches) thick.   Sandwiched within protective layers and weighing less than a kilogram per square meter (a few ounces per square foot) HeliaFilm™ can be wrapped around a radius of 10 centimeters (just under four inches).

Performance figures are for opaque cells. Transparent cells which could be placed on windows or canopies have a transparency level up to 50 percent and an efficiency of six percent.

HeliaFilm® is available in lengths from 0.3 to 2.0 meters (slightly under a foot to a little over 6.5 feet).  Lengths greater than that are available on request.

Heliatek predicts a service life of 25 years for the material.

A next step might be to go from film to coatings, similar to paint or stain that could be applied to surfaces.  Rather than conventional cells with limited solar capture angles, Heliatek works in low-light and “off-angle” conditions.  Its makers say that installations in Singapore demonstrate overall better performance with the lower-efficiency thin films than with “thick” silicon cells.

Similar flexible cells have shown up on boat sails, extending range for electric motors, cleaning up engine rooms and reducing or eliminating emissions.  Again, the sails benefit from their abilities in less than optimum solar conditions.

The Ultimate Flexibility – Paint it On 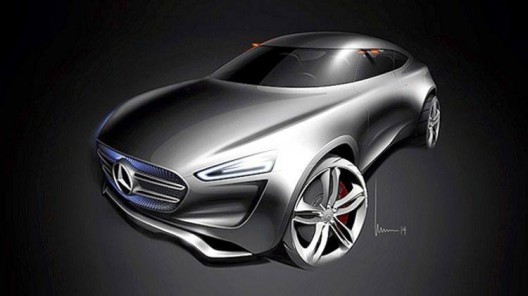 Mercedes G-Code concept car uses solar-energy collecting paint that also makes electricity from the wind passing over its body – even when at rest.  Transparent cells could even make windshields and windows energy collectors

Two years ago, Mercedes rolled out its G-Code concept car, finished in an organic “multi-voltaic silver” paint that harvests solar and even wind energy.  This kind of coating could charge batteries or run air conditioners even while the car is sitting still.  (Click here for a detailed paper on generating electricity with friction – even the wind blowing over a surface.)  Imagine this type of solar technology applied to aircraft, which are not always aligned with an ideal relationship with the sun.  Combining this with nano wind power, as in triboelectric nano-generators, is an interesting possibility.