Robert Cringely, writing in EVWorld.com foresees a paradigm-shifting event that will happen sooner rather than later.  “A black swan is what we call an unexpected technical innovation that disrupts existing markets. Intrinsic to the whole black swan concept is that you can’t predict them: they come when they come.  Only today I think I’ll predict a black swan, thank you, and explain exactly how the automobile business is about to be disrupted. I think we’re about two years away from a total disruption of the automobile business by electric cars.”

He quotes the respected auto journalist Robert Cumberford.  “’I see the acceptance of electric cars happening in a sudden rush. Maybe not this year, maybe not for a couple of years yet. But it will happen in a magic rush, just as the generalized adoption of computers happened in only a few years’”.

Here, the blog looks at three potential “black swan” battery technologies.  Although the story of the black swan usually associates the creature with darkness and an evil mystique, the birds here may indeed be forces for a better future.

Similar in some respects to the Bay Area’s Polyplus Battery Company, which coats its aqueous-based lithium electrodes to protect them from even salt water, Mei University’s experimental cells may store more energy and last longer than conventional lithium units.  Nobuyuki Imanishi, Ph.D. and his team  added a protective material to the lithium metal.  One drawback of this is that most such coatings decrease the battery’s power.  Imanishi’s researchers tried layering a highly-conductive polymer electrolyte with a solid electrolyte in between the lithium electrode and the watery solution. 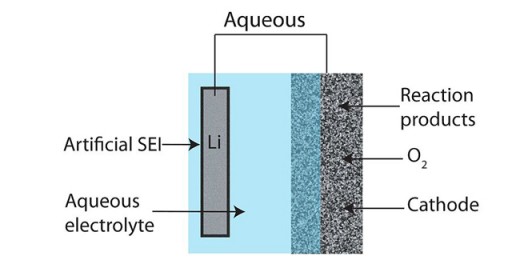 The result, according to Imanishi’s paper for a recent meeting of the American Chemical Society, is a unit with the potential to pack almost twice the energy storage capacity, as measured in Watt hours per kilogram (Wh/kg), as a lithium-ion battery.

“Our system’s practical energy density is more than 300 Wh/kg,” Imanishi said. “That’s in contrast to the energy density of a commercial lithium-ion battery, which is far lower, only around 150 Wh/kg.”

So far, the unit has undergone over 100 charge/discharge cycles without notable losses, but more will determine whether this type of battery would have a credible EV life.

Imanishi’s work was supported by the Japan Science and Technology Agency.

Tadhg Kennedy and his research team members at the University of Limerick and University College Cork share this:

“Here we report the formation of high-performance and high-capacity lithium-ion battery anodes from high-density germanium nanowire arrays grown directly from the current collector. The anodes retain capacities of 900 mAh/g after 1100 cycles with excellent rate performance characteristics, even at very high discharge rates of 20–100C. We show by an ex situ high-resolution transmission electron microscopy and high-resolution scanning electron microscopy study that this performance can be attributed numberswiki.com

to the complete restructuring of the nanowires that occurs within the first 100 cycles to form a continuous porous network that is mechanically robust. Once formed, this restructured anode retains a remarkably stable capacity with a drop of only 0.01% per cycle thereafter. As this approach encompasses a low energy processing method where all the material is electrochemically active and binder free, the extended cycle life and rate performance characteristics demonstrated makes these anodes highly attractive for the most demanding lithium-ion applications such as long-range battery electric vehicles.”

Last September, the blog looked at a way of growing a carbon nanotube “forest” on a substrate, then chopping down and rolling the nanotube strands into a cylinder that formed an electrode.  Kennedy and his researchers used a similar approach to grow germanium nanowire arrays on a steel current collector substrate.

The low-energy manufacturing technique and retention of high capacities, especially at the more gentle C rate, promises a long-life type of battery with good power capabilities.

The most commercialized (so far) of the three technologies comes from an American firm proud of its corporate and intellectual affiliations.   “Financed by the world’s top cleantech fund, Khosla Ventures, and the world’s largest automotive investor, General Motors Ventures, the company has been recognized for its innovative approaches in Inc., Time, Automotive Engineering, the New York Times, Washington Post, NPR and other media. 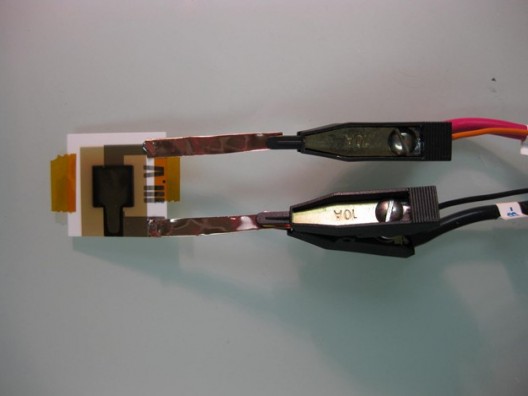 Sakti 3 heralds its manufacturing techniques as being an integral part of its technology.  “Process technology is a big part of what we do. We focused on robust processes. We methodically integrated vacuum technology into our tools which preserved good cell properties, while enabling high quality, large scale production. Today, Sakti’s technology offers high production rates, and scalable, low CAPEX (capital expenditure)-to-revenue production methods that have demonstrated very high energy density battery cells. Our aim is to build batteries everywhere – for all kinds of applications.”

While Sakti 3 is coy about its actual technology, it promotes its solid-state technology that would reduce the size and weight of lithium batteries, as well as the manufacturing costs.  That’s brought over $30 million in funding from Khosla and GM.

In an interview on the “Car Talk” web site, company founder and CEO Anne Marie Sastry said “the company can, in two years, produce cells at half the cost of conventional li-ion, but with double the energy density and half the weight. And they’ll also be very safe, she says. If true, that’s darned disruptive!”

The “next-generation” battery that’s shown at the end of this short video is part of Sakti’s appeal.