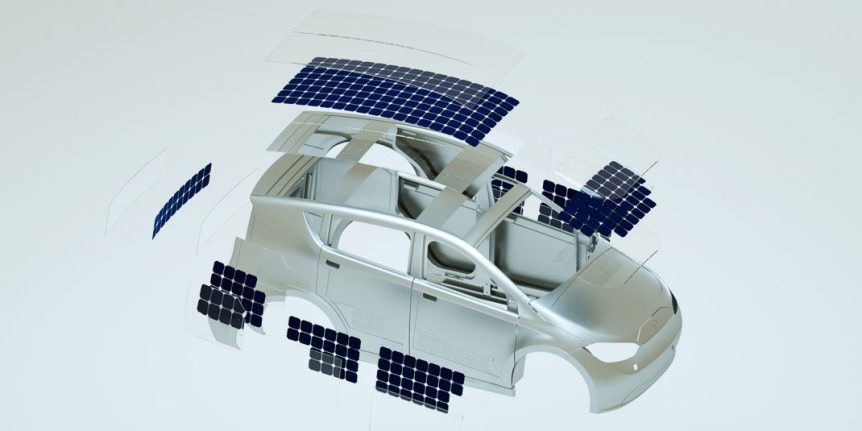 In the next decade, your new car may not only be electric or hybrid, but solar powered.  A speaker from an Italian auto firm told a symposium your editor attended five years ago that solar roofs on cars could provide up to 30 free kilometers for an electric car each day.  That 18 miles would be a gift indeed, but at least three innovators are working toward making that an underachievement.

Sono Motors and their Sion 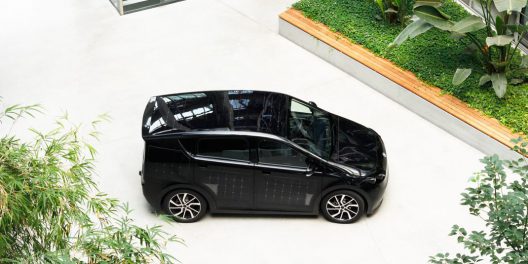 To keep the cost within the 16,000 euros promised in their fundraising campaign, the designers left out the 30 kilowatt battery, good for 250 kilometers (155 miles).  This seeming lack enables buyers to purchase a pack at current prices (and with current capabilities), or lease a battery pack that would be upgraded regularly with the latest, greatest technology.

Australia just staged the World Solar Challenge, a cross-country race for solar cars, part of a heritage of 13 solar races dating back to 1987.  The winner in the Cruiser class may be going for commercialization, too.  More swoopy than the Sion, Stella is as five seater as well, and the video from the Eindhoven Technical University in the Netherlands emphasizes its virtues as a family car.

More a purely solar car than the others, Stella has a 12.5 kilowatt-hour battery, and relies on its roof-top solar cells to give it its 130 kilometer per hour speed.  Solar Team Eindhoven shares its design philosophy in this summary:

“Our solar car is unique because she is a five-seater family car which focusses around efficiency without losing practicality. Through a smart charging and discharging system she charges the battery when the demand of energy from the grid is high and vice versa. Any surplus of energy generated can easily be supplied back to the grid. Whilst driving, the car gives subtle feedback on the driving behavior of the user. In addition, through the solar navigator she gives advice on efficient routes, efficient driving speed and the best parking location to generate as much solar energy as possible.”

And in San Francisco, Otherlab is developing a solar-powered vehicle through a subsidiary, Lightfoot Electric.  The project leaders explain the car in this terse form:

“Lightfoot Electric is building the next paradigm in urban transportation, the solar-electric hybrid car. Because cars are built for highways but we live in cities. Because 80% of trips taken in the US are less than 20 miles. Because lithium-ion batteries and brushless motors. Because the sun isn’t going anywhere fast, but you are. Hassle free. Guilt free. Carbon free. 3,500 hundred miles a year free.”

Lightfoot solar car will be boxy, simple, according to sketch

Otherlab describes the car as being “built like a helmet to protect you and your family,” and being “right-sized” and “digitally fabricated.”  They haven’t released photos or other material on the car, but you can sign up for a newsletter to keep abreast of the project.

With automobiles showing that solar cells can add range to their daily use, aircraft, with greater surface areas and the ability to fly above clouds, can definitely benefit from lower-cost solar cells such automotive uses may promote.  Developers, with a larger market to promote, will probably invest in increased efficiency for their vehicles.  Automated manufacturing techniques created for ground vehicles may also apply to future flight.  Lighter, stronger, more efficient vehicles will benefit us all, and the planet.