Oliver Garrow, President of Garrow Aircraft, LLC in Mountain View, California, has been developing the Verticopter® concept for the last several years, and made a dinner presentation on his design at last year’s Electric Aircraft Symposium. 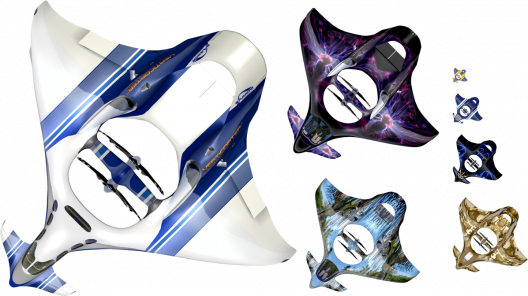 Verticopters will come in all sizes, with a single-seater ultralight as an entry-level machine and an inexpensive way to test the concept, especially when one uses a low-cost model aircraft motor unit from Turnigy (distributed by HobbyKing in Hong-Kong, P/N CA120-70), and a SPIN 300 Optically-isolated electronic speed controller (ESC) from Jeti for power – at least for the wing-tip thrusters.  The motor shown costs a mere $299 for its promised 20 horsepower, while similar German and American units run over $1,000, with similarly high prices for controllers. 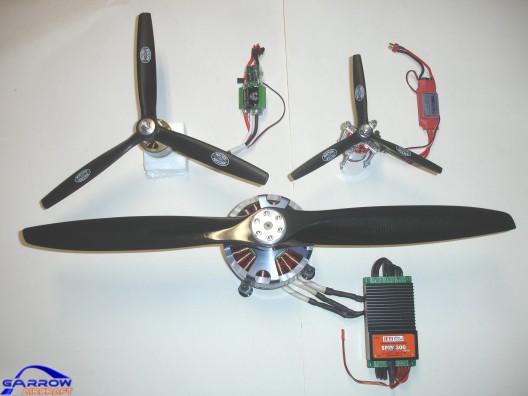 Testing shown in the video was carried out with lithium-polymer battery packs arranged in a 16S2P configuration (16 cells in series, 2 in parallel) pack.  Four of these packs arranged in series provide 2,650 milliamp hours of energy storage, enough to spin a 24-inch diameter, 10-inch pitch carbon propeller and produce 57 pounds of static thrust at 9,370 rpm.

The Turnigy is an outrunner motor, meaning the center of the motor is stationary (the stator) while the rotating part (the rotor) spins about its central core.  The propeller is attached to the rotating motor mass, much like that of a WWI rotary engine.  This configuration has been found to provide extra torque, since the diameter of the powered portion can grow to accommodate the needs of the design.  Inrunners are constricted within the outer diameter of the stationary case, and usually run at higher speeds to develop the power required.

Garrow notes, “This benchmark is linked to wingtip puffer ground testing including propeller calibration for our 1S UL.”  It will be interesting to follow the testing to see how hobby-level model airplane motors hold up to the demands of real aircraft, although Garrow plans on upgrading motors once ground testing is complete.