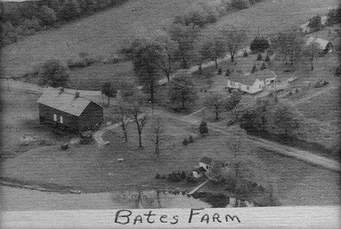 Fahrt is German for drive, to clear things up immediately.  Both Toyota and BMW are experimenting with the cruder form of the word, though, to bring about greener, cleaner driving.  Both have bio-energy plans that use animal and even human waste to generate methane – a greenhouse gas that when burnt, combats air pollution.  Variations on the theme may someday power our aircraft.

Harold Bate and a Little Prehistory

This is not a new idea.  Harold Bate, a Devonshire farmer, became a counter-culture hero in the 1970s by powering his Hillman Minx sedan with manure.  Like all visionaries, Harold was a bit ahead of his time, but became well known and envied when the Arab oil embargo of that decade left motorists waiting in line for fuel and confronted with rationing for the first time since WWII.

The charming film from the National Film Board of Canada highlights the simplicity of his homegrown approach and the depth of his understanding.  We should have paid attention then.  At about the 10-minute mark, note the pile of correspondence he received from all over the world, probably encouraged by the write-ups his work received in publications such as Mother Earth News.

40 years later, Toyota has a similar, but much larger, program to use the manure plentifully available in feedlots from Sacramento to Bakersfield, easily seen from the I-5 or California 99-S.

Toyota claims their Tri-Gen program, “will generate on-site hydrogen to supply Toyota Fuel Cell Vehicles, including [their] Project Portal Heavy-Duty Truck Concept.”  The world’s first megawatt-scale carbonate fuel cell generation plant will include a hydrogen fueling station to power Toyota’s operations at the Port of Long Beach.  Tri-Gen will generate water, 2.35 megawatts of electricity and a half-ton of hydrogen, powering the equivalent of 2,350 average-sized homes and meeting the daily driving needs of nearly 1,500 vehicles, according to Toyota.  “The power generation facility will be 100% renewable, supplying Toyota Logistics Services’ (TLS) operations at the Port and making them the first Toyota facility in North America to use 100% renewable power.”

Such conversions have the added benefit of keeping animal waste from flowing into streams and rivers, polluting the water and killing fish and other wildlife.
Eschewing development of purely battery-powered cars, Toyota has been pursuing its goal, “To develop a hydrogen society. In addition to serving as a key proof-of-concept for 100% renewable, local hydrogen generation at scale, the facility will supply all Toyota fuel cell vehicles moving through the Port, including new deliveries of the Mirai sedan and Toyota’s Heavy Duty hydrogen fuel cell class 8 truck, known as Project Portal. To support these refueling operations, Toyota has also built one of the largest hydrogen fueling stations in the world on-site with the help of Air Liquide.”

Toyota explains, “Tri-Gen has been developed by FuelCell Energy with the support of the US Department of Energy, California agencies including the California Air Resources Board, South Coast Air Quality Management District, Orange County Sanitation District, and the University of California at Irvine, whose research helped develop the core technology. The facility exceeds California’s strict air quality standards and advances the overall goals of the California Air Resources Board, the California Energy Commission, and the Air Quality Management Districts of the South Coast and the Bay Area, who have been leaders in the work to reduce emissions and improve air quality.”

Eyeing a potential market for their Mirai fuel cell vehicle, Toyota, “Remains committed  to supporting the development of a consumer- facing hydrogen infrastructure to realize the potential of fuel cell vehicles.”  The company will work with Shell to expand the number of H2 fueling stations from the 31 now in service.

For at least the past four years, BMW has been using cow manure, chicken poop, and human waste as sources for clean fuel for its Rosslyn factory new Pretoria, South Africa.  Although powering the manufacture of their cars, BMW is not powering their road vehicles directly with biowaste.

According to Car and Driver, BMW’s “Rosslyn factory near Pretoria, South Africa, gets about a quarter of its electricity from a nearby biogas plant and has for over two years now. The waste comes from area cattle farms, chicken coops, and the three million residents of greater Tshwane. (Never heard of it? It’s Pretoria’s metropolitan region, and it has about the population of the city of Chicago in an area ten times as large.)”

BMW’s plant Spartanburg, South Carolina plant “draws even more of its power from methane gas, piped in from a landfill about 10 miles away. Two on-site turbines generate nearly half of the factory’s energy requirements, reducing its footprint by 92,000 tons of CO2 (and its electric bill by $3.5 million) each year.”

One of the ten cleanest on-site power generation facilities in the U. S., Spartanburg powers “350 forklifts, tuggers, and material trains humming around the body shops, paint shops, and assembly halls,” with hydrogen fuel cells.  The 24,000-square-foot museum on site gets its electricity from solar power, “with enough left over to supply three public EV-charging stations outside.”

Worldwide, BMW pulls 63 percent of its energy requirements from renewable resources, showing that even at the manufacturing end, vehicles can be made cleaner.  Working toward a 2020 goal of reaching the 100-percent level, the company installed wind turbines at its battery farm in Leipzig, Germany and is considering a similar installation in Spartanburg.

While our airplanes may not immediately convert to all-electric power, internal combustion engines can run on hydrogen or liquid biofuels – all the sweeter if they come from green sources.