In “Two Motors and Everything But Coffee,” our entry for February 28, we detailed Pierre-Jean Beney’s Hacker motor-powered Trikebuggy.  Pierre-Jean wants to change things, including, “The motor, the prop, the battery and the wing… So I am still somewhat away from where I want to have….”

Currently, it takes 2,000 propeller revolutions per minute to maintain level flight.  The LiF2PO4 batteries allow a current draw of 160 Amps at 48 Volts, and will produce level flight power for about 22 minutes at this rate.  These are, according to Pierre-Jean, very safe batteries, but heavy.

Pierre-Jean’s new batteries are Li-Po, which will give 52 Volts at the same amperage, but are, in his estimation, less safe.  They are also lighter, weighing only 6.6 kilograms (about 14.5 pounds), and have lower internal resistance.  The pictures below show the relative size of the old and new batteries. 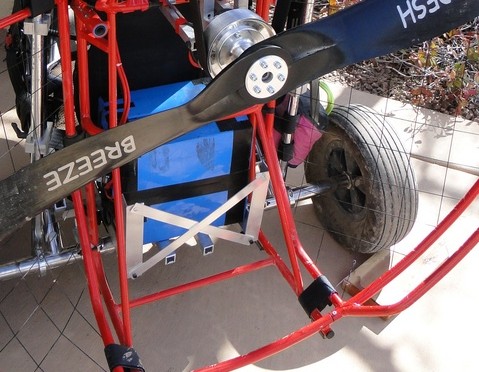 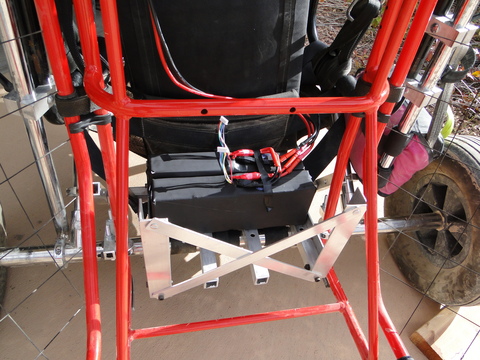 You can follow Pierre-Jean’s experiments on the Trikebuggy Owners’ Yahoo Group and see additional photos of his and other Trikebuggies.