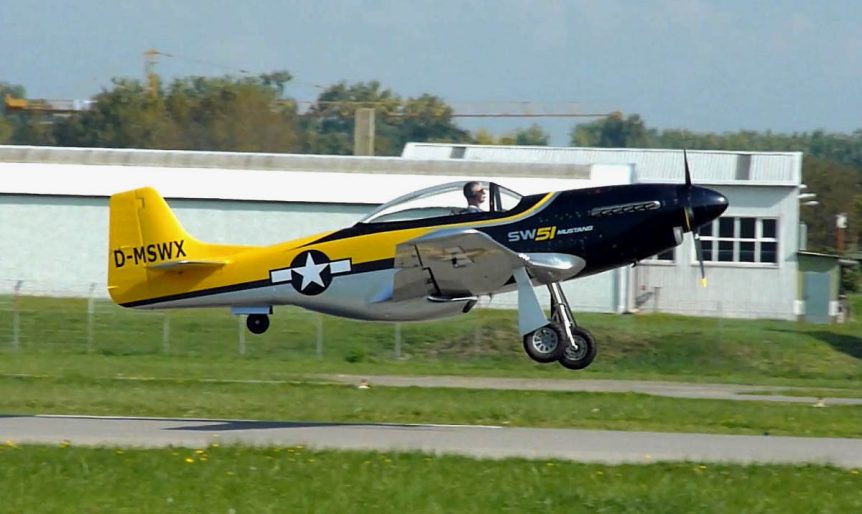 Your editor saw this Tweet from Frank Anton, head of Siemens eAircraft:

This caused your editor to go quickly to the ScaleWings home page, where a beautiful P-51 Mustang in 70-percent scale dazzles.  The airplane is available in Ultralight, Light Sport Aircraft, and Experimental configurations using engines from the UL and Rotax lines up to a Chevrolet LS300, with a supercharged variant offering up to 600 horsepower.  Their brochure, in German or English gives a great overview of the features of this carbon-fiber replica.

Scalewings has an even more exciting powerplant on the way, especially for those of us who value our own hides.  Their triple-redundant engine/motor combines a naturally-aspirated four-stroke engine, a turbocharged four-stroke engine, and an electric motor.  If any one unit fails, the plane can fly the other two. 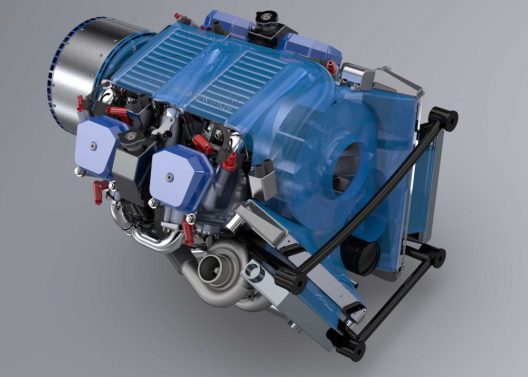 One V-twin engine is naturally-aspirated, one is turbocharged, and they both share their shaft with an electric motor

Flyer Magazine quotes Hans Schwöller, described as a “mastermind” on the company’s website  and managing director of the ScaleWings group, explaining his “secret recipe”:

“’The ground-breaking concept of the multiple-redundant aircraft engine consists, in its standard configuration, of three interlocking engines of which two work on the basis of efficient two-cylinder 4-stroke injection engines.

“’The third drive in the form of a high-performance, state of the art electric motor, delivers enormous additional performance, as required, or can also be used for noise protection for accelerating, take-off and climbing to cruising altitude.’”

The integration of all these units in the same casing and using the same crankshaft is a bit of magic, and the sharing of support mechanisms is even more intriguing. 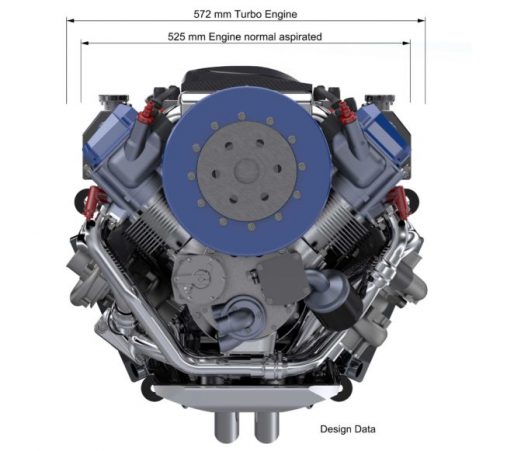 Compact dimensions of what is essentially two V-twin engines, one electric motor

Schwöller continues, ““It is irrelevant if the oil or water cooling system fails or important engine components such as engine control, injection, ignition, crankshaft, connecting rods or valves fail. The drive even continues to work if engine components become fully blocked. Flight can even continue with just one single functioning module.’”

Other firms’ projects to create redundant internal combustion/electric hybrid motors have not been this elaborate.  Flight Design and Rotax collaborated on a system originally intended to power that company’s CT Light Sport Aircraft, but which ended up powering Embry Riddle’s EcoEagle in the 2011 Green Flight Challenge.  Another product, Axter’s electric motor mounted on the nose of a Rotax engine, was originally designed to allow 20 minutes of flight on battery power if the engine failed.  They now have a newer version but don’t show specifications for that option.

Scalewing’s engine comprises these modules, which can be assembled in a variety of way, apparently:

Since the Mustang can manage something as powerful as a 600-horsepower LS300 engine, it will manage the hybrid with ease.  The engine itself gives hopes that it will be available to other designers who see merit in the reliability it should provide.  Your editor thinks it may derive great interest from the eVTOL market, especially.