Michael Kellermann, well known for his conversion of Briggs & Stratton engines into ultralight powerplants, has designed the Schwarze Elektro Minimum, a hang glider mounting two model aircraft electric motors (looking a lot like Turnigies) for launching from smooth surfaces and elevating its 180 kilogram (396 pound) mass up to 500 meters (1,600 feet). The prototype “will still merit improvement,” with plans for a folding propeller and fairing to smooth airflow around the power system. The Minimum sports two 31 Amp-hour, 26 Volts battery packs which add a mere 14 kilograms to gross weight and allow the two motors to produce 10 kilowatts (13.4 horsepower). 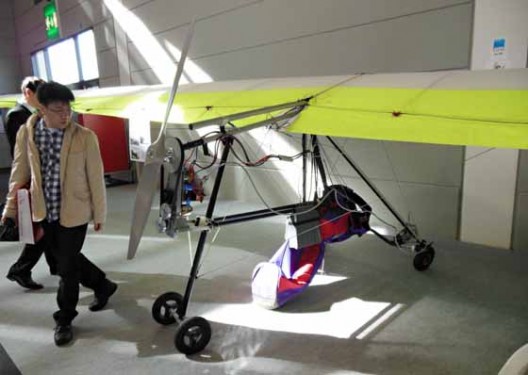 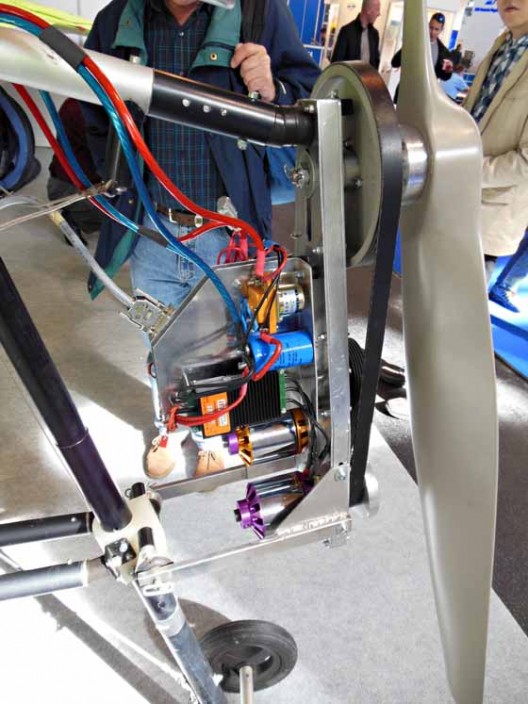 La Mouette, a French firm which crafted the hydrogen fuel-cell-powered “trike” that flew the English Channel two years ago, has a bigger, one-plus-one trike using an HPD 10 or 13.5 motor (10 kW and 13.5 kW – 13.4 to 18 horsepower). With an empty weight of only 26 kilograms, “Samson” lives up to its name, being able to carry a payload of 220 kilograms with a 19 square meter (204.5 square feet) wing that weighs 35 kilogram (77 pounds). This means it can haul 60 Amp-hour or 110 Ah battery packs weighing 21kg and 34 kg (46.2 and 74.8 pounds) respectively, and one pilot for extended durations, with an additional (small) passenger for shorter hops. 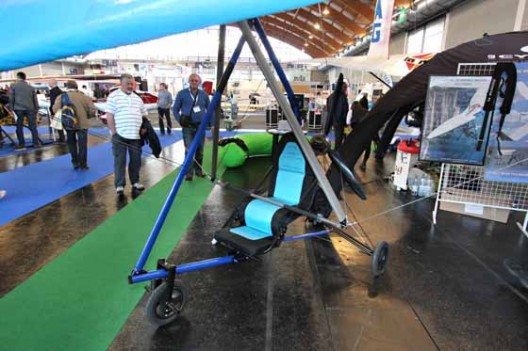 Fliers can alternatively mount 12 or 14 square meters (129 to 150.7 square feet), which will make it a speedier ride. It can be folded into a small enough package to fit in the trunk of a car, with the wing strapped to a roof rack.