If you are young enough and in good physical condition, dragging a 100-pound ultralight airplane to the top of a hill and hopping off allows an incredibly low operating cost for a very green aviation experience.  As one gets older, this kind of flight is still attractive, but some form of landing gear or training wheels, and quite often, some form of motive power, become necessary. 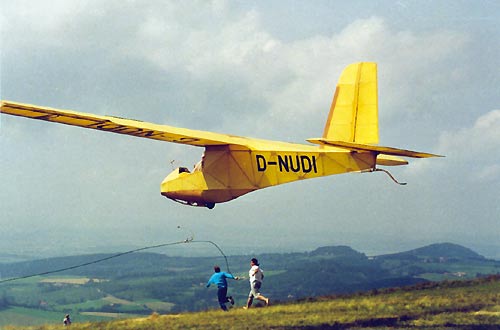 ULF-1 being bungee-cord launched. Pilot can also lower his or her gear to foot launch into a stiff breeze

The German ULF-1 has been around for several years, prompting several builders to put their own distinct look on the vintage-looking sailplane.   In fact, over 40 of the microlift-capable craft have been built from plans supplied by designer Dieter Reich.  ULF-1 is a highly capable vehicle, with the longest flight so far lasting six hours and the furthest distance flown around 140 kilometers (87 miles).  The original was constructed by Heiner Neumann, and each example built since has incorporated the usual homebuilder’s touches to each new version. 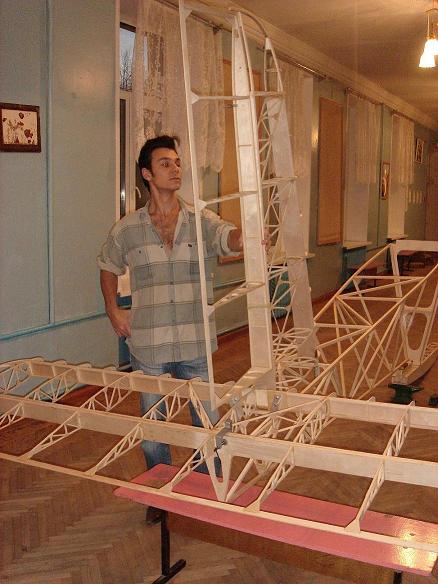 This Russian link gives a view of an EAA member building the basic wooden frame.  Note all the “fiddly bits” required to keep weight down.  Much of this could be done with bargain bags of spruce from Aircraft Spruce and a lot of uninterrupted time. 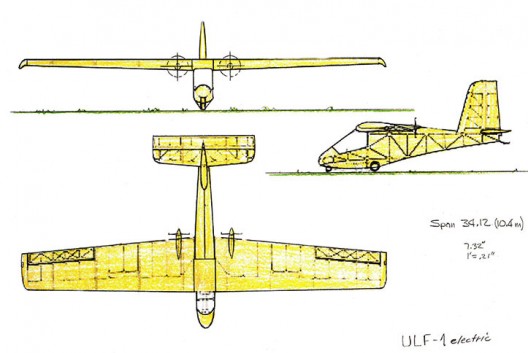 Klaus Burkhard, who oversees a splendid web site on ultralight sailplanes, advises that a very different variant is going together in Charlotte, North Carolina.  He calls it “a very exciting / revolutionary E-Project, and notes that “Holliday Obrecht and his crew,” are crafting “some remarkable alterations, the most exciting one… a 2-motor electric drive for enabling the ULF-1 to be self-launched.  Please see my new blog describing the project, which might be of interest for you.” 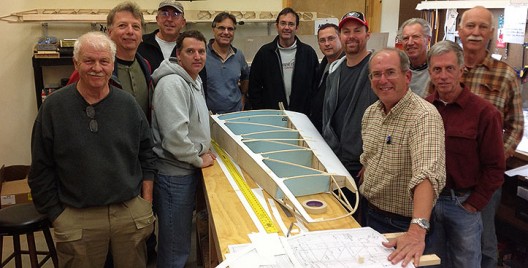 Burkhard thinks the “technical amendments ‘Made in [the] USA’” are an “absolute quantum leap from the original design, comparable to the differences between the original Zeppelins’ construction to the high-technology versions floating over Friedrichshafen today.   Burkhard acknowledges the “E” suffix represents the electrical, self-launching hopes for the craft, but the construction marks a “New Technology” that calls for a “more appropriate model-designation “ULF-1 NT,” rather than just calling it the “Obrecht ULF-1E.”

The two electric motors will drive four-bladed folding pusher propellers.  To compensate for that added weight to the rear of the craft, the nose has been extended 200 millimeters (7-7/8 inches).

Burhard’s entry highlights the other, often high-tech ways the builders are maintaining the 115 kilogram (254 pound) empty weight that will allow flight under FAR Part 103 ultralight rules in America. 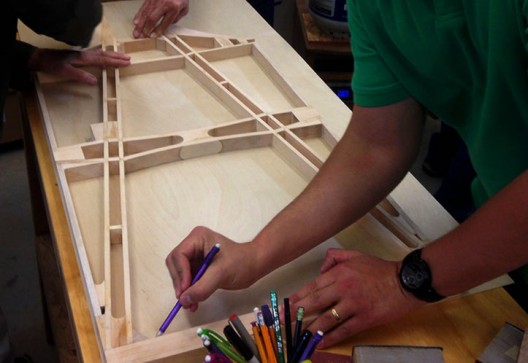 Despite substitution of chunks of Styrofoam for thin strips of wood, much careful fitting is still required

The complex wooden construction has been simplified with CNC-cut Styrofoam™ ribs, although the pictures show a still-involved wooden structure that requires (and seems to be getting) attention to meticulous joinery.  Burkhard points out that the team is not interested in doing a “quick and dirty job,” but wants to “master the art of wooden-glider craftsmanship.”  This may add a few years to the schedule, but the team will have a machine that can self-launch at local airports “in the flat-lands.”

Holliday Obrecht and his enthusiastic friends are making an aircraft that trades sweat and time for big bucks, and that may be a signal to others that the essential elements of “old-time” aircraft construction have merit in this new age of electric transport.  We’ll be following their progress avidly.