Officials in America’s Southeast warn that the U of T is NOT to be confused with Transylvania University, an actual liberal arts college in Lexington, Kentucky.  Such confusion has led to a glut of applications from potential students with “decidedly loopy” academic credentials and “dangerously bizarre” ideas for research, according to a TU spokesperson.

The earlier effort, a low-budget research project, showed that potato batteries in large quantities and wired up like a really big science fair exhibit could generate useful energy. 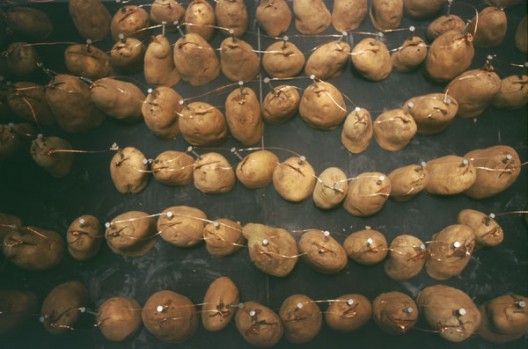 “I built a potato battery out of 500 pounds of potatoes. It powered a small sound system. With the help of the Red 76 crew (a local arts collaborative) I installed the battery and sound system in the back of a U-Haul truck and drove it around town inviting people to enter the truck and take a listen. 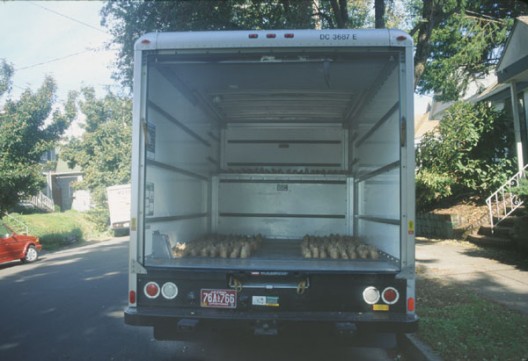 “Batteries work by allowing electrons to pass from one electrode to another. In this case the potato provides phosphoric acid, which enables a chemical reaction causing electrons flow from copper to zinc. The zinc came from galvanized nails and copper came from small pieces of copper. You don’t have to use potatoes; any acidic medium such as citrus fruit will work. I chose potatoes because they are traditional and cheap.

The writer leaves us with a dietary warning.  “Don’t eat potatoes after using them for a battery.”

Dr. Whale, having examined that report and seeing a way around that last warning, rebuilt his laboratory, which had been destroyed by local peasants waving firebrands and pitchforks, and dedicated it to developing new power sources that would be safer than that obtained by the lightning rods on the roof of the previous edifice. 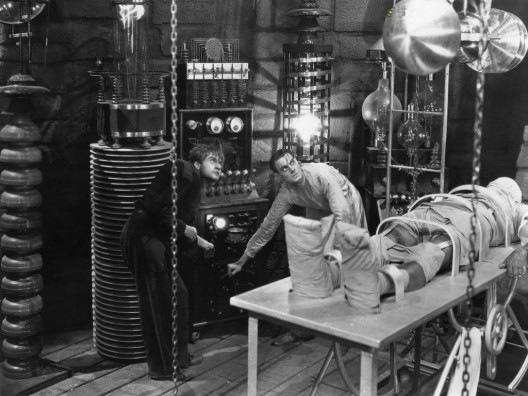 Dr. Frye, left, assists the late Dr. Frankenstein in the earlier U of T laboratory

Discovering a heart-shaped potato, Whale and his research associate, Dr. Dwight Frye, felt that this mutation (solanum tuberosum) had the potential to develop into a strong energy source if its high density could be reduced.    “We felt that it would be even better if we could make it light-hearted,” Frye snickered. 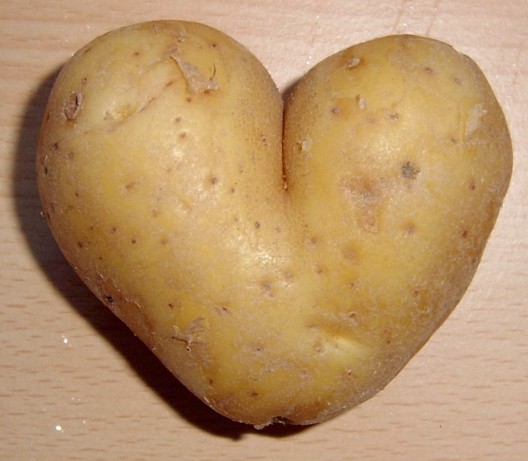 The Laboratory’s development, “Potato Battery Lite™,” reduces the normal potato’s density from 40-to-48 pounds per cubic foot to that of potato chips, which weigh in as low as 3.5 pounds per cubic foot.  Even better, when coupled with lithium-sulfur anodes and carbon nanotube cathodes, the potato chip battery produces an astonishing amount of energy, up to 3 kilowatt-hours per kilogram.  This could reduce a Leaf’s battery from 300 kilograms (660 pounds with control module) to 24 pounds, or with the same battery weight increase the car’s range to over 3,000 miles.

Whale and Frye caution that the current battery is prone to crumbling into microscopic bits when accidentally sat on during NCAA playoffs, and nearly impossible to vacuum out of couch crevices.   With ordinary  light potato chips priced at around $3.29 for a 12-ounce bag, costs for the new batteries could be revolutionary, although cycle lifetime (especially because of their salty goodness) is not yet established.

Further research may lead to a sea salt and vinegar combination that promises even greater energy density.