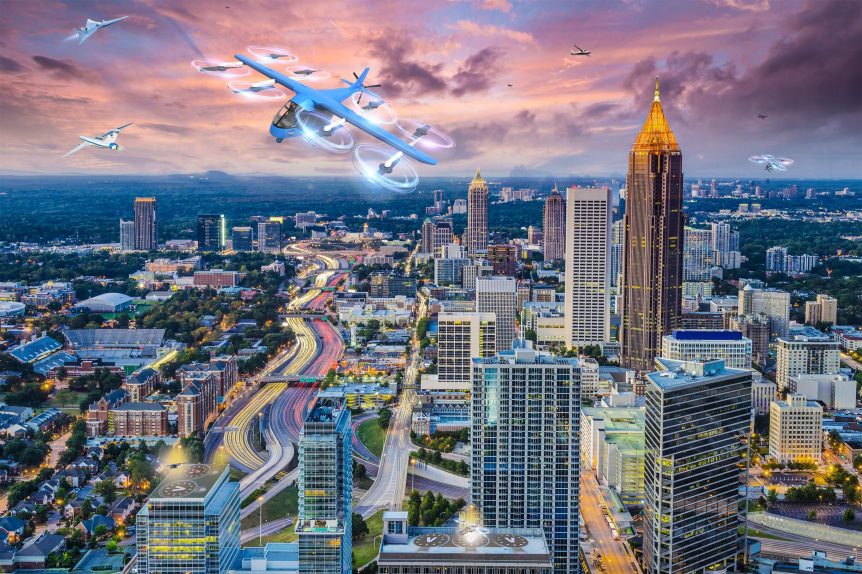 We are on the verge of big happenings in the Urban Air Mobility (UAM) world.  Large amounts of money are flowing into the coffers of those companies which dared to pioneer in the area.  Large firms are partnering with these aerial startups.  And the Federal Aeronautics Administration is paying attention while actively pursuing certification for the new machines headed our way.

At the Transportation Review Board’s annual meeting in Orlando, Florida, Jay Merkle, head of the FAA’s UAS integration office, told attendees that six (Urban Air Mobility) UAM  vehicles are “well along,” according to a report in Aviation Today.   He held that the growing market is ““more than just hype … this is more than just promotional videos.”  Merkle apparently feels current regulations such as FAR Part 23 are adequate to help these new electric Vertical Take Off and Landing (eVTOL) machines be certified.  Merkle feels the machines in progress can provide service “for regional air trips… from 30 miles to 300 miles.”

Even more promising, Merkle added, “We are beginning to work on integrating them operationally, so the pilot requirements, the airline operating requirements, and then we’re also beginning to work on the airspace integration as well.”  Learning from mistakes in attempts to meld smaller drones into the overall air traffic control program, the FAA is forging ahead with its programs for larger craft.

Although Merkle did not directly name the six UAMs “well along,” others speculate they include:

EHang, 216: eHang has over 1,000 flights to its credit, even flying its own executives and board of directors, and making public flights in Asia, Europe and the Middle East. Launching an unmanned flight over Kitty Hawk, North Carolina early this month, eHang has already achieved temporary certification allowing pilotless flights in the United States. The company recently delivered at least two batches of 216’s (two passengers, 16 rotors).  Judging from the video, each “batch” might involve 19 eHangs.

EHang’s Founder, Chairman and CEO Hu Huazhi said: “This delivery of AAVs marks a major step forward in EHang’s efforts to offer a full-stack solution for the emerging urban air mobility market on a global scale. We will continue to work closely with our customers, business partners and regulators on various issues including infrastructure rollout, flight permit, trial operations and technical support to enable a new era of urban air mobility.”

Elroy Air, Chaparral: Elroy, which is developing a hybrid-electric, autonomous VTOL aircraft for 300-pound cargo transport up to 300 miles, recently announced a partnership with EmbraerX to “cooperate on technical, certification and business opportunities,” according to CEO David Merrill. The Chaparral first flew in August 2019.

Similar in configuration and mission to the Sabrewing, the Chaparral  is smaller, lighter, and carries a smaller payload.

Joby Aviation, S-4: Joby has been on radio silence for a few years – though it demonstrated a 15-mile flight in 15 minutes for Bloomberg Businessweek as far back as February 2018. More recently, Joby joined Uber Elevate as the ecosystem’s only vehicle partner publicly committed to being commercial-ready in 2023.  The S-4 has an unstated number of hours in its log book, but the fact that two years ago Joby was willing to demonstrate its already impressive capabilities to reporters indicates it’s probably done more since.

Sabrewing, Rhaegal RG-1: This California-based startup is building hybrid-electric autonomous VTOL drones to transport heavy cargo, with a payload capacity up to 1,000 pounds. In March 2019, Sabrewing announced a $43 million purchase agreement with the Aleut Community of St. Paul Island in Alaska. CEO Ed De Reyes told Avionics at the time his company was close to finishing production of its first aircraft and plans to start flight testing at the end of the year.Sabrewing is targeting 2023 for certification through Part 23. The company is working with Garmin, FLIR, uAvionix and others for the Rhaegal’s avionics suite.

Sabrewing plans on developing both two versions of its aircraft: one that with a payload capacity of 800 pounds and a later model with a capacity of 4,400 pounds. The company plans to power the aircraft with a hybrid system that uses a gas turbine to generate electricity for the electric motors. This design is similar to the one currently being tested by Rolls-Royce. 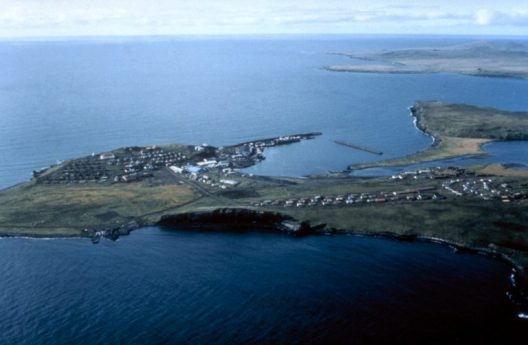 According to Sabrewing, the ACSPI (Aleut Community of Saint Paul Island — about a third of the way between Alaska and Russia ) has already begun various types of drone operations. In exchange for testing facilities placed on the island, Sabrewing will provide equipment and training for the ACSPI community, who can then initiate and operate a complete test range complex.

Volocopter, VoloCity: The German air taxi developer’s electric multicopter designs made headlines throughout 2019, with the ‘2X’ — a precursor to VoloCity, unveiled in August 2019 as the company’s first commercial design — flying high above Singapore and Stuttgart, Germany.While Volocopter hasn’t given any public indications it is pursuing certification in the U.S., the company received the first-ever design organization approval (DOA) from EASA that includes electric VTOL aircraft.

One wild card: Aviation Today suggested that Detroit-based Airspace Experience Technologies (or AirspaceX), which is developing its Mobi-One air taxi or cargo delivery concept, may be a “wild card” possibility.  Airspace X targets 2019 for tooling and certification and 2021 for aircraft production. A sub-scale model displayed at Uber Elevate 2018 had already flown in limited tests, according to co-founder Jon Rimanelli.  Dr. Sangita Gupta, another co-founder, spoke at SAS 2019 about the company’s aspirations and abilities.

In part of his address, Merkle pleaded, “Please don’t ask to predict things,” he said. “We’re just horrible at it.”