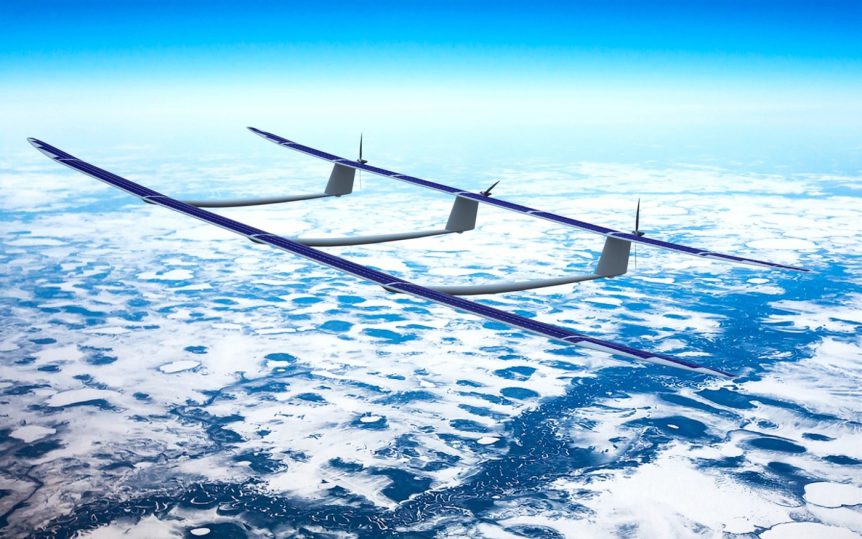 Aeroelastic deformation, the reshaping of wings, tails, and even fuselages on aircraft subjected to the forces surrounding passage through the air, can be destructive, twisting and shaking aircraft surfaces.  UAVOS, a company specializing in flight controls for drones of all sizes, has created a tandem-wing, tri-tailed High-Altitude Psuedo Satellite (HAPS) called ApusDuo.

https://en.wikipedia.org/wiki/Aeroelasticity Wikipedia gives a long and involved discourse on aeroelasticity, but UAVOS gives a lighter, more graphic approach that shows the dangers involved, and UAVOS’ approach to conquering those perils.

The firm makes three autopilots for varying sizes of aerial vehicles from those weighing less than 15 kilograms (33 pounds) to up to 1,500 kilograms (3,300 pounds).   UAVOS craft include rotary-wing vertical takeoff and landing (VTOL) machines capable of carrying from one kilogram (2.2 pounds) to 90 kg.(198 pounds), and conventional aircraft that include an autonomous version of the Pipistrel Sinus. 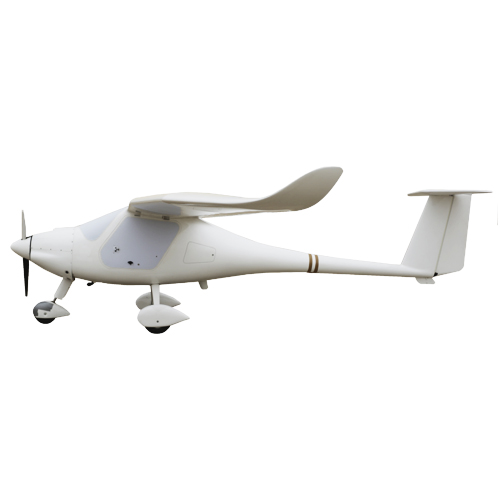 Their ApusDuo has two wings, with the main wing spanning 15-meters (49.2 feet), equal to that of a standard-class sailplane.  Much lighter, though, with a 23-kilogram (50.6 pound) maximum takeoff weight, span loading is a little over half a pound per foot (divided between two wings of equal area).  The airplane would be incredibly fragile except for AUVOS’ method of actively managing flight loads.  UAVOS explains this in two terse sentences.  “Innovative solution in control of extended aspect-ratio flexible wing analyzes the spanwise deformation and adjusts lift force at a required section.  This type of control allows [us] to distribute the load all over the wing, reduce the structure weight and effectively control the aircraft in all flight modes.”

At its 15,000-meter (49,200 foot) operating altitude, the drone can cruise at 27 meters-per-second (60.4 mph).  That altitude enables surveillance of large areas at much closer distances than extra-terrestrial satellites.  The machine’s two-kilogram (4.4-pound) payload should enable high-resolution imaging, or intelligence gathering through a large number of lightweight sensors.

Endurance should be close to perpetual, with 21-percent efficient solar cells spread across both wings able to collect enough sunlight for operation at 20 degrees latitude 365 days a year.

As reported in Aero-News Network, “’By its very nature, this solution replaces the low-orbital space grouping and can provide services not available for conventional satellite systems,’ comments Vadim Tarasov, UAVOS investor and Board member. ‘Such aircraft can carry out long missions, for years barraging in the air currents over the expanses of the World Ocean, over territories with no airfield infrastructure, sparsely populated areas, sea borders, taking and relaying information for both civilian and military facilities.’”

An active control system that overcomes deformation of such a light structure will almost certainly have applications in larger aircraft, and may make turbulence endurable even for the sensitive flyer.