Dr. Brien Seeley, founder and President of the CAFE Foundation, will speak on “The CAFE Green Flight Challenge Program,” at the Unmanned Aircraft Systems conference at San Diego, California, October 10 through 12, 2012. His talk fits well into the conference’s sub-title, “Opportunities, Needs and Challenges,” and will probably reflect the direction he’s been pointing to with recent CAFE presentations on aerial commuting and pocket airports.  The Green Flight Challenge certainly showed that the nascent technology is capable of giving fast, short-range transport at a potentially economical price.

The conference will focus on military uses of UAVs and how to integrate them with existing hardware and systems. Since many military-based unmanneds will be navigating our civilian skies in the near future, civilian pilots and air traffic control systems will be obliged to integrate their resources to allow safe passage through what could be skies crowded with autonomous craft.

Governor Jerry Brown recently signed a bill that allows self-driving cars on California highways. Google backed this measure, and Sebastian Thrun, a speaker at several Electric Aircraft Symposia, has done much to make it a reality, as described in his recent TED talk. Only two accidents have been attributed to self-driving cars in the state, one caused by a human driver who took over control and another when the Google car was rear-ended. Thrun claims over 140,000 miles in San Francisco traffic with one car. 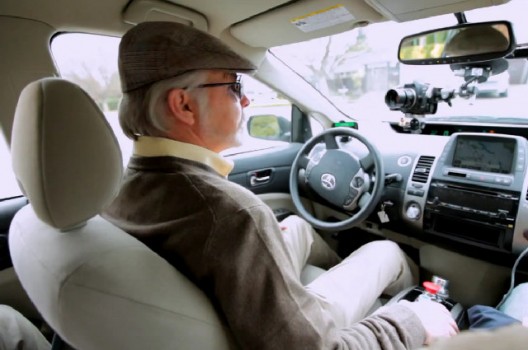 No, it’s not a joke. Google self-driving car takes a blind man to Taco Bell

Besides overcoming the emotional reluctance to giving over control to an invisible driver (or pilot), the vehicle must inspire confidence, or at least look like safe fun enough to try.  William Rich, who moderates the Minimalist Airplane Study Group on Yahoo, tosses in his ideal for the kind of plane that would meet aerodynamic and commercial success.

“I continue to believe that a ‘next big thing’ minimalist airplane concept is yet available to us, a Platonic form if you will. I am hoping to talk qualified individuals into defining and implementing such a concept.

“Here are some of my guiding notions:

“1. Many excellent minimalist airplane concepts have come and gone as evidenced by the outstanding Virtual Ultralight Museum.  They did not succeed because they lacked one or more essential factors: an LSA (Light Sport Aircraft)-like regulatory environment permitting access to controlled fields and populated areas, reliable propulsion, competent engineering, adequate funding, and effective project and business management.

“2. LSA-like flight is essential; putting around within gliding-range of a field is wonderful but very old news – access to ultralight-exempt fields and permissible flight over populated areas opens up a vast new world.

“3. A light, powerful, and most of all, reliable propulsion system is absolutely essential for flight from controlled fields and over populated areas.

“5. Current LSA-like offerings cost too much for the average consumer in the current economic climate. A successful design must be simple, use a minimum of costly materials, and require a minimum of skilled-professional labor.

“Given these guiding notions, here is the best concept I can come up with:

“Yes, nothing more complicated or expensive than your typical single-seat Piper Cub knock off.  What makes the duck quack is drop-dead gorgeous readio-controlled helicopter-like styling, a cozy pod, MC-30 performance, and an aircraft-reliable Wankel motor (the e-Go effort will soon let us know if the Rotron is the one).

The British e-Go ultralight – about the size of a UAV

Rich speculates on the possibility of future powerplants (missing electric alternatives even though e-Go is testing them), but continues with his concept for simple, even bolt-together construction, and ending up with a “sexiness” factor that would sell this particular steak’s sizzle.

“Think man-size R/C helicopter with tri-gear rather than skids, slinky shoulder plug-in wings rather than rotor, and crescent rudder rather than tail rotor. With all of the necessary factors listed in item 1 above, the concept would essentially reinvent the personal airplane for thousands of consumers. 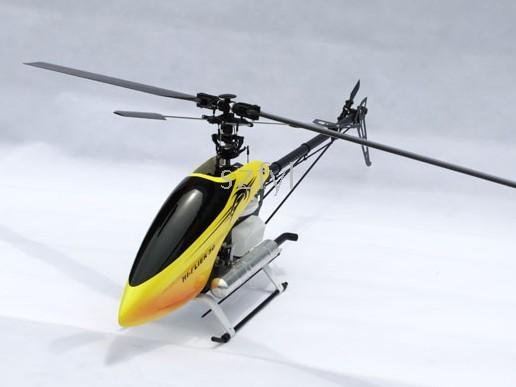 Simple construction with a streamlined fairing

“We love our motorcycles, jet skis, and snowmobiles – it is time to have an exciting, safe, and affordable little spaceship.”

Mike Dixon noted the possibility of including autonomous control in such a ship, and although this is highly speculative, offered the following:

“The problem with flying is that it needs skill, co-ordination and knowledge. I think that all the materials and knowledge are in place today to produce a safe affordable LSA. The limiting factor is the pilot. In the early days of transatlantic travel there were 5 crew members: the Captain, First Officer, Navigation Officer, Engineer Officer and Radio Officer. Present day crews are two pilots and they joke that in the future there will be one Pilot and a Dog.  The dog will be trained to bite the pilot if he touches any controls. 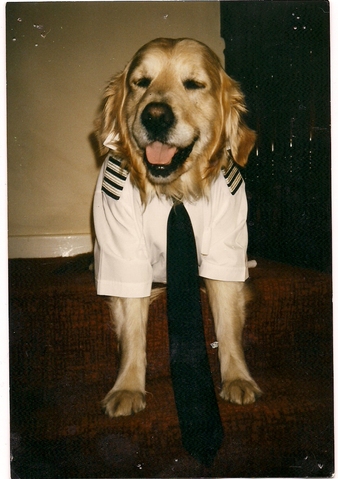 First Officer of the future?

“I have just read an article about memristors. In electronics the inactive (or passive) components are resistors, capacitors and inductors.  There is now a fourth item – a Memristor.  Memristors promise like transistors to transform electronics with very cheap robust analogue and digital computers and memory. It is old hat to watch a 747-400 land in a 25 knot x-wind with no human input. We need to transfer this to the LSA. We already have 747-400 instruments on a 15 inch screen for $2000.

“The way forward for a safe affordable LSA is electronics. No or very little input from the pilot re basic flying as per modern day airline flying. Control via a small joy stick and touch screen. No throttle. Select taxi speed but limited to 5 kts. [Minimum and maximum speeds will be limited.] Full auto land with a small transponder at say touchdown. Like a UAV but with a pilot in the seat. The aircraft might decide not to land due to wind or weather and divert.

“We already use computers in life-sensitive cases such as a 747-400 auto land and CT scans. The limiting factor will be regulations. The powers will not like to see UV, LSA IFR and heavy jets all mixed together. It will take time but eventually your hired LSA will listen to your commands to taxi out, take off to Richmond Regional and divert to Hampton Regional due to weather without any control input from you. No slow rolls, no deviations and everything must be “flown” within strict rules.

“Maybe not as much fun as a 1930’s Tiger Moth flying locally on a nice day but safe flying from A to B.”

And with military and civilian UAVs in the mix, perhaps necessary in the future.  Dr. Seeley’s vision will be similar to others at the UAV show, but democratized in the sense of bringing flight to all – a long-time dream of most aviators.