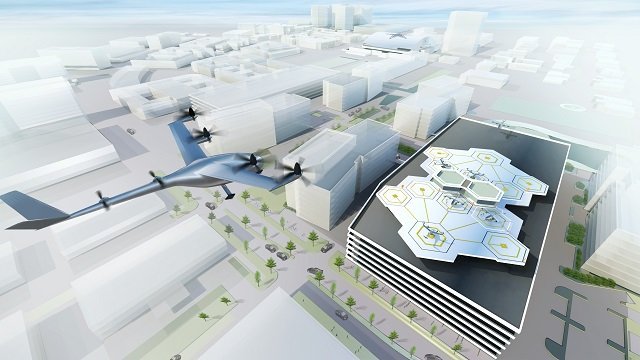 A scad of news about electric aircraft hit the internet and newsstands last week.  Even USA Today reported on the Uber Elevate Summit in Dallas, Texas – held with many of the participants in the 2017 Sustainable Aviation Symposium a few days before. 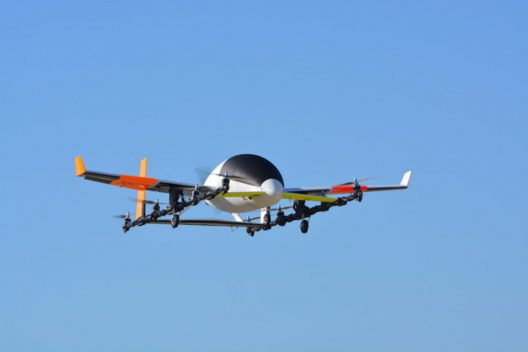 Big news came from Uber’s announcement that it intends to offer electric VTOL (vertical takeoff and landing) air taxi service in Dallas and Dubai by 2020.  Bigger news for SAS participants is that it is partnering with Pipistrel and Aurora Flight Sciences, both presenting at the San Francisco event.  Jeff Holden, Uber’s chief product officer, said Bell Helicopters, Brazil’s Embraer, and Mooney Aircraft would also provide “concepts and technologies” for the near-term launch.

According to Aviation Daily, “Aurora has already flown a quarter-scale model of its concept, using elements of the electric propulsion system flown in the subscale demonstrator for DARPA’s XV-24A LightningStrike high-speed VTOL aircraft.”

Aurora’s concept for Uber is a two-seat eight-rotor (for vertical lift) and tail propeller (for forward propulsion) aircraft weighing around 1,500 pounds.  Derived from the company’s XV-24A X-plane, Aurora’s Uber vehicle will use components from existing craft – the autonomous flight guidance system from its Centaur optionally-piloted aircraft, the collision avoidance system from the AACUS program, and the battery-electric propulsion system from the XV-24A demonstrator.  John Langford explains, “The Uber Elevate mission is all about low noise, high reliability, and low cost.  By drawing on our nearly 30 years of successful autonomy and robotic programs, Aurora is well positioned to deliver on this urban solution. We have already built and flown the first proof-of-concept aircraft and we’re excited to partner with Uber in accelerating the eVTOL initiative.”

Bell Helicopters left this editor wondering what will come from this experienced purveyor of vertical lift machines.  They allude to a hybrid-electric VTOL, but only shared repeated dream-like images suggesting what may be.

Pipistrel, already a leading manufacturer of electric fixed-wing light aircraft, will develop e-VTOL vehicles to be used in a flight demonstration in 2020, said CEO Ivo Biscarol.  His presentation to the Summit is shown in full below.

Mooney has experience with rapid prototyping of composite light aircraft and has teamed with CarterCopter to develop a larger platform with four to six seats based on the hybrid aircraft/helicopter configuration developed by Jay Carter’s company. 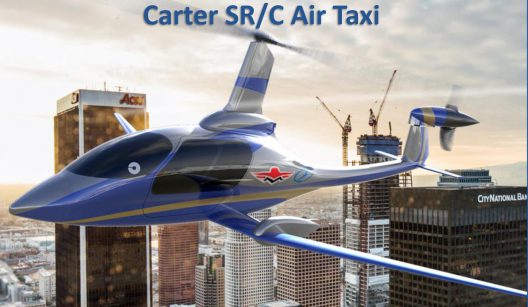 According to the Aircraft Owners and Pilots Association (AOPA), downtown Dallas will host the first four “vertiports,” now being designed by property developer Hillwood, led by Ross Perot, Jr.  One vertiport will be near the Dallas Cowboys team headquarters, 21 miles from Dallas/Fort Worth International Airport.  A 21-mile flight between the two will take six minutes (vs. one hour, 10 minutes for a ground-bound Uber car) and cost about $1.32 a mile, according to Uber’s Jeff Holden.

Aviation Week further reports, “Perot said vertiports are then planned at the American Airlines Center arena in Dallas, the existing heliport at the Kay Bailey Hutchison Convention Center in downtown Dallas, and another in downtown Fort Worth. Hillwood also owns Fort Worth Alliance Airport, which Perot said could be a manufacturing and training center to support UberAIR.”

In Dubai, Uber is working with Dubai’s Roads and Transport Authority to jointly study pricing models, VTOL routes, network optimization and identify vertiport locations.  They hope to launch demonstration flights in time for the World Expo there in 2020.  Hillwood also operates in Dubai.

Chargepoint, reputedly the largest electric-vehicle charging network in the world, will develop a special charger that will enable rapid turnaround of the e-VTOL aircraft.  It will be interesting to see if their design will allow compatibility with other electric aircraft on the horizon.  Plug variety continues to be an issue for electric car owners.

UberAIR operations will begin with piloted aircraft, but move over time to optionally piloted and eventually fully autonomous flights.  Holden says Uber’s initial goal is for flying in its e-VTOL aircraft to be twice as safe as driving a car.  Initally, all flights must have a pilot on board, perhaps creating a flight school bonanza.  This may be a problem for Uber, according to Bryant Walker Smith, a “transportation tech scholar” with Stanford Law School.  He thinks regulations and added costs may leave Uber in an economic quandary.  “It’s FAA’s way, or no way,” he’s quoted by the (San Jose) Mercury News.  Smith accepts the technology, but wonders if Uber has taken pilot pay and maintenance costs into consideration.

Regardless of cautions and cavils, with former NASA innovation leader Mark Moore heading up Uber’s efforts, it will be an exciting three years as commercial introduction of sky taxis (much better phrase than “flying cars,” don’t you think?) nears reality.