Dr. Gecheng Zha, an Associate Professor with the University of Miami has an impressive set of credentials, culminating in a Ph.D.from the University of Montreal, Ecole Polytechnique.   That, and his impressive body of work helped impress the audience at the seventh annual Electric Aircraft Symposium this last April.

His work over the last decade has focused on generating high lift and low drag through circulation control on wings – even leading to the concept that wings can generate thrust instead of drag.  This integration of aerodynamic forces would lead to highly efficient aircraft capable of flying on little – or even no power.

Earlier attempts to increase lift and decrease drag have relied on sometimes complex, multiply flapped and slotted wings which require powerful mechanical actuators to work their magic. Others have used rotating cylinders laid spanwise on wing leading and trailing edges, or active suction or blowing to achieve their goals.  Zha has looked at these and other approaches, including synthetic jets and plasma jets for circulation control.

His claims for the resulting Co-Flow Jet (CFJ) airfoil are pretty startling, and  hints of possible applications could be game changers in military, civilian and – importantly to the CAFE Foundation – Personal Air Vehicle (PAV) arenas. 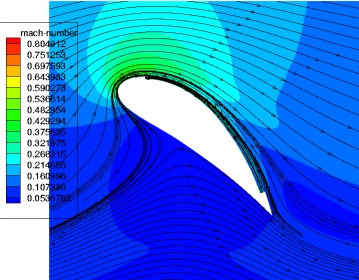 The airfoil injects air into a span-wise “slot” in the wing toward the leading edge, sucks air from that slot toward the trailing edge, and is driven by a low-power pump inside the airfoil.  The simple system provides high lift and low drag throughout the entire flight regime, instead of just during landings and takeoffs, as with flaps and slots.  Wind tunnel tests show that the CFJ  flow between leading and trailing edges transfers energy to the air flowing over the wing’s surface “via turbulent mixing under severe adverse pressure gradient.”  This Zero Net Mass Flow (ZNMF) keeps the main flow attached with induced large circulation, improved boundary layer control and consequent high lift.

Besides generating high lift, CFJ reduces drag to the point where it may even provide thrust (much like what John McGinnis proposes with his box-wing configuration), and increases the stall margin over an expanded range of angles of attack.  It works with any thick or thin airfoil, places small demands on the aircraft’s powerplant, and can be applied to a wide range of aircraft. 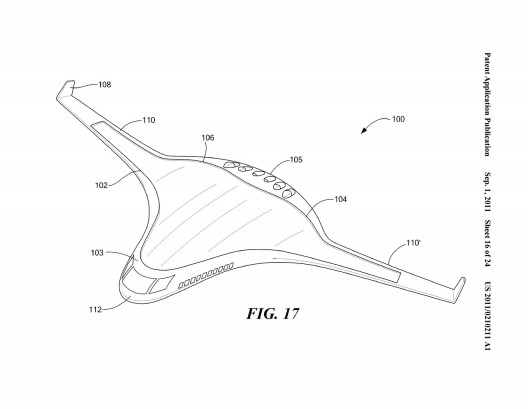 With higher lift and lower drag, wings can be smaller, stall speeds can be lower, and something like the vision below might make even high-speed transport possible from true neighborhood airports.  Such aircraft will be quiet enough to be good neighbors because they lack the noisy wake mixing brought about by high-lift flap system deployment. 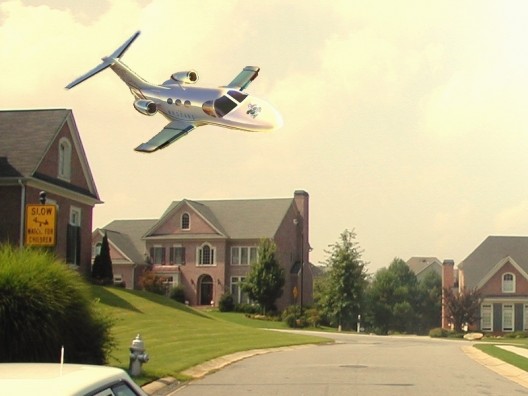 The wide, open slot with its large discontinuity in the upper wing surface generates enhanced mixing of the spanwise and streamwide vortices structure of ZNMF, far exceeding theoretical limits.  Dr. Zha has a patent pending on these breakthrough ideas and is looking for investors and collaborators to help make his ideas into practical flying hardware.

As an added note, Time magazine reported that NASA named Dr. Zha’s Supersonic Bi-directional Flying Wing as one of the 10 “most fantastic projects that NASA hopes will be inspiring people long after Curiosity has finished exploring Mars”. The airplane would be capable of lift-to-drag ratio of 16:1 at Mach 2.0, and flights between New York and Los Angeles in two hours, or New York to Tokyo in four.  The ninja throwing star-shaped craft would accomplish this without massive sonic booms, the sound waves from the jet hitting the ground in smooth sine waves rather than two large thunderclaps.