Zach Lovering, Project Executive for Airbus subsidiary A3 reports, “Today marks a historic day for Airbus, A³, and the Vahana team. We can now announce our successful first flight. At 8:52AM on January 31, 2018 in Pendleton, Oregon, our full-scale aircraft, dubbed Alpha One, reached a height of 5 meters (16 feet) before descending safely. Its first flight, with a duration of 53 seconds, was fully self-piloted and the vehicle completed a second flight the following day. In attendance was the full Vahana team, representatives from the FAA, and A³ leadership, all coming together to witness this historic accomplishment.” 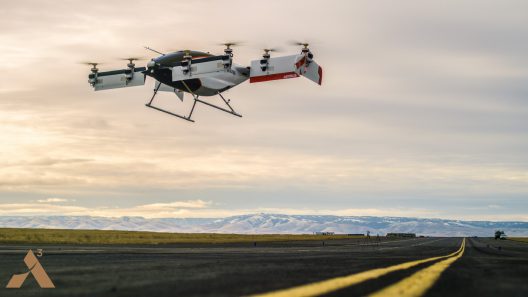 Vahana is one of two Airbus VTOL urban transport options, the Pop.Up design combining ground and air transport in a single design.  Pop.Up can be used as a self-driving car, or placed on a rail platform for ground use.  A detachable four-rotor system can lift it for flight use.  Vahana is a more single-purpose device. 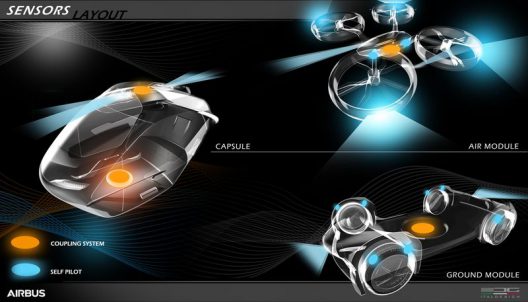 Airbus has its own competing vision for future flight, Pop.Up

The prototype that flew this week at the Pendleton UAS Range seems to use liquid-cooled Emrax motors from Slovenia sporting redundant controllers.  Airbus announced its intention, though, to partner with MAGicALL, a California-based company that designs and manufactures motors, controllers and other electronic controls on a custom basis. 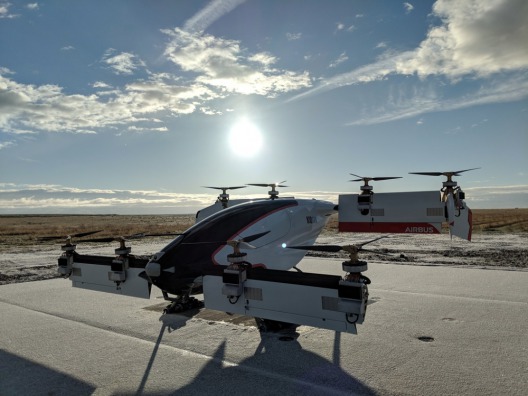 Lovering announced, “Today we are celebrating a great accomplishment in aerospace innovation. . In just under two years, Vahana took a concept sketch on a napkin and built a full-scale, self-piloted aircraft that has successfully completed its first flight. Our team is grateful for the support we’ve received from A³ and the extended Airbus family, as well as our partners including MTSI (Modern Technology Solutions Inc., a consulting firm) and the Pendleton UAS Range.” 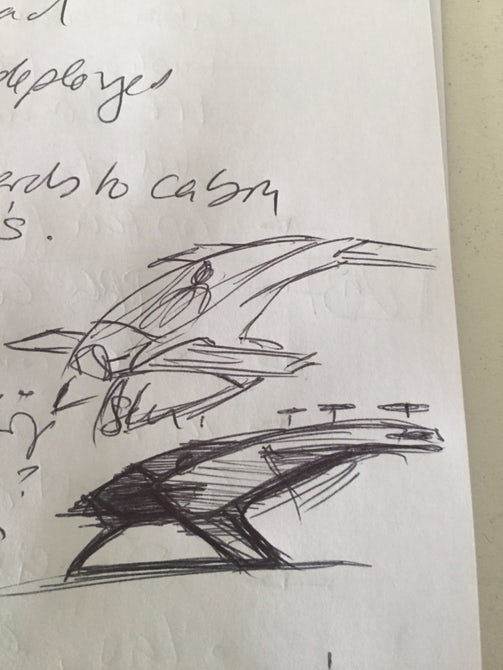 Vahana appeared on a napkin just three years ago

With over 50 employees working on the aircraft in Silicon Valley, and subcontractors crafting things like the canard in Oregon, Vahana is a speedily-executed project that shows the power of a well-finance large institution to bring a product to market.  Airbus will have a great deal of competition, as shown in this chart from Deloitte, a consulting firm involved with taxes, risk management and high tech consulting to 80 percent of Fortune 500 companies. 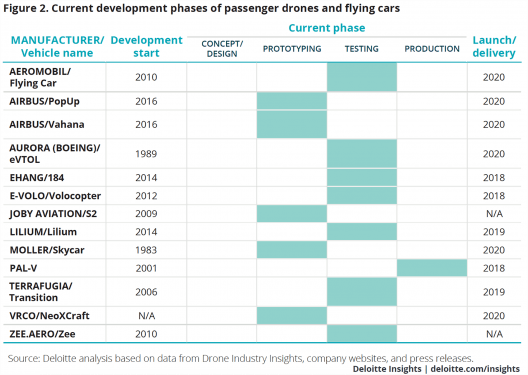 Deloitte’s chart of the current development of sky taxis

As the flight test team progresses to transitions from hovering to forward flight, Rodin Lyasoff, A³ CEO and former Project Executive of Vahana predicts, “Our focus now is on celebrating the work of the tireless Vahana team while maintaining the momentum of this accomplishment.”  We can hope that A3 succeeds in its mission to “democratize personal flight and answer the growing need for urban mobility by leveraging the latest technologies in electric propulsion, energy storage, and machine vision.”