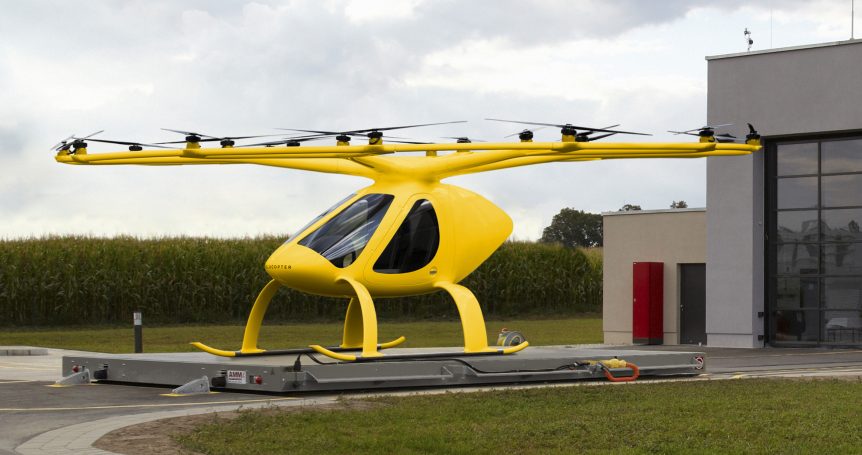 Helena Treeck of Volocopter alerted your editor of an exciting development for the multicopter manufacturer.  ADAC Luftrettung (ADAC Air Rescue) wants to use volocopter’s capabilities to take doctors or other qualified medical personnel to points of need – and rapidly.  ADAC’s slogan, “Against time and for life,” sums their mission, and Volocopters seem apt choices to help fulfill it.

Rotary-wing aircraft have a well-established reputation for rescues in treacherous locales and circumstances.  An outstanding job of flying earlier this year on Mt. Hood, Oregon highlights this.

Electric vertical take off and landing craft may be even better at this than fossil-fuel powered ones.  They don’t run out of oxygen at altitude – the rescue on Mt. Hood took place near the summit at 11,000 feet, adding to the plentiful hazards.

As noted in Helena’s dispatch, “ADAC Luftrettung is the first air rescue organization in the world to test the use of manned multicopters in emergency medical services – both in theory and in practice. The charitable company from Munich has started a feasibility study for the groundbreaking pilot project, supported by the ADAC foundation.”  The object will be to get emergency doctors to patients faster than by existing rapid response vehicles and provide immediate care upon landing.

Tests will take place in two selected model regions in Germany: the emergency service area of Ansbach with the Dinkelsbühl HEMS base in Bavaria, and the State of Rhineland Palatinate.

Tests will start in spring, 2o19, when the Institut für Notfallmedizin und Medizinmanagement (INM, Institute for Emergency Medicine and Medical Management) at Ludwig Maximilian University in Munich will begin computer simulations of rescue mission scenarios.  By the winter and autumn, actual flight test will follow, hoping to show “the potential usability and cost-effectiveness in emergency medical services.”

Florian Reuter, CEO of Volocopter agrees: ““The Volocopter is based on a technical platform permitting its diverse and reliable use as an air taxi, heavy lifting drone, or in rescue missions.  “I firmly believe in the Volocopter’s potential for large-scale use as an air shuttle for emergency doctors, and I look forward to our joint systematic validation with ADAC air rescue.” 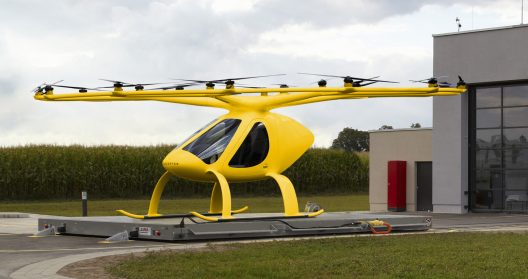 Volocopters that may be deployed for emergency medical services will look similar to the one pictured here. ©ADAC/Volocopter

Frédéric Bruder, Managing Director of ADAC air rescue , regards this study as the dawn of a new age in air rescue. “50 years ago, ADAC was among the first in Germany to field test the use of rescue helicopters. Consequently, it is only logical for us to be the first to lead German air rescue into the future with new technologies.”

One wonders how far this experiment can go.  Can an autonomous Volocopter set down, allow the doctor to tend to a patient, and be configured in such a way as to allow a single medic to load the patient on board and return to a medical center?  will hospitals have hubs similar to the air taxi idea promoted by Volocopter?

The ADAC Foundation, a charitable organization, supports the study with 500,000 euros (about $570,000) over the next one- and-a-half years.  Dr Andrea David, Managing Director of the ADAC foundation , explains, “Our goal in supporting this project is to improve emergency medical care, thereby making an important contribution to the future of the EMS system.  Scientific support comes from the German Aerospace Center (DLR), with whom ADAC has cooperated in research and development.

Volocopters operating in their system will be deployed on emergency calls, not entirely different from their urban mobility role in going to passengers on request, but with very different payloads and purposes.