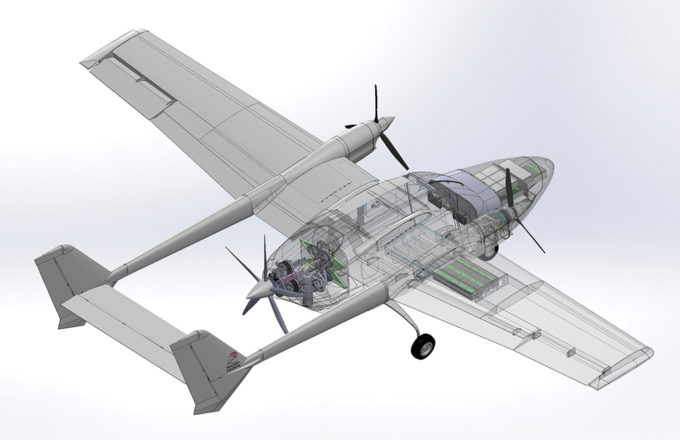 VoltAero is a small French company that might succeed in electric flight where bigger firms have failed.  Its hybrid-electric system marks an innovative path to quiet flight.

Airbus ventured into electric aviation with a four-motor conversion of the Colomban cri-Cri in 2010 and a clean-sheet craft, the E-Fan, a sleek, essentially ducted fan two-seater in 2015.  Initially big plans for production of two and four seat variants bloomed – then withered.  Airbus dropped plans for the personal electric airplane market and instead concentrated on at least three versions of Urban Air Mobility devices and a hybrid-electric demonstrator based on a BAE 146 airliner.  This last project, the E-Fan X, was canceled recently.

Jean Botti was Chief Technology Officer for Airbus, and Didier Esteyne a test pilot for the Cri-Cri and E-Fan.  Botti is now CEO of VoltAero: Esteyne its Technical Officer.  VoltAero has ambitious plans for its hybrid electric future, and management experience to pull them off. 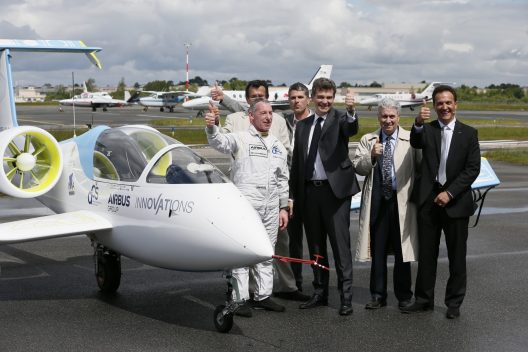 Flying VoltAero’s unique hybrid power system in a modified Cessna 337 “Skymaster,” VoltAero’s test bed is similar to Ampaire’s EEL, also testing with a modified 337 push-pull twin.  While the Ampaire retains its front engine, VoltAire’s Cassto 1 replaces the engine with a streamlined fairing containing a large battery pack.  Its rear power module comprises a Nissan six-cylinder engine driving alternators that charge the batteries to power the three large motors turning the pusher propeller and  two ENGINeUS 45 electric motors – one on the nose of each tailboom.

The Cassio 2, a sleek, three surface design, will amplify the performance and carrying capacity of the Cassio 1.  New Atlas reports: “VoltAero ultimately plans on manufacturing 4-, 6- and 9-seat versions of the Cassio. Company president Jeffrey Lenorovitz tells us that the plane should have a top speed of 200 knots (370 km/h or 230 mph) and a flight endurance of at least 3.5 hours. Deliveries are expected to take place between 2021 and 2022.” 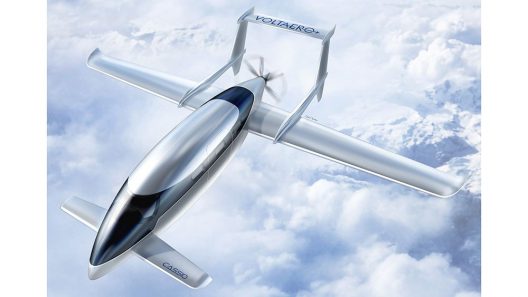 Cassio 2 will be a three-surface airplane of varied capacities