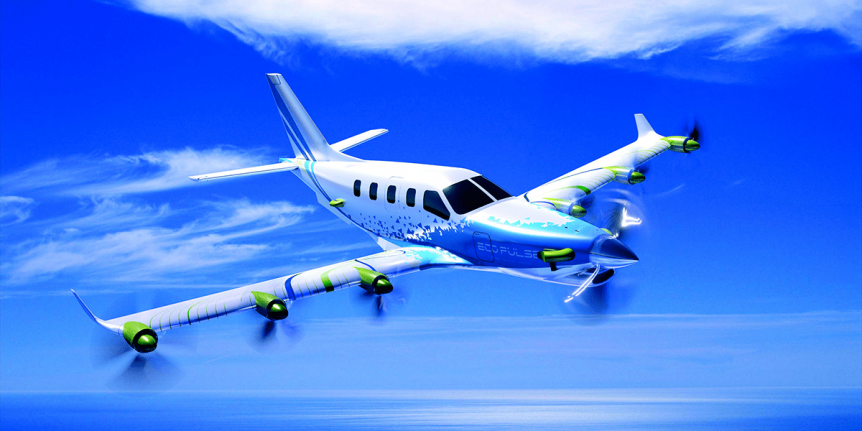 EcoPulse™, a collaboration by Airbus, Daher, and Safran is a fixed-wing distributed hybrid propulsion aircraft whose power system emulates many of the Urban Air Mobility vehicles that use an electric Vertical Take Off and Landing configuration.  Safran, notable for its gas turbines, will supply the propulsion system (excluding batteries).  The system consists of a turbogenerator (combined turbine and power generator), an electric power management system, and integrated electric thrusters (or e-Propellers) including electric motors and propellers faired neatly into the wings.

EcoPulse partners claim the six small electric motors spread along the leading edge, while providing propulsion thrust, lead to a reduction of wing surface area – much of the wing gaining lift from the blown areas, lowered wingtip marginal vortices from the thrusters on the wing tips, and therefore lowered drag.

Airbus will oversee aerodynamic optimization of the distributed propulsion system, installation of “high-energy density” batteries and their use to power the six electric motors.  Daher will oversee component and systems installation, perform flight tests, and assist with regulatory compliance.

Ecopulse is yet another example of adapting an existing airframe to electric or hybrid power.  In this case, the Daher TBM accepts the same basic hybrid system produced by Safran and used in Bell’s Nexus UAM vehicle and Zunum’s regional airliner, among others.  Safran tests its system on a large stationary platform

Stéphane Cueille, Head of R&T and Innovation at Safran, explains his firm’s interest in the project: “Safran has developed a technology roadmap for the installation of electric thrusters on aircraft. EcoPulse offers us an excellent opportunity to evaluate and identify the specific features expected by this market, particularly in terms of new hybrid propulsion aircraft projects. Safran intends to position itself as the market leader in this type of propulsion system by 2025.” 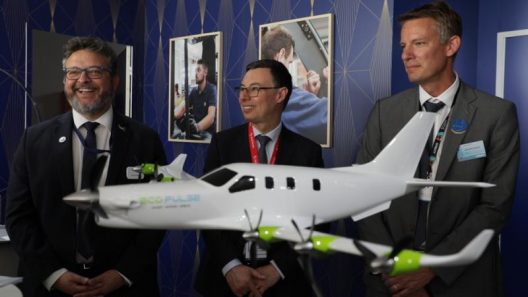 Nicolas Orance, SVP Aerospace and Defense BU at Daher added: “Reducing the environmental impact of aircraft is a priority for the industry as a whole. So it is with enthusiasm and determination that we welcome the opportunity to be part of this unique partnership alongside Airbus and Safran to succeed in the ambitious challenge set by CORAC. We are determined to make it a distinctive feature of the French aviation industry and are certain that all stakeholders will unite around it.”

Airbus will be involved in the aerodynamic modeling of the demonstrator, both to support configuration choices and to enable the development of flight control laws. All these considerations should make it possible to demonstrate the benefits of distributed propulsion, and provide the baselines for the design of optimized distributed propulsion aircraft in terms of methods, tools and outcomes. 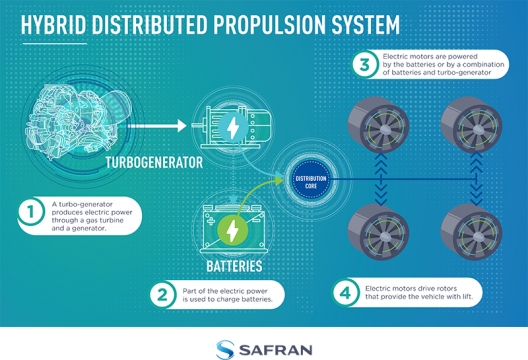 Jean-Brice Dumont, Executive Vice President Engineering at Airbus, sees future possibilities stemming from this initial effort.  “This distributed hybrid propulsion demonstrator is a very important step towards preparing the certification standards for a more electric aircraft. It also gives us the opportunity to improve our simulation models and consider their use on larger aircraft.”