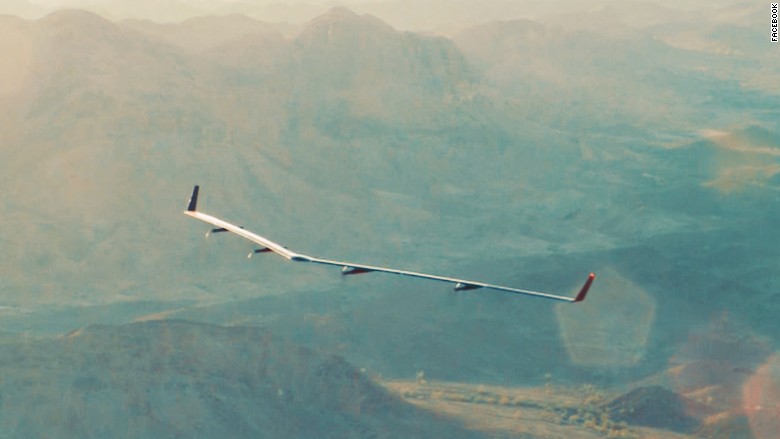 Mark Zuckerberg, founder and head of Facebook, met with Pope Francis yesterday.  The Pope, a known follower of high-technology innovations, has declared the Internet a “gift from God,” and emphasized the importance of building a connected society that is “healthy and open to sharing.”

As Digital Trends.com reports, Zuckerberg is the latest representative from Silicon Valley to be granted a Papal audience.  He follows Apple CEO Tim Cook, Alphabet chairman Eric Schmidt, and Instagram CEO Kevin Systrom, but unlike them, brought a gift, a scale model of Facebook’s Aquila solar-powered drone soon to be carrying the Net to remote areas of the world. 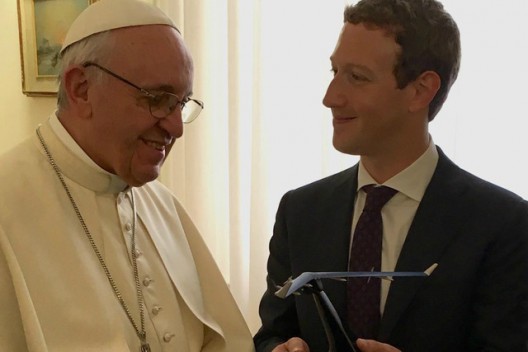 Digital Trends reports that Zuckerberg took to Facebook (of course) to report on the meeting, explaining there are “parallels between the Pope’s mission of ‘communicating’ with people around the world and his company’s goal of providing internet access to underserved regions.”

Zuckerberg told his Facebook followers, “Priscilla and I had the honor of meeting Pope Francis at the Vatican. We told him how much we admire his message of mercy and tenderness. It was a meeting we’ll never forget. You can feel his warmth and kindness, and how deeply he cares about helping people.”

Priscilla Chan, Mark’s wife, had Facebook thoughts to share.  “Mark and I had the honor of meeting Pope Francis and discussing our shared mission of reaching and serving all of those in need. 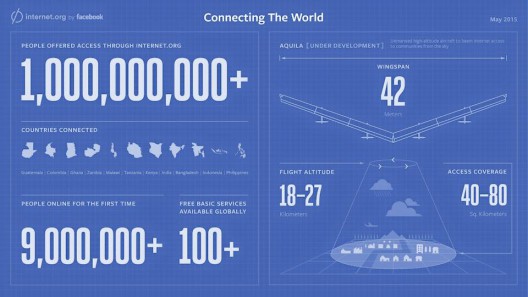 1 Billion and counting, Facebook hopes to extend Internet coverage to place that don’t yet have electricity

“It was also a special experience to connect with him in his native language of Spanish.

“I feel inspired and blessed to continue making our impact at the Chan Zuckerberg Initiative.”  The inititative is a long-term educational effort to spread learning worldwide.  As Priscilla and Mark declare on the Initiative’s web site, “The only way that we reach our full human potential is if we’re able to unlock the gifts of every person around the world.”

It’s not unreasonable to think that Facebook’s drones could play a large part in that mission, technology in this case enabling the fulfillment of a spiritual goal.