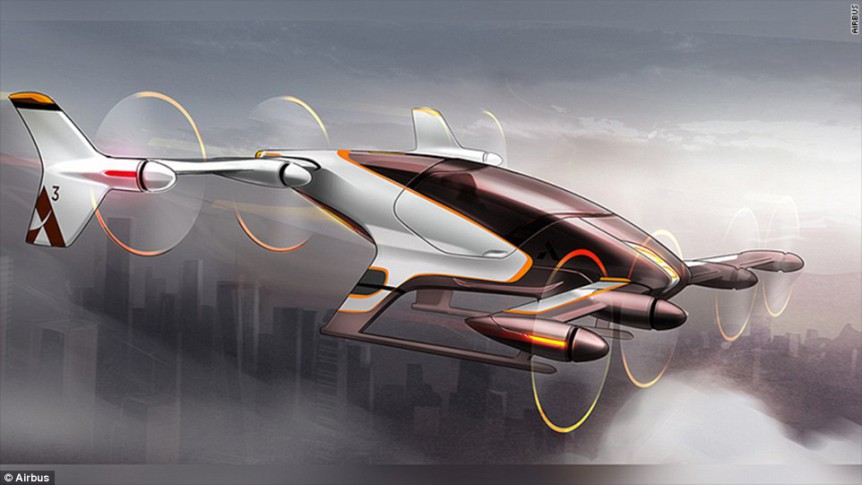 Uber is projecting real-world approaches to personal transport in urban environments.  Their work with Airbus affiliate A3 could help unlock gridlock for all of us.  Gridlock wastes millions of hours of otherwise productive time, a key measure of “the good life.”  With eVolo having demonstrated that 16 rotors can carry the weight of two people, and eHang showing a drone-like device that can carry one passenger on a 20-minute hop, urban mobility may soon become less depressing and more uplifting.  Other vehicles wait in the wings, so to speak, with the main impediment being regulatory gridlock.

Uber Elevate, a project on which Uber and Airbus are collaborating, published a 98-page white paper last November, Fast-Forwarding to a Future of On-Demand Urban Air Transportation.  Written with contributions from Uber personnel (including Airbus’ A3), NASA, and private individuals, the paper outlines the aerial possibilities Uber intends to follow.  In the meantime, Uber notes, “A study in the American Journal of Preventative Medicine, for example, found that those who commute more than 10 miles were at increased odds of elevated blood pressure.” 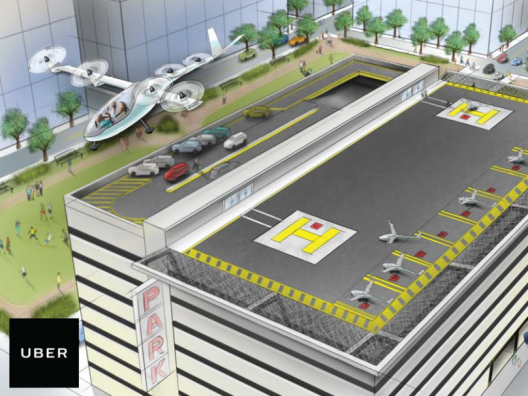 A Marketplace of Disgruntled Drivers

In presentations at different symposia, Sebastian Thrun, one of the founding members of Google’s self-driving cars, suggested that getting three percent of drivers into the air would mean never having to build a new freeway, road, or parking area, that being enough to alleviate gridlock.  The savings would perhaps boost investments in research toward more efficient, effective modes of transport – something private enterprise might fund if the rewards are apparent.  Your editor thinks that economic rewards are incentive enough for even the short-sighted.

As noted above, eVolo has demonstrated “dynamic handling” capabilities, and eHang is showing its ability to lift a single-passenger load in and maneuver in a controlled manner.  Joby Aviation has the S2 concept able of taking off vertically and carrying two passengers to destinations up to an hour away.  Each of these could fulfill the requirements for an Uber craft, but Uber and A3 apparently have their own design that emulates – to some extent – the layout of the Joby S2 but would carry only one passenger.

Before Uber can become Uber uber alles, the white papers sees some clouds ahead – starting with the certification process.  The FAA has limited certification for electric aircraft at this point to effectively allow only single-seat operation – a deterrent to the two-seat trainer market.  Uber’s paper suggests (page 45) that because “flight-based ridesharing is a very specific use case,” that the company’s understanding of the market, and “pull” exerted by the demand side of the market will help expedite new rule-making.  Consensus-based standards, according to Uber, will replace the sometimes sluggish process of rulemaking, and FAA and EASA (European Aviation Safety Agency) will work with one another to standard rules for both Europe and America.

The second biggest impediment, at least in order of importance in the white paper, is lagging battery development.  Researchers need to make rapid progress in cell capacity, charging times, and cycle life to reach the 400 Watt-hours per kilogram goal necessary for a VTOL with a lift-to-drag ratio of at least 10 (with 12 to 17 desirable).  The paper expresses some hope that the many development projects worldwide will enable fulfillment of this goal.

A large part of the paper discusses the need for infrastructure compatible with the operation of VTOL-type craft.  The white paper suggests vertiports, areas capable of handling up to about a dozen VTOL craft at once, with landing areas and space for parking the vehicles for extended periods.  Vertistops would allow one vehicle to land and take off on a much smaller area.

Airbus A3 Vahana ready to take on its Uber passengers.

As Mark Moore has shown, freeway off ramps might serve as vertistops, using existing infrastructures to facilitate aerial activity.  One potential problem might be providing parking for those waiting for rides, although that might be alleviated by siting these stops near public transit.

Reuters reported on January 16, “Airbus CEO Tom Enders told the DLD digital tech conference in Munich, adding he hoped the Airbus could fly a demonstration vehicle for single-person transport by the end of the year.

“’We are in an experimentation phase, we take this development very seriously,’ he said, adding that Airbus recognized such technologies would have to be clean to avoid further polluting congested cities.”  Airbus’ Urban Air Mobility division is “exploring concepts such as a vehicle to transport individuals or a helicopter-style vehicle that can carry multiple riders. The aim would be for people to book the vehicle using an app, similar to car-sharing schemes.” 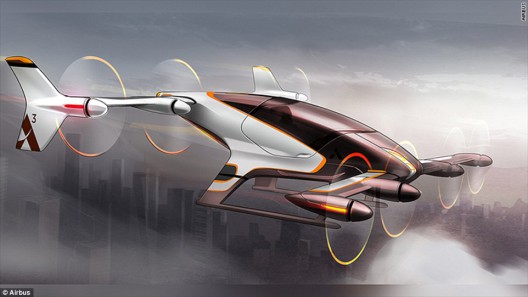 “He said using the skies could also reduce costs for city infrastructure planners. ‘With flying, you don’t need to pour billions into concrete bridges and roads,’ he said.

“Enders said Airbus, as the world’s largest maker of commercial helicopters, wanted to invest to make the most of new technologies such as autonomous driving and artificial intelligence, to usher in what amounts to an era of flying cars.

“’If we ignore these developments, we will be pushed out of important segments of the business,’ he said.”

With corporate giants such as Airbus and Uber willing to invest in serious research and development in autonomous aerial taxis, we may have our flying car sooner than we might expect.