Ashish Kumar, CEO of Zunum Aero, announced that his firm will partner with Safran Helicopter Engines to use that firm’s Ardiden 3Z engine as the powerplant for Zunum’s 10-passenger regional airliner.  He lists the advantages this installation will provide. 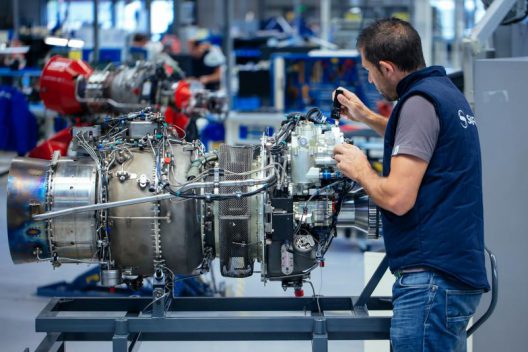 “Our ZA10 aircraft, under development for entry in the early 2020s, will be powered by dual power sources: propulsion batteries, and a Safran turboshaft in the 1,700 to 2,000 shaft horsepower (shp) Ardiden range.  This new model, the Ardiden 3Z, will be used as a hybrid power source achieving demanding cost, efficiency and uptime requirements.  It will be coupled with an electric generator, and the integrated turbo-generator will deliver 500 [kilowatts] of electric power to supplement propulsion batteries on key stages of flight and over long ranges.  Upgrades such as advanced materials and integrated lifecycle management for hybrid service will dramatically reduce operating costs of the engine by extending the life of critical components.” 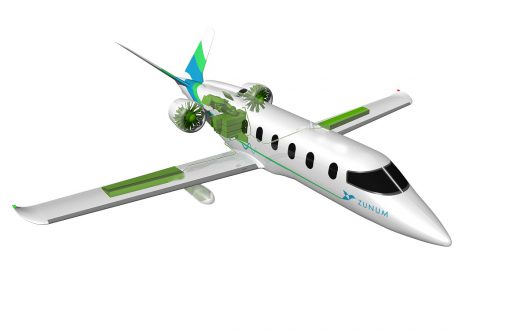 Zunum ZA10 in currently depicted configuration. Underwing pods are new addition and batteries in wings are smaller than previous illustrations

Kumar claims the ZA10 will operate at costs around $250 per hour.  For comparison, a local flight school near your editor rents an instrument flight equipped Piper Geronimo Apache for $255 per hour cash – $265 credit card.  Kumar claims operating costs are 60- to 80-percent lower for the Zunum craft than “comparable conventional aircraft.”  According to Wikipedia, these costs are based on using power grid electricity instead of exclusively jet fuel and include “replacing the rechargeable battery packs every six months after 1,000-1,500 cycles.”

Ground testing in Chicago area facilities has been ongoing, with flight tests originally scheduled for 2019.  Through the fourth quarter of this year and into early 2019, the total power system will be upgraded and tested in stages.  The Ardiden 3Z engine will be tested in France and the U. S., then integrated with a modified Rockwell Turbo Commander test vehicle in 2019.  With similar weights and performance to the ZA10, the Rockwell will provide valuable data as testing progresses.  The powerplant package and batteries will be well tested before they are integrated in to the first Zunums. 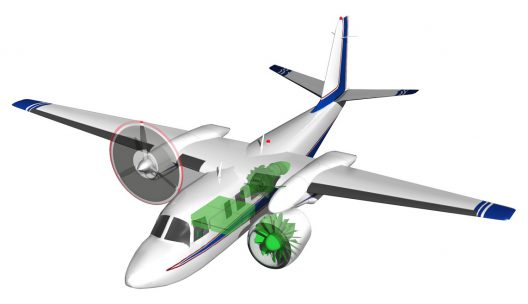 Zunum expects to deliver its first ZA10’s in “the early 2020s,” with upgrades to successive prototypes until the start of certification in 2020 to 2021.

Dominic Gates, writing for the Seattle Times, explains the “evolution of Tesla-style lithium ion battery technology” is crucial to the project, “Yet the rapid changes to that technology are complicating the effort.”  Batteries will change a great deal between now and the ZA10’s first flight, and even more by the time the airplane is certified for passenger service.  Zunum engineers, “Anticipate having to redo the battery certification process multiple times even after that, as the technology improves.”

Zunum’s chief technical officer, Matt Knapp, said the uncertainty about the shape, size, or weight of the battery pack is, “Driving my mechanical engineers nuts.  They are having to figure out how to accommodate a changing energy source and size over the lifetime of the aircraft… We don’t have a crystal ball to lock down a (battery) production partner for 2022,” when Zunum wants to start final Federal Aviation Administration (FAA) certification of the airplane.  Knapp explains this means recertification and requalification as new batteries become available.

To avoid issues such as battery overheating that grounded early 787 Dreamliners,  “Knapp said the fundamental design requirement for Zunum’s battery system is that two or more cells can overheat without spreading to the entire pack and creating a fire, according to the Times… How to do this is pretty well known.  It’s a matter of doing it in a lightweight and consistent manner.“