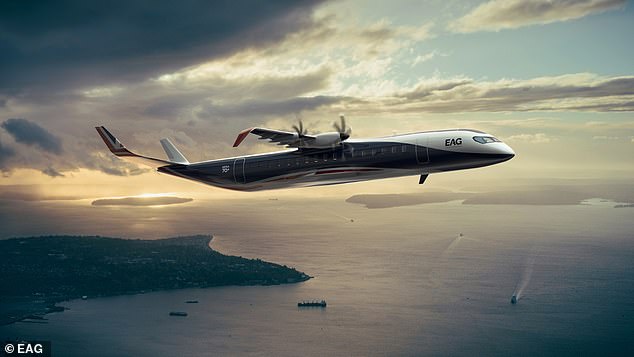 Emulating bird flight has been a big part of man’s desire to fly through the years.  The latest in ornithological look-alikes comes from the Electric Aviation Group in the United Kingdom.  Their creation seem to be an outgrowth of last year’s somewhat controversial Bird of Prey concept displayed by Airbus at several prominent airshows. 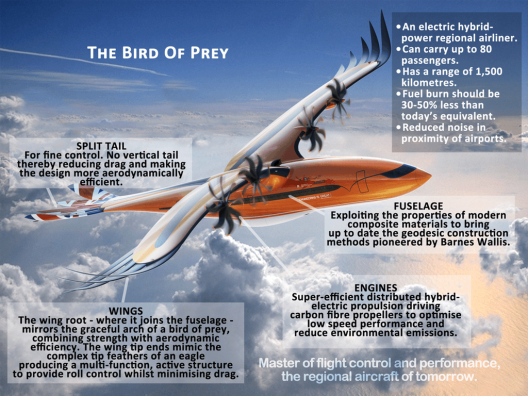 Designed to have a “certain ‘Wow’ factor,” the model took its cues from hawks and eagles, including a high-arched wing blended into the upper fuselage.  It featured wingtips much like a bird’s, with primary feathers ostensible capable of morphing to control banking and even adverse yaw in a turn. Even its patriotic tail feathers were indeed feather-like and added to the avian quality of the aircraft.

Sailplane designers in the 1930’s tried similar imitation, with craft like the German Fafnir reaching an arch-winged perfection. 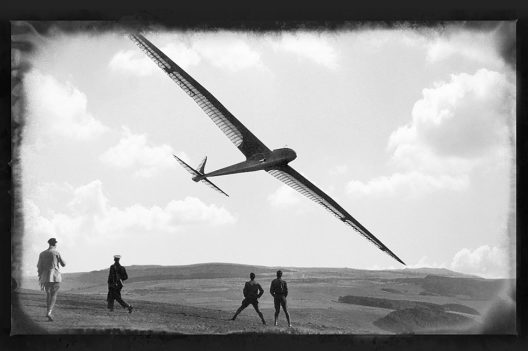 Its flight, at least in this video, would be a model of grace and smooth, flowing motion – a bit dreamlike.

The British have always been good at giving their aircraft mythological appellations.  According to Greekmythology.com, “Hera is the wife of Zeus, the Queen of Olympus, and the Olympian goddess of marriage. As such, she is also the deity most associated with family and the welfare of women and children. Her marriage, however, was an unhappy one, since Zeus had numerous affairs. Jealous and vengeful, Hera made sure to give each of his consorts some hard time.”

Others have used the acronym, with one example four years ago from Imperial College in London.

Substantially different in configuration and with a distributed electric approach to propulsion, this aircraft has the same basic mission and requirements for quiet, economical, clean operation as the EAG proposal.

Perhaps short for EAGle, the resurrected design seems to be a more plausible version of the Bird of Prey, and has solid corporate and aerodynamic backing.

Mission parameters include reducing carbon dioxide emissions 75 percent per passenger kilometer over regular jet aircraft, dropping nitrogen oxide emissions 90 percent, and lowering noise by 65 percent.  EAG embraces these goals enthusiastically, seeing a slowdown in cleaning up existing craft.  “While the sector has made substantial progress over the last 50 years in addressing some of these factors, the pace of improvement is slowing as opportunities to do so on existing aircraft diminish and we remain a long way from reversing the impact on the environment. Hence it is time for the industry to embrace a paradigm shift. If we are to realize improving emissions that are moving towards the 2050 targets, then this paradigm shift needs to be embraced now and wholeheartedly.” 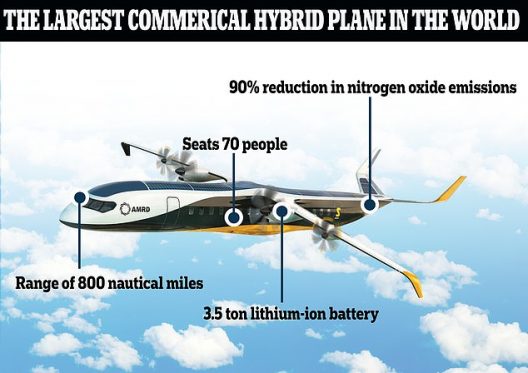 According to notes released for the beginning of the (virtual) Farnborough International Air Show, EAG’s HERA will be endowed with the following virtues:

The design, has received additional support from EAG’s JetZero consortium, which includes some of the UK’s leading engineering and manufacturing organizations and senior academic advisors.

There will be competition, perhaps.  With larger and longer-range craft such as Jeff Engler and EasyJet’s Wright 1  making headway, HERA will find itself in a new and competitive environment.  Its medium size and medium-range capabilities should make it a desirable aircraft for that part of the market.