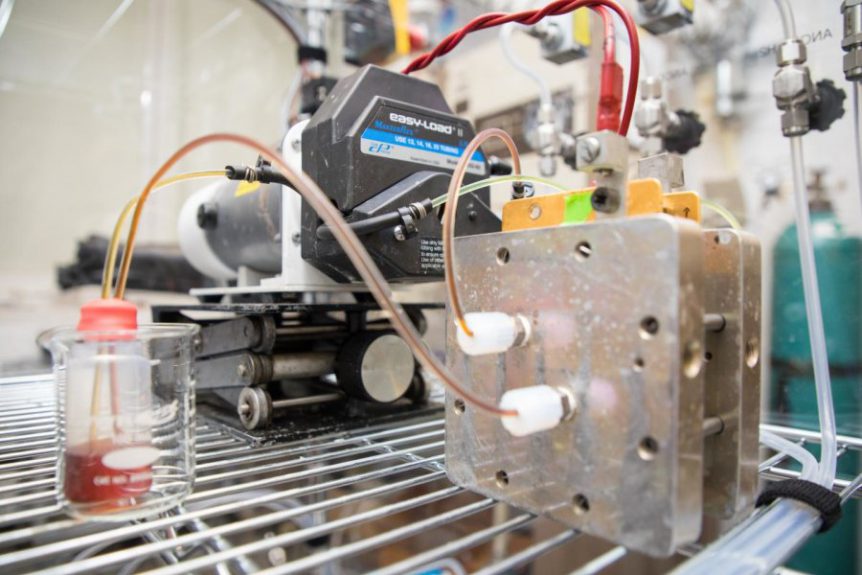 As previously noted in the blog, the Tissandier Brothers flew their Siemens-powered electric airship in 1883 using a flow battery of their own design for energy storage.  This technology gets a lot of attention for grid-based energy storage, but might have use in more mobile applications.  Nano Flow Cell Technologies in Switzerland, for instance, used different salt waters to power their Quant and Quantino automobiles.

Howard Handelman, a regular reader of the blog, shared the following two researches into modernizing flow cells.  Stanford and Harvard researchers both cooked up different ingredients than one would normally find in a flow battery.  Both groups achieved better than average performance and longevity.

Stanford’s battery uses liquid metal that more than doubles the maximum voltage of conventional flow batteries.  Things happen at normal temperatures, unlike flow batteries that need extremely high temperatures.  The metals used are low-cost and non-toxic, unlike the dangerous fluids used in other flow batteries. 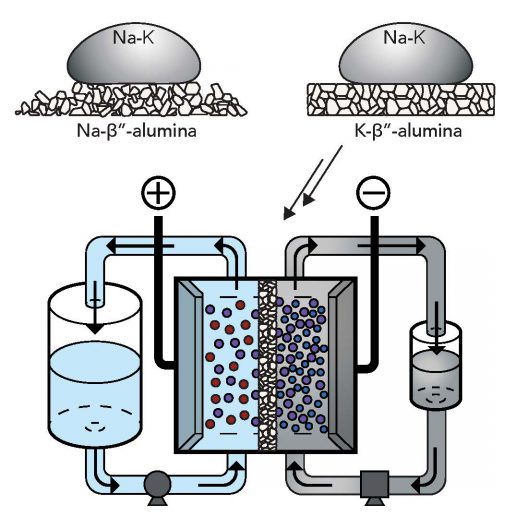 William Chueh, Stanford assistant professor of materials science and engineering, PhD student Antonio Baclig and Jason Rugolo, now a technology prospector at Alphabet’s research subsidiary X Development, used sodium and potassium.  The Stanford press release explains, that when mixed they form a liquid metal at room temperature, which is used as the fluid for the electron donor – or negative – side of the battery.  “Theoretically, this liquid metal has at least 10 times the available energy per gram as other candidates for the negative-side fluid of a flow battery.”

The group found a suitable ceramic membrane made of potassium and aluminum oxide to keep the negative and positive materials separate while allowing current to flow.

The sodium/potassium negative side coupled with the membrane “more than doubled the maximum voltage of conventional flow batteries, and the prototype remained stable for thousands of hours of operation. This higher voltage means the battery can store more energy for its size, which also brings down the cost of producing the battery.” 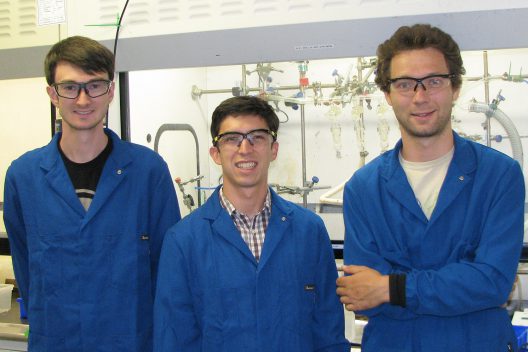 Baclig adds, “A new battery technology has so many different performance metrics to meet: cost, efficiency, size, lifetime, safety, etc.  We think this sort of technology has the possibility, with more work, to meet them all, which is why we are excited about it.”

He concludes, “We still have a lot of work to do,” said Baclig, “but this is a new type of flow battery that could affordably enable much higher use of solar and wind power using Earth-abundant materials.”

The group published their work in the July 18 issue of Joule.

They continue their work, looking at different membrane and liquid materials.

And all the days of Methuselah were nine hundred sixty and nine years: and he died.
Genesis 5:27 (King James Version)

Research co-led by Roy Gordon, the Thomas Dudley Cabot Professor of Chemistry and Professor of Materials Science, and Michael Aziz, the Gene and Tracy Sykes Professor of Materials and Energy Technologies at the Harvard John A. Paulson School of Engineering and Applied Sciences (SEAS) has helped create a “new organic molecule that outlives and outperforms its predecessors, offering the longest-lasting high-performance organic flow battery to date. Nicknamed the Methuselah quinone — after the longest-lived Biblical figure — this molecule could usefully store and release energy many tens of thousands of times over multi-year periods.” 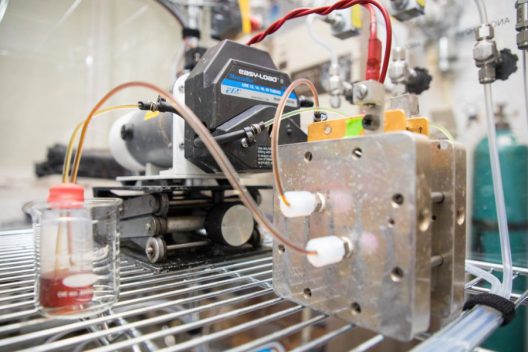 Methuselah battery should last many years – but probably not 969.  Image: Eliza Grinnell

The abstract for the team’s paper in the journal Joule explains, “…This near-neutral flow battery shows a capacity fade rate that is the lowest of any quinone and rivals the lowest ever reported for any flow battery in the absence of rebalancing processes. This result adds the important attribute of long calendar life to quinone-based redox-flow batteries, which may enable massive penetration of intermittent renewable electricity.”

Michael Aziz explained the significance of the Harvard battery.  “In previous work, we had demonstrated a chemistry with a long lifespan but low voltage, which leads to low energy storage per molecule, which leads to high cost for a given amount of energy stored.  Now, we have the first chemistry that has both long-term stability and comes in at more than one volt, which is commonly considered the threshold for commercial deployment. I believe it is the first organic-based flow battery that meets all of the technical criteria for practical implementation.”

Obtaining more than one Volt from a flow battery is a big breakthrough, but usually means accepting a short-lived energy-storage unit.  Laboratory experiments show the Methuselah molecule had a fade rate of less than 0.01 percent per day and less than 0.001 percent per charge/discharge cycle.  This means less than 3 percent degradation over the course of a year – and years of useful operation.

Potentially safer and, less expensive than lithium-ion batteries and vanadium flow batteries, the Methuselah battery would be a viable alternative for large-scale energy storage. 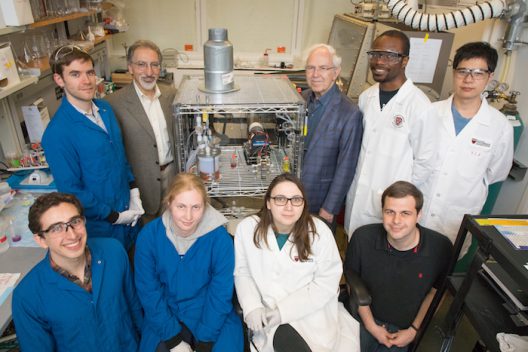 “This research demonstrates the potential of organics,” said David Kwabi, a postdoctoral fellow at SEAS and co-first author of the paper. “We show that organic molecules are a viable, long-lasting, cost-effective alternative to expensive vanadium batteries.”

1: either of two isomeric cyclic crystalline compounds C6H4O2 that are derivatives of benzene

2: any of various usually yellow, orange, or red quinonoid compounds including several that are biologically important as coenzymes, hydrogen acceptors, or vitamins