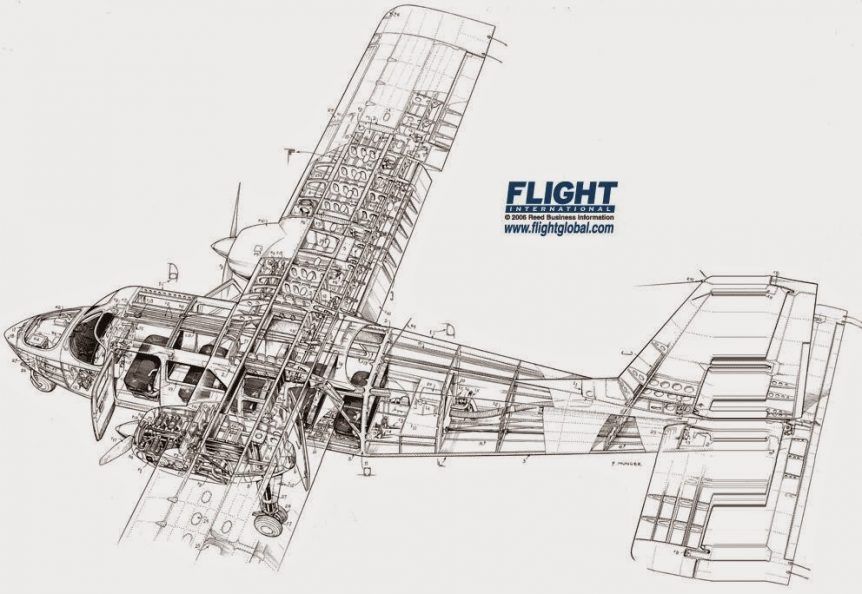 It seems quaint and charming, typically British as we used to understand them from vintage films.  The idea of taking a 1.7 mile flight from Westray in the Orkney Islands to Papa Westray within visual range may seem a bit eccentric.  The landing on the beach at low tide seems even more so.  Loganair, which serves the Orkney Islands, experiences many ups and downs in a day, their longest flight taking a mere 15 minutes.

Twice-a-day flights between the Westrays can be disrupted by North Sea weather, as can boat passages between the islands, which often take two turbulent hours.  Obligingly, the airline offers flex tickets good for essentially – whenever.  Fares seem reasonable, though, a one-way trip either way costing 7.25 Pounds ($8.72).

Beyond the scheduling difficulties, operation of air-cooled engines for such short flights does not promote long periods between overhauls.  Electric motors are ideal for such duties. 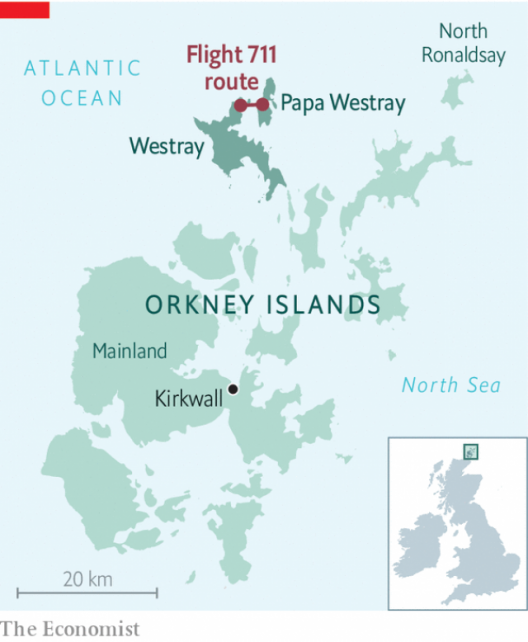 As reported here recently, Harbour Air in Vancouver, BC and Seattle, Washington is striving toward that honor, with the possibility or flying their first electric DeHavilland Beavers and Twin Otters by year’s end. 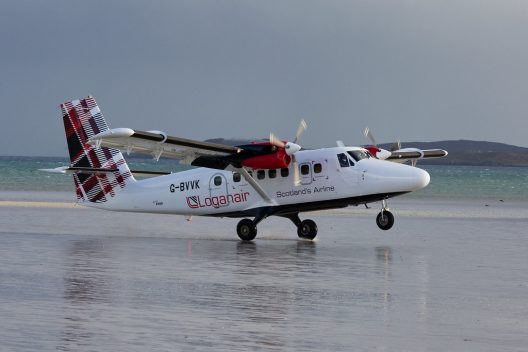 As quaint as a 50-second crossing may seem, it is of great import to the islanders.  The Scotsman reports, “James Stockan, leader of Orkney Islands council, said: ‘Our inter-island air service provides a lifeline for our more remote communities and is subsidized by the council.”  At the economic level, “We are keen to see if this project could significantly reduce the amount of expensive aviation fuel required to run the service and, most importantly, if this can be done safely.” 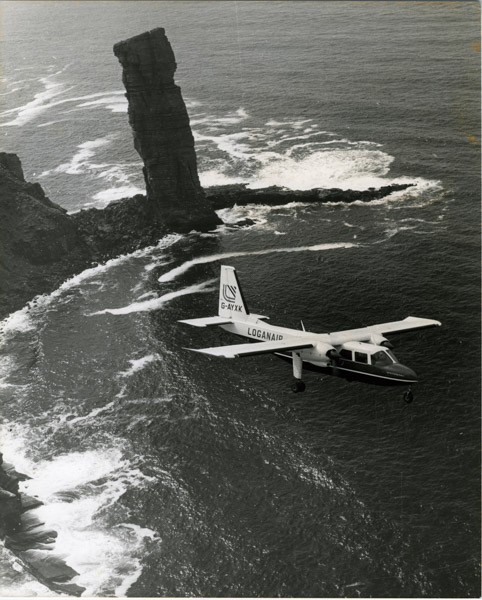 Loganair Islander flies past Old Man of Hoy, an iconic Orkney site, in this vintage photograph

The Economist adds, Orkney is already a leader in green energy. It generates more wind power than it consumes—it sells electricity to the national grid—has the highest rate of electric-vehicle ownership in Scotland and is experimenting with batteries to store excess energy. The council is working on a scheme to introduce hydrogen-powered ferries in 2021. If all goes according to plan, Loganair’s e-planes should take off the following year.”