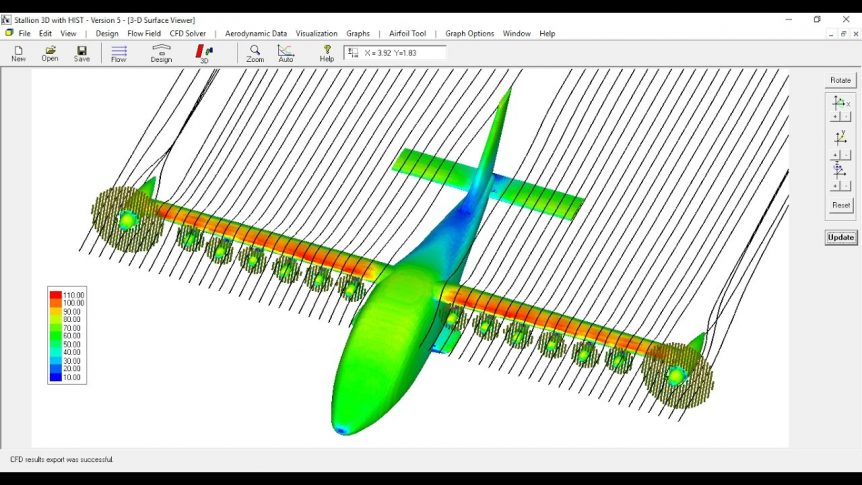 On Day  Two of the Symposium, Jason headed the presentation with a discussion of the implications of this and McSwain’s work on overall energy economy and NASA eVTOL discoveries.  Robert followed with a technical description of the Nano Electrofuel (NEF) Aqueous Flow Battery and Rim-driven Motor (RDM).

“AQUIFER establishes technical feasibility of an early-stage technology, a high-energy density, aqueous-based, flow battery, resulting in a near-term increase of 1.7 times range over an all-electric battery, while retiring fire and explosion hazards associated with lithium-based chemistries. The… flow battery will be integrated with a rim-driven motor (RDM) as a multi-functional design to eliminate conductive EMI and weight from long cable runs, and provide liquid cooling from the aqueous fuel. When successful, the technology provides an improved safety energy storage solution for emission-free electric propulsion in commercial aviation.”

A paper on the project informs, “The Energy Economy of the project concept is presented as a potential renewable or green energy [sustainability] for utilizing in-place infrastructure. The nano-electric fluid energy charge-use-recharge cycle is presented using renewable energy input from solar, wind, and hydroelectricity.” 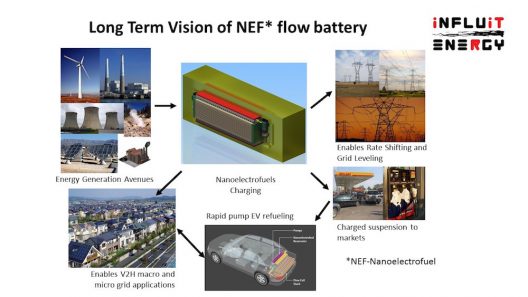 One benefit of NEF is the ability to simultaneously achieve high energy density and high power density based on the solubility limits of the redox (reduction-oxidation) compounds used.

NASA will develop the NEF battery chemistry in two steps.  Gen 1 chemistry is slated to enable 100 milli-Amps per square centimeter with a pack-level specific energy of 125 Watt-hours per kilogram and 350 Watt-hours per liter.  This would be for a four-passenger aircraft in the X-57 Maxwell size and weight range.

NASA is striving to achieve a specific energy density of 600 Watt-hours per kilogram at the system level.  For comparison, George Bye of Bye Aerospace reports that lithium-ion packs in his eFlyer 2 are now at 260 Wh/kg.

A Rim-drive propeller reverses the normal geometry of a hub-driven prop.  Instead of being driven from the centrally-located hub, the propeller is pushed by a drive around its rim.  Boats use rim-drive thrusters to help with docking and other close-in maneuvers, and reported in this blog last year.  Similarly, Franco Sbarro designed a hubless wheel for motorcycles and automobiles in 1989.

One thing piqued your editor’s interest about the RDM, though. NASA’s illustrations show a very thin chord (disappearing to a point) at the center of the propeller and a wide chord at the outer limit, or rim.  People like Jack Norris and Paul Lipps taper their propellers to the narrowest chord at the outer portion, partly to maintain fairly constant Reynolds numbers along the propeller length. 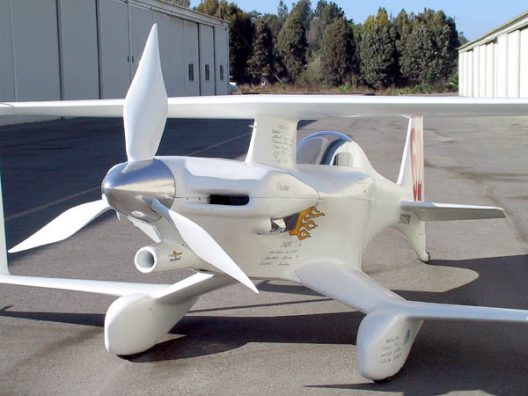 Your editor asked Robert McSwain about the reversed (or inversed) Reynold numbers that would come with the wider part of the propeller blades being in the fastest part of the airstream.  He responded, “…This was one of the design challenges in the Rim Driven Fan. We considered this a design trade for our team between aerodynamic efficiency and structures. If we maintained Reynolds by decreasing chord as airspeed increased the structural requirements for the materials became an issue. Another interesting feature for the RDF includes the root being on the rim, the root now has to deal with compression instead of tension. This point you reference was an example of the very unique and interesting design challenges associated with the RDF. The “optimal” RDF design for our thrust and airspeed design conditions is still not known, but we have tried to use this first design iteration to support our prediction/design tools. I hope with future work we can determine an “optimal” design vetted with proven design/prediction tools.”

One possible benefit of this type of design is that tip losses would be reduced or eliminated, the tip being “capped” by the rim and surrounding structure.  We will have to see how actual tests either verify the original calculations or lead to changes in the design.

Both Robert and Jason currently work on the X-57 project, but each has a range of experiences that have led to their current assignments.

Robert has over five years with NASA and is now a co-principal researcher on the AQUIFER project.  One item of connected interest was his work on the GL-10 Greased Lightning project. 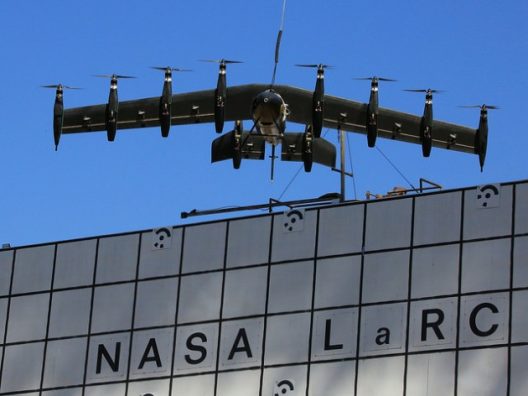 Jason has performed  a varied set of investigations for NASA, outlined in his background for SAS 2019.  Your editor found 2017 NASA award interesting, for the “Smartest Failure” (along with others) on the X-56 project.  That involved a highly flexible airframe used to test the limits of aeroelasticity on high-aspect ratio wings.  Later research led to an improved airframe which overcame the problems and exceeded those limits.  His PowerPoint presentation on comparisons between “Manned Versus Unmanned Risk and Complexity Considerations for Future Midsized X-planes” is worth a look. 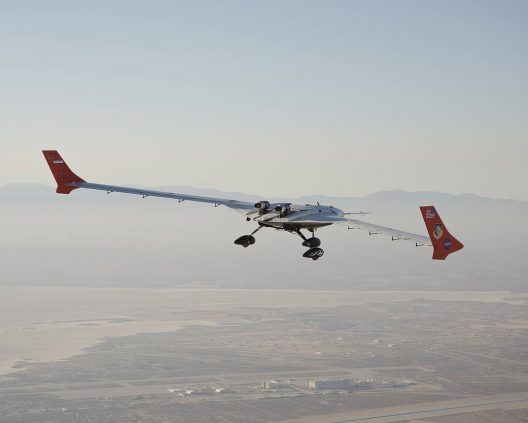 The X-56A “MUTT” (Multi-Utility Technology Testbed) flies a research flight in the skies above Edwards Air Force Base.

With flight tests set for the next year, we look forward to their ongoing work with AQUIFER and the X-57 Maxwell.