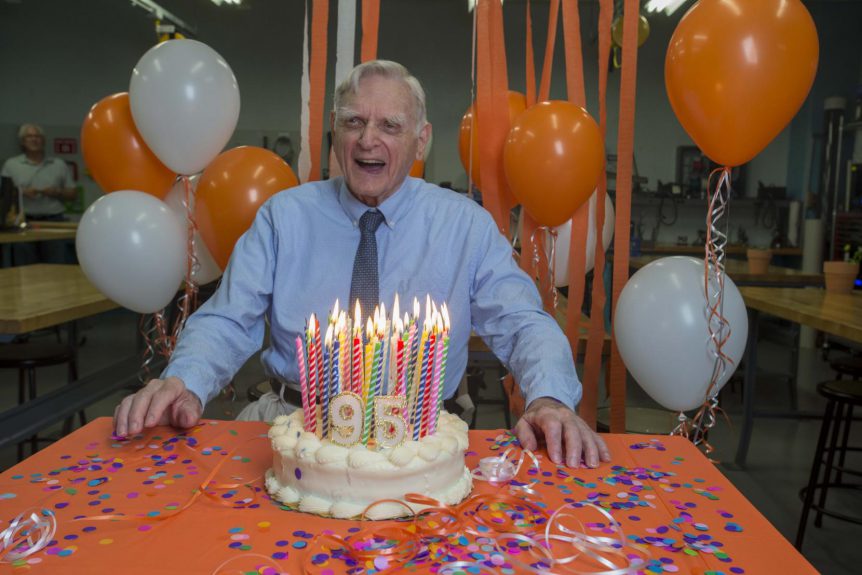 A Long and Productive Life

On his 96th birthday today, John Goodenough and his research team’s latest findings are the subject of much speculation.  He, fellow scientist Maria Braga, and his research team have created a battery claimed to be three times as energy dense as existing lithium-ion contemporaries, but exhibiting the counterintuitive property of improving with repeated charging cycles.

Goodenough’s career began in 1943 (a year after your editor was born) with the award of his bachelor’s degree in mathematics from Yale University, followed his master’s and Ph.D. in physics from the University of Chicago in 1951 and 1952 respectively.  He worked at MIT and in 1976, left to become head of Oxford University’s Inorganic Chemistry Laboratory from 1976 to 1986.  In 1986, he assumed the Virginia H. Cockrell Centennial Chair in Engineering at the University of Texas at Austin, at an age where most men are cashing in their 401k’s.

Texas Monthly comments on the counterintuitive nature of the man himself.  “And yet, he’s a bit of an anomaly in the research world. For one, ‘I use chemistry to answer physics questions,’ he says. Also, he sees a connection between his scientific pursuits and his Christian faith: ‘If you believe that there’s a creator, you should show respect for that creator by respecting his creation. Scientists show respect for creation by studying our planet and how it works. They serve people with their discoveries.’” 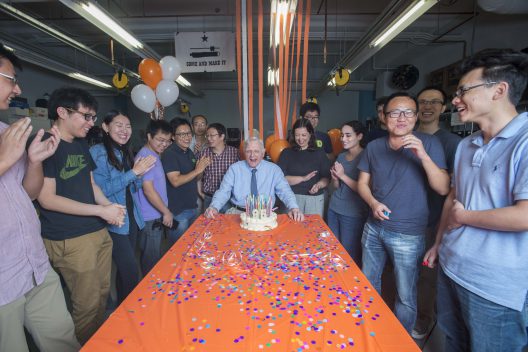 John Goodenough’s  2017 95th pre-birthday party in the Maker Studio at the Cockrell School of Engineering – photo taken on June 30, 2017. His actual birthday is on July 25.  Photo by Marsha Miller

The University of Texas writes of his accomplishments, “In 1979, his discovery of the lithium-ion battery dramatically shaped the world of consumer electronics. These rechargeable batteries are now used by millions of people every day to power consumer electronics as diverse as cellphones, tablets, cameras and tools. You are probably holding one right now.”

“Nontraditional, Safe, High Voltage Rechargeable Cells of Long Cycle Life,” published in the April 24, 2018 issue of the Journal of the American Chemical Society, hides a great deal of promise behind a humble title.  Co-authors Maria Helena Braga, Chandrasekar M Subramaniyam, Andrew J. Murchison, and John B. Goodenough share honors for this potentially exciting revelation.  (Cautionary note: other researchers seem to be expressing a great deal of skepticism about this research, although honoring Goodenough and Braga’s demonstrated skills as researchers.)

Why is it exciting?  First, the battery has gone through over 23,000 cycles.  Most researchers seem to announce results after a hundred or so cycles, avoiding the issue of how their cells will hold up long term.  Second, the battery gains specific capacity (milliamp hours per gram) as the number of cycles increases.  Normally, batteries lose storage capacity as they are used.  Since the 23,000 cycles would allow a charge/recharge cycle every day for 63 years, this is essentially a lifetime battery.  Third, there is no cobalt, expensive and with the market cornered by China.  It’s replaced by more common, less expensive materials.  Fourth, it’s a solid-state battery, with no liquid electrolyte to ignite.  Fifth, it charges in quick-time, much like a capacitor.

That controversial rise in capacity with an increasing number of cycles. Where will it end?

The so-called “glass battery” has several areas of controversy, as listed an article in Axios.  Its high “relative dielectric constant,” a measure of energy storage in an electrical field, is higher than any recorded for a material.  Axios says the paper apparently does not make clear whether an unplugged battery of this type will hold its charge for any significant time, although parts of the JACS paper seem to address this.   The battery’s ability to increase capacity through repeated charging elicits the most skepticism, expressed by six battery scientists contacted by Axios. 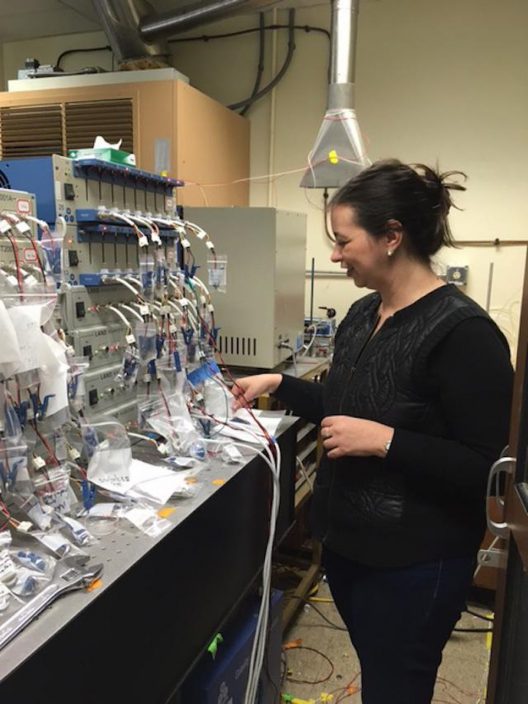 Maria Braga responded to the criticism in a follow-up to the article.  “Data is data and we have similar data from many different cells, in four different instruments, different labs, glove box. And at the end of the day, the LEDs are lit for days with a very small amount of active material after having cycled for more than 23,000 times.”  (The “glove box” reference is not explained.)

Goodenough’s contributions are found in virtually every lithium battery today.  Even though he’s often mentioned as a potential Nobel Prize winner, his efforts have rarely given him substantial financial compensation.  His determined outlook and happy disposition seem to be their own reward, though, and his research continues.  He foresees his latest creations achieving commercial status in the next two years.  Let’s hope he’s right.