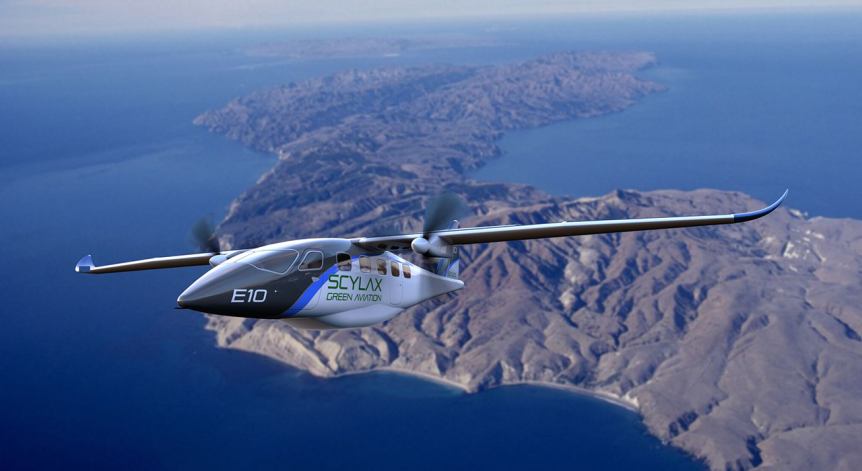 A joint venture between the East Frisian FLN airline (FLN FRISIA-Luftverkehr GmbH Norddeich) and Munich aircraft manufacturer Scylax GmbH has helped expand the success of two “clean-sheet” designs, the E6 and E10.  Both are promised to China Blue Airlines, and their first-time sale to a German-based airline will help ensure economies of scale for production. 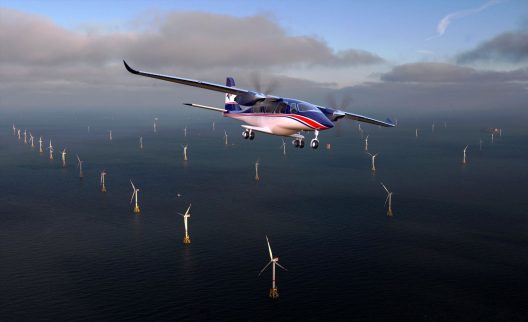 Short Runs with no Range Anxiety

FLN already operates 10 BN-2 Norman Britten Islanders and a few Cessna 172s and 182s.  The Islanders would be replaced over time by E10s.  As one can imagine, The North Sea and limited airports make special demands on aircraft, including being able to take off and land in 300 meters (984 feet) and manage 40 knot (46 mph) crosswinds , as depicted in the videos of Norman Britten Islanders landing on the airport at Nordern.  Electric craft should have even better performance.

Founded in 1969 to supplement shipping traffic to the East Frisian islands of Juist and Norderney, FLN Frisia-Luftverkehr GmbH includes the shortest distance scheduled airline flight between mainland Nordern and island Juist.  It takes a little over five minutes for the roughly eight mile trip – half of the time taxiing – in an Islander.  It should be even quicker in the E6 or E10 with their 300 kilometer per hour (186 mph) cruising speed.  Each electric aircraft should be able to make several round trips between rechargings, considering their 300 kilometer range.

Scylax owners Calin Gologan and  Rosario De Luca announced their partnership with FLN.  “Together with FLN we redefined the aircraft in order to fulfill the airliner requirements:

The partners add their initial offering will fly 300 kilometer legs emission free, with no CO2 and very little noise.  In ten years, with advanced battery technology, range should increase to 600 kilometers (372 miles). 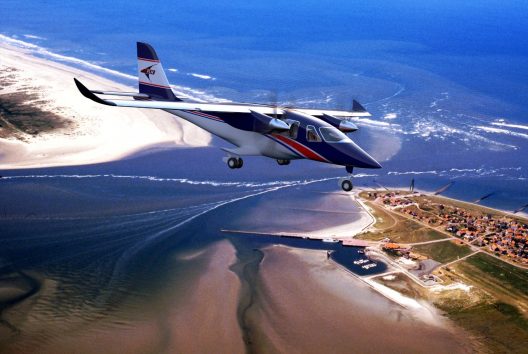 Certification plans include at three years out, “a demonstrator which will be in the first phase used by Frisia for Ireland  freight , then complete full EASA CS23 certification in [a] max[imum of] 8 Years from now.”  The partners see that as a realistic certification goal, and hope to reach that goal sooner.

The small cabin won’t be a big impediment to enjoying quick crossings at low altitude.  Electric motors from Siemens and Magnix will meet the power requirements.

Gologan’s earlier designs, the E1 and E2, showed his ability to make light, strong structure.  The E1 had a 100 kilogram (220 pound) airframe, with 100 kilograms of batteries hauling a 100 kilogram pilot). The all-up weight of 300 kilograms (660 pounds) was near U. S. ultralight specifications, but able to cruise over the Alps.  This ability to produce high performance from minimum materials makes battery-powered flight a reality.

(Editor’s Note: Calin Gologan advises that “China Blue was a Name given by Zhonglan .”  Issues with the Zhonglan contract led to that firm withdrawing from the project.)