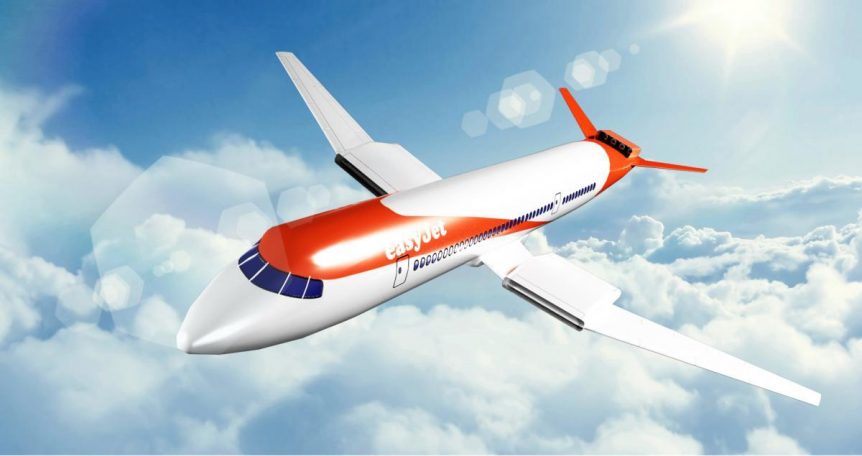 While most anticipated new electric aircraft don’t seem to exceed 50 seats, Wright Electric has begun a more ambitious program for its 186-seat electric airliner, Wright 1.  In a January 30 press meeting at the Refinery Hotel in lower Manhattan, Wright announced plans to move forward with their design and testing program for a substantial electric airliner.

Wright CEO Jeffrey Engler promised: “Wright Electric is dedicated to bringing low-emissions 186-seat electric planes systems to market. Wright Electric’s mission is to make commercial aviation greener, and our megawatt engine program is the next step in making our mission a reality.”

Wright’s plans include moving its headquarters to Albany, New York, “to take advantage of the extraordinary local engineering talent.”  Wright will work with BAE Systems, “…to help to accelerate the new technology.”  A big part of that new technology will be the 1.5 megawatt electric motor and supporting three kilovolt inverter to control all those currents.  Such powerplants are substantially greater than anything else currently (almost impossible to avoid puns) flying.

Two of the most aggressive, for instance, Harbour Air in Vancouver, B. C. and Eviation in Qadima, Israel use different versions of the Magnix Motor – originated in Australia and now headquartered in Vancouver.  The three smaller Magni 250 motors on the Eviation Alice will produce a total of 900 peak kilowatts (1,206 horsepower), and the single larger Magni 500 on the Harbour Air DHC-2 Beaver puts out 560 kW, or 750 shaft horsepower.  The Alice will haul two pilots and nine passengers, the electric Beaver a pilot and six passengers.

Closer to the projected Wright 1, a Boeing 737-800 is a single-aisle, 189-passenger airliner.  It has two engines that produce 24,200 to 27,400 pounds of thrust each.  To keep things simple, consider a conversion that says one pound of thrust equals one horsepower at 375 mph.  The Wright 1’s motors will have to produce a rough equivalent of the Boeing’s thrust to generate that cruise speed.

As seen in the video, clusters of smaller motors will be buried in the wings.  It will be interesting to see how this configuration, similar to early jetliners such as the DeHavilland Comet will work out in electric form.

This may seem like a ludicrous expectation, to borrow a Tesla performance title, but consider that batteries will improve over the next decade, and that performance considerations will be different from the 588 mph cruising speed of the Boeing.  Let’s look at a more reasonable 300-350 mph cruise – fast enough for the short routes planned for the Wright 1. Total aircraft drag decreases by the square root of the speed, and power required by the cube root.  That’s part of why Green Flight Challenge aircraft could achieve such distances and low weights even with the batteries available 11 years ago.

With Tesla batteries available today, the battery weight drops to approximately 1/9th of the 588 mph size pack, or 176,000 pounds.  With 2X battery of the future, that becomes 88,000 pounds.  Note that these are spitball figures by a mathematically-challenged English major, but they may be achievable and are 2X the 44,685 pounds of fuel carried by a 737-800.

With light-weight electric motors, as in the smaller examples now flying, battery weight can be offset by reduced powerplant mass.  Perhaps it’s not as difficult as it first seems.  Comments and corrections are more than welcome.

Wright’s partnership with easyJet, a European budget airline, is a mutually advantageous one.  The airline prizes efficiency and has reduced its carbon emissions per passenger-kilometer by 33.67 percent since 2000, and targets a 38-percent reduction by 2022.  It’s also the first major airline to offset the carbon emissions from all its flights.  Wright’s press release emphasizes, “Their priority is to continue reducing their carbon footprint in the short-term while they support the development of innovative technology to accomplish their long-term goal of carbon-free aviation, which Wright is making possible.”  The video makes it plain that flying easyJet is not a great deal different from flying coach in America.

Meanwhile, Wright is working with agencies such as NASA and the Air Force Research Laboratory to improve Wright 1’s fuselage aerodynamics.

Johan Lundgren, CEO of easyJet, commented: “This is another crucial step for our partner Wright Electric to move towards the introduction of commercial electric aircraft and it is exciting to see their ambitious timeline for testing and entry into service.

“Battery technology is advancing at pace with numerous US government agencies now funding research into electric aviation– all of these developments help us to more clearly see a future of more sustainable operations.

“We know it is important to our customers that we operate as sustainably as possible – our carbon offsetting program has been positively received by our customers and we have now offset more than nine million passenger journeys – but we are clear this is an interim solution until new technologies become available and we can see more clearly than ever a future that is not exclusively reliable on jet fuel.”

Matt Rogers, founder of Incite.org, a venture capital firm, commented: “This is a milestone for Wright Electric and for the future of aviation.  Addressing the climate crisis requires innovation and partnership, especially in the hardest areas to decarbonize.  Wright Electric’s progress demonstrates how both new and established aviation leaders can come together to pave the way for low-emissions travel and set an example for others.”

Ehtisham Siddiqui, Vice President and General Manager of Controls and Avionics Solutions at BAE Systems, commented: “We are discussing collaboration opportunities with Wright Electric on the development of flight controls and energy management systems for its electric aircraft.  Our new development builds on decades of experience in both domains, as we strive to help shape the future of flight.”

With so much riding on this announcement, and so many questions still to answer, this news will be unfolding in months to come.  The partners seem well suited to driving this green new wave.