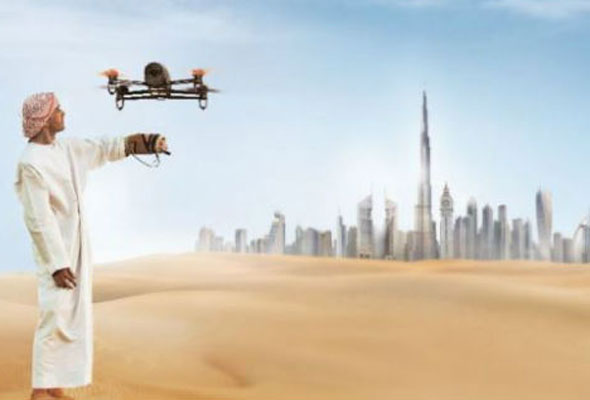 “As a kid who grew up in the ’80s, I thought by 2020 we’d have flying cars and a clean planet, and yet here we are grappling with a global pandemic and much uncertainty in these very strange times.”

This greeting from Hani Almadhoun, Director of Philanthropy for  the the United Nations Agency for Palestine Refugees in the Near East. UNRWA USA, reminds us of our common humanity and spirituality while lamenting the fact that we don’t yet have those long-promised flying cars or at least a well-looked-after planet. Like the virus, the unfulfilled dream of a “flying car” seems universal.

Faced with an imperfect reality, fixed- and rotary-wing drones are showing their worth in fighting the Corona virus (COVID-19) virus and other diseases worldwide. We will sample from A (Alphabet) to Z (Zipline) performing life-saving tasks in sometimes surprising ways.

“Alphabet’s drone delivery company Wing has seen a ‘significant’ increase in demand in recent weeks as people adhere to social distancing rules during the COVID-19 pandemic. Business Insider reports that in the last two weeks the company’s drones have made over 1,000 deliveries, while Bloomberg reports a doubling of deliveries in the US and Australia.”

Social distancing comes from on high, with Wing’s machines lowering their medicines or mochas to a ground target on a long tether. Cruising at 65 mph, the little drones deliver quickly.

The Verge adds, “Wing is currently the only service offering drone deliveries to the general public in North America, although Amazon is also working to launch its own Prime Air service.”

EHang’s 216, “the two-seat passenger-grade AAV,” flew medical supplies four kilometers (2.48 miles)from Hezhou Square to the Hezhou People’s Hospital, landing on a 25-story rooftopl. Unmanned flight is “critical in current epidemic situation,” and the 216’s capacity allows bringing along a medic — represented by Ehang’s Chief Strategy Officer, Edward Xu, who is not a pilot and enjoys his tea along the way.

EHang reports, “The 216 AAV automatically returned after the delivery. The 8-kilometer round-trip flight operation was unmanned .”

Matternet started as a “last milea” delivery service for roadless parts of Africa and displayed at the Green Flight Challenge Expo in 2011. Its operations have expanded since then and it’s become the first FAA-approved drone airline, according to the organization.

Its Part 135 Standard certification allows UPS and Matternet to rapidly scale drone delivery for hospital operations in the U.S. The Mountain View, California-based drone maker sees this as a breakthrough for its machines. CEO Andreas Raptopoulos comments, “We founded Matternet with the belief that we must create a new layer of transportation, using networks of drones for delivering urgent items on-demand at a fraction of the time, cost and cological footprint of any other transportation method.”

According to Matternet, “The… M2 system is capable of transporting packages of up to 5 lbs over distances of up to 12.5 miles in operations beyond visual line of sight (BVLOS) and over people.

Alec Momont, a graduate student at Delft University of Technology (TU Delft), has designed a drone that provides a professional response to heart attacks within a single minute. This could be great news for the million Europeans who suffer cardiac arrest every year. Saving nine minutes over the average response time for ground-bound ambulances could increase the survival rate to 80-percent – a huge boost over the current eight-percent rate.

In a press release, Momont explained, “It is essential that the right medical care is provided within the first few minutes of a cardiac arrest. If we can get to an emergency scene faster we can save many lives and facilitate the recovery of many patients. This especially applies to emergencies such as heart failure, drownings, traumas and respiratory problems, and it has become possible because life-saving technologies, such as a defibrillator, can now be designed small enough to be transported by a drone.”

The German firm, already demonstrating its 18-rotor machines in Germany, Dubai, and Singapore, has been staging mock rescues by delivering medical equipment and personnel to “accident” scenes in two German locations.

Part of an ADAC Luftrettung  (air rescue) feasibility study, these simulations demonstrate their mission of transporting doctors to patients as quickly as possible.

“Covering everything from the alert at the ADAC Luftrettung HEMS base to the emergency treatment of the patient on the scene, a real-life operation was staged. Publication of the findings of the research project is scheduled for next year. From then on, the theoretical and practical experiences gained could be applied in a real-life pilot project.”
ADAC Luftrettung , a charitable organization, becomes the first air rescue organisation in the world to test a manned multicopter in aeromedical missions.

Scientific support for the project comes from thecwith whom ADAC air rescue has already cooperated in research and development.

Do It Yourself in Dubai

Running a scenario similar to that of Volocopter’s, but using a more self-suffient approach, this United Arab Emirates drone flies first aid to the downed cyclist, but its handlers apparently assume if he can patch a tire, he can patch himself. There is little to identify the company involved in the video.

WingCopter, another German company, combines multi-rotor vertical lift with high-speed horizontal flight, and depending on payload, hits speeds of up to 150 mph, a Guinness record. WingCopter can carry a 3.5 kilogram payload in winds up to 44 mph.

WingCopter’s web site reports, “On the South Sea island of Vanuatu, the start-up, on behalf of the local Ministry of Health and supported by UNICEF, successfully set up an on-demand vaccines supply, delivering the urgently needed serums within minutes to multiple different health centers.”

Now, with Part 135 certification and a partnership with United Parcel Service Fast Forward (UPSFF), WingCopter is on its way to flying parcels, medical goods, and small packages country-wide. Speedy delivery of samples, prescriptions and medical devices can save lives.

Zipline, another California-born enterprise, has grown to serve medical delivery needs in a growing number of countries, flying over 36,000 missions in the last few years.

Zipline has a specific response to the Coronavirus rmergency. “Zipline is helping our public, private, and philanthropic partners around the world develop and execute national-scale responses to COVID-19. Zipline drone delivery complements truck delivery for vaccines, medicines, and supplies — helping to keep people at home and manage scarce supplies for health workers.

“As new treatments and vaccines become available in the next 18-24 months, they will continue to be in scarce supply amid growing global demand. Zipline’s medical drone delivery service could help make sure distribution is targeted in real-time, at national-scale, to the people and populations that need it most, helping to save lives and prevent further outbreaks.”