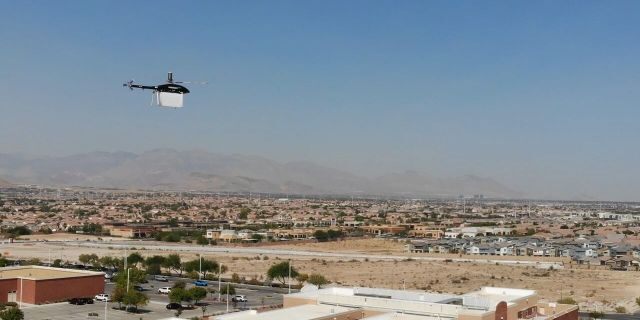 The Nevada desert near Las Vegas formed a dramatic backdrop for the delivery of a kidney and corneas to a simulated emergency surgery site this last week.  MissionGO’s rotary-wing drone delivered the kidney on one flight and the corneas on another – just to clarify.

This cooperative effort among Mission GO’s technology and the Nevada Donor Network’s (an organ procurement organization, or OPO) fearless supporters proved a huge success.  The Network’s numbers provide the impetus for this project.  According to their web site 650 Nevadans and 110,099 Americans await transplants, ranging from hearts to pancreases.  1,447,906 potential donors are signed up in Nevada alone – a heartening circumstance and disheartening pun.

MissionGO President  Anthony Pucciarella, explained, “These flights are an exciting step forward – the research conducted during last week’s test flights are another data point to illustrate that unmanned aircraft are a reliable mode of transportation for life-saving cargo, and that MissionGO’s UAS are safe for both the payload and people on the ground – even at greater distances.  We are grateful to be testing our technology with our partners at the Nevada Donor Network and look forward to what we can achieve together with more research like this.” 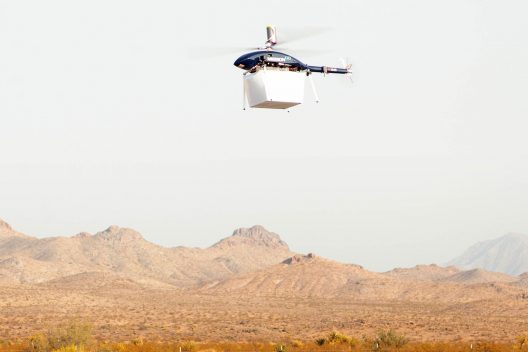 Deniz Yilmaz, reporting for Interesting Engineering.com, noted the tests were successfully completed on September 17.  She reports that the first flight from Southern Hills Hospital and Medical Center to the Dignity Health-St. Rose Dominican, San Martín Campus carried research corneas.  The second carried a “research kidney”from an airport to a small town in the Las Vegas desert.  MissionGO claims it is the longest organ delivery flight in an unmanned aircraft.

Currently, the majority of organs donated in Las Vegas are sent to recipients in other states because transplant programs locally are limited.  It’s unfortunate that unpiloted aerial vehicles will probably not solve the lack of such programs, but the quick transportation of organs and tissue may open links to hospitals and clinics in the area that do perform such transplants.  The fact that the second flight was the longest such mission for a UAV-delivered transplant payload so far helps open that possibility.  This would also apply to other regions here and abroad, where other UAVs are delivering medical supplies daily.

We reported here on an earlier, shorter flight delivering a kidney to a Baltimore hospital, where it was used in a successful transplant operation.  That mission was carried out by between two hospitals and avoided the usual downtown traffic impediments. 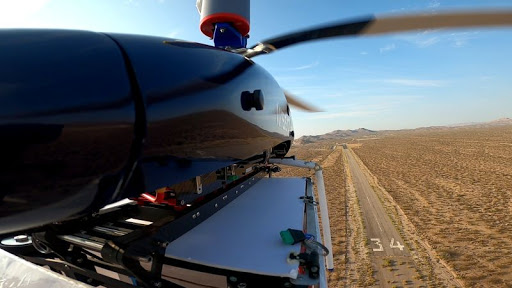 The second flight delivered a research kidney from the Searchlight Airport (1L3) to a location outside of the town of Cal-Nev-Ari, marking the longest organ delivery flight in UAS history. This flight surpassed the distance of a historic flight in April 2019 when MissionGO team members Anthony Pucciarella and Ryan Henderson, in their roles at the University of Maryland UAS Test Site and in partnership with the University of Maryland Medical Center, delivered the first kidney by UAS that was then successfully transplanted into a patient.  Photo: MissionGO

According to MissionGO, opportunities abound with this new technology.  “The second flight test underlined an exciting possibility for the future of organ transportation within the Las Vegas region specifically. The use of unmanned aircraft in a multimodal transportation chain will reduce the time between organ donation and transplantation, reduce the carbon footprint by using electric aircraft, and potentially expand organ procurement efficiency, saving more lives. The Nevada aviation research is the beginning of a series of medical and aviation research flights with OPOs in other regions.”

MissionGO explained the tests, “Emphasized the feasibility of a touchless solution, reducing the number of handoffs by transporting the human organ directly between hospitals through the air, in lieu of ground-based couriers. 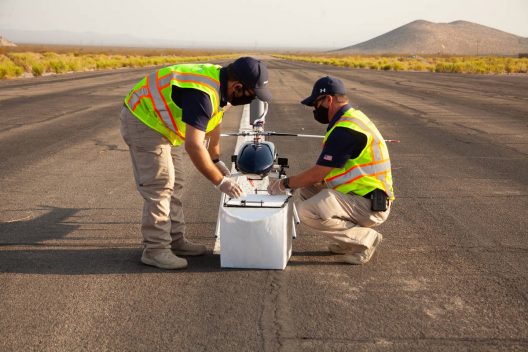 Loading the drone at   Airport.  MissionGO conducts test flights of the unmanned aerial system (UAS) in the Nevada desert. The tests aim to prove the viability of unmanned aircraft in the organ transplantation chain, Source: MissionGO

Joe Ferreira, CEO and President of Nevada Donor Network, was happy with the tests’ outcomes.  “The success of last week’s tests launches us into the future of organ transportation and will enable us to be even more successful in the coming years. The work we’re doing now to maximize the gift of life and health can only be amplified with the services that MissionGO demonstrated. The future of organ donation and transplantation will be defined by innovation.”