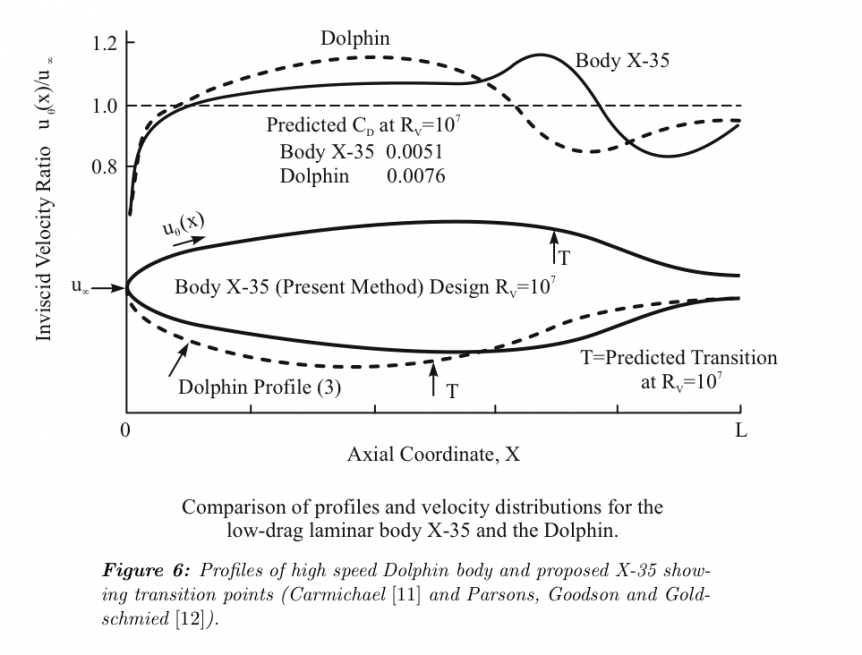 Following your editor’s blog entry on the Prandtl wing and erroneously named Goldschmied fuselage, he received this correction from Dr. Brien Seeley, President of the Sustainable Aviation Foundation and one of the creators of the body in question.

“However, it is, I think, important to note:  We did not fabricate a Goldschmied body and it is incorrect to refer to ours as one. Ours is original, unique and it does not at all rely upon Goldschmied’s annual suction approach (aft boundary layer treatment).

A Goldschmied body studied at Cal Poly is shown along with a link to its 205 page study.  It differs by having a pointed nose and sharp convergence at the rear annular inlet to create the concave internal diffuser. 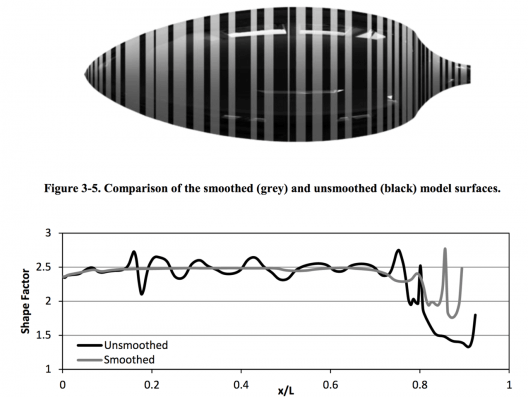 To gain a better idea of what a real Goldschmied body is, your editor reviewed the thesis by a Cal Poly graduate student that details his efforts to test Fabio Goldschmied’s claims for his radical fuselage design.  Dr. Seeley recommended this paper for its insights into Goldschmied’s concepts.  The student, Joshua Roepke, performed a scrupulous effort to validate Goldschmied’s original findings, and although he did not achieve all the performance parameters, examined his efforts in a disinterested and scientific way.  His initial description of a Goldschmied body’s characteristics is a great introduction to the subject.

“The concept, originally made famous by Fabio Goldschmied, is a fuselage with an embedded propulsion unit in the aft section of the body. The notable feature of the concept is the complementary combination of Boundary Layer Suction (BLS) and Boundary Layer Ingestion (BLI). BLS is a type of Boundary Layer Control (BLC) that removes the boundary layer through either distributed or concentrated suction to reduce flow separation and increase pressure recovery on the aft sections of relatively bluff bodies. BLI is when the relatively slow moving air of the boundary layer is ingested into the inlet of the propulsion unit (propulsor) in order to increase its propulsive efficiency. Each concept alone has shown to offer at least small benefits under the correct conditions. Goldschmied is credited with realizing the complementary nature of the concentrated BLS and BLI concepts and combining them together into a single configuration.“ 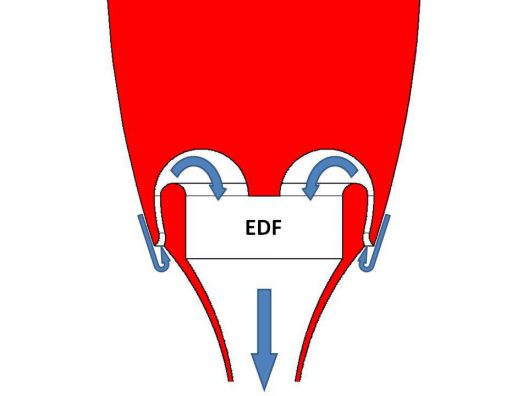 Sketching airplanes is a favorite pastime for many, and Martin Burston would lead the pack with his concept for a craft propelled by a Goldschmied pusher system.  The idea of pulling air from around what would normally be a turbulent zone on the rear of the fuselage and turning it to thrust makes this configuration extremely alluring.

Regardless, the item exhibited at this year’s Sustainable Aviation Symposium is not a Goldschmied body, but it is low drag.  Explaining a concept called Drag Count, Wayne Cook, a Sustainable Aviation Foundation board member, showed that the body fabricated by the team has a very low drag count, indeed.

The WWII P-51 Mustang fighter, for instance, had a drag count of 161, the postwar Beechcraft Bonanza, still a relatively speedy craft, 192.  Highly experimental aircraft designs such as Bruce Carmichael’s Dolphin registered 70.  Grumman-Northrop’s X-35 fighter hit a low 42, probably responsible for its high speed.  The Sky Pod on display at the SAS managed 35 drag counts, based on a reading from DesignFoil, a computerized airfoil design tool that enables testing with a virtual 2D wind tunnel.

If the body/wing combination shown at the SAS flies as well as it looks, we might look forward to the basis for a highly efficient fixed-wing Sky Taxi, capable of reasonable speeds and greater distances than rotary-wing competitors.  With promising new electric motors and improvements in batteries, neighborhood pocket airparks, with a quiet hum the only background noise, may proliferate.