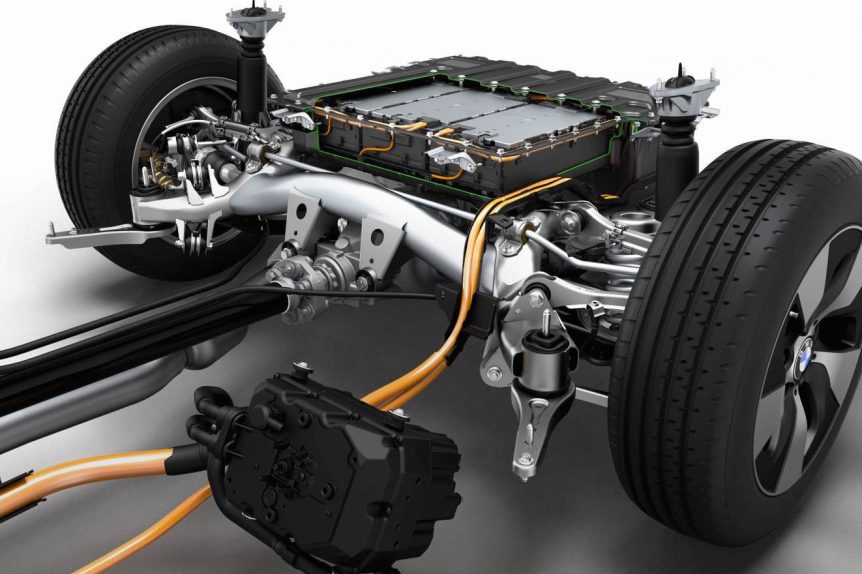 So often, promising developments in batteries, solar cells, and electric vehicles seem stuck in the “five years from now” limbo.  Perhaps there may be hope that a current, real-time development is before us.  MSNBC reports Solid Power has a pilot production line for its solid-state batteries up and running – as of three days ago.

Forgive the sound track, which can be turned down or off.  The information is worthwhile, however.

Solid Power, a 2012 outgrowth of research performed at the University of Colorado Boulder, now holds down 21,000 square feet at the Colorado Tech Center.  Their web site expresses some of the frustration many of who have been waiting through the last decade feel about the near-static trend in lithium battery development.  “While current lithium-ion batteries continue to provide incremental improvements, the industry demands more advanced solutions capable of providing a true jump in performance thereby accelerating e-mobility.”

Solid Power might have a solution to the slow growth of battery power, and have garnered support from A123, BMW and Ford Motor Company.  Solid State’s response is an all-solid-state battery (ASSB) which replaces the liquid electrolyte in a conventional lithium-ion battery with a, “Highly stale solid ion-conducting material.”  The company claims their batteries, “Are inherently more stable across a broad temperature range while also enabling more efficient cell and pack designs as containment of a liquid is no longer required.” 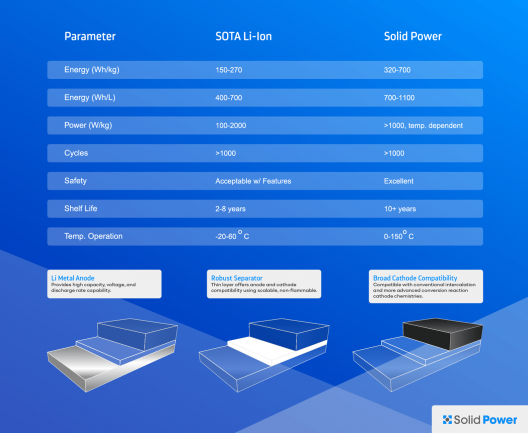 Solid Power claims their batteries, “By simply combining a state-of-the-art cathode with a lithium metal anode, … can deliver greater than 50% more energy density compared to the best available rechargeable batteries.” Solid Power adds that by “removing flammable liquid electrolytes, we provide an inherently safer battery with a simplified cell architecture.”  Making the batteries on a roll-to-roll line similar to that used in the manufacture of conventional batteries enables ready transfer of their technology into production.

Ford has made an undisclosed investment, hoping to achieve a 50-percent better energy level than “wet” lithium batteries at the module and pack level, and simplify cooling and battery management systems. 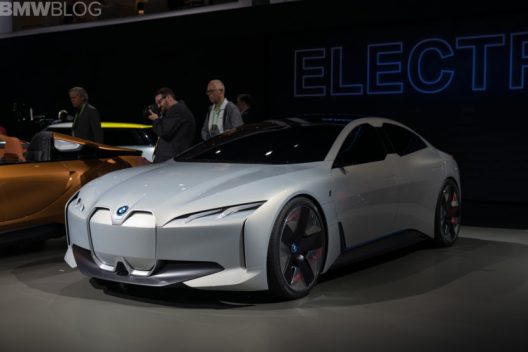 Other investments come from Hyundai, Samsung, and a $20 million funding round in 2018.

Kristina Pritchett of Prariemountainmedia.com reports that on August 12, Governor Jared Polis, U. S. Senator Cory Gardner, U. S. Representative Joe Neguse and other Boulder County and Louisville notables visited the new plant.  Doug Campbell, Solid Power’s CEO expressed his pride in the facility and called it, “A big deal.”

“Our solid-state batteries provide a major improvement in energy density, safety, and reliability compared to the best lithium-ion cells available.  Together, these performance attributes can enable profound performance improvements of battery-powered devices such as electric vehicles, medical devices, aircraft, and satellites through increased run time, increased safety, and lower cost.”