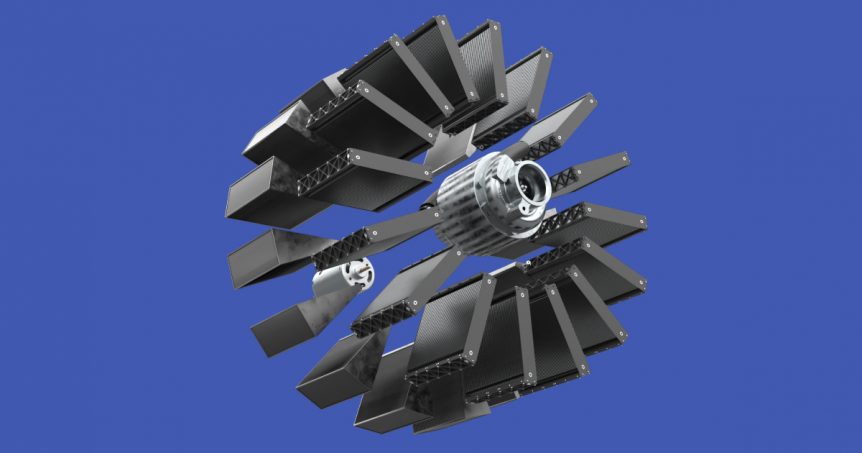 Hypoint proclaims, “We make zero emission air transport possible.”  They do this by, “Building a next generation hydrogen fuel cell system that can deliver 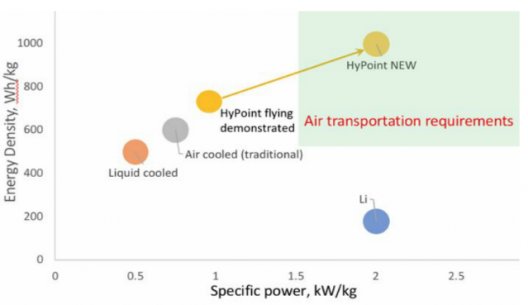 Exactly what aircraft designers are looking for.”

These numbers exceed what the best batteries can manage at this time, and according to the company’s white paper, even better performance is on the way.

Hypoint proclaims, “The age of zero-emission aviation is currently being prevented by the industry’s reliance on Li-ion batteries, which have a fundamental barrier at the chemistry level.”  The firm limits cell performance to 200 Whr/kg, although Bye Aerospace claims 260 Whr/kg for their full battery packs, battery management systems and all.

Elon Musk disagrees.  CNBC reports, “Tesla co-founder and CEO Elon Musk has dismissed hydrogen fuel cells as ‘mind-bogglingly stupid,’ and that is not the only negative thing he has had to say about the technology. He has called them ‘fool cells,’ a ‘load of rubbish,’ and told Tesla shareholders at an annual meeting years ago that ‘success is simply not possible.’”

Obviously, the folks at Hypoint are not dissuaded by the negativity.  Perhaps most important in the newest fuel cells from Hypoint, “We are using a next-generation high temperature membrane (HTPEM) instead of a low temperature membrane (LTPEM), which increases the efficiency of a cooling system by at least 300%.”

Raising the temperature to increase cooling efficiency seems counterintuitive.  On an over-simplified level, many low-temperature fuel cells use liquid cooling to disperse heat.  That adds complications and weight, with a “traditional” LTPEM’s cooling system forming 53 percent of the fuel cell’s mass.  Hypoint’s use of HTPEMs and “turbo-cooling” them reduces the cooling system to only six percent of the total mass.  Hypoint claims a 61-percent reduction in total weight for its high-temperature fuel cells.

Early on, aviation pioneers attempted to lower the mass and size of engines.  The radial engine was one answer, arranging cylinder around a central crankshaft which drove the propeller.  Large cooling fins directly in the cooling blast of air helped keep temperatures in a working range. 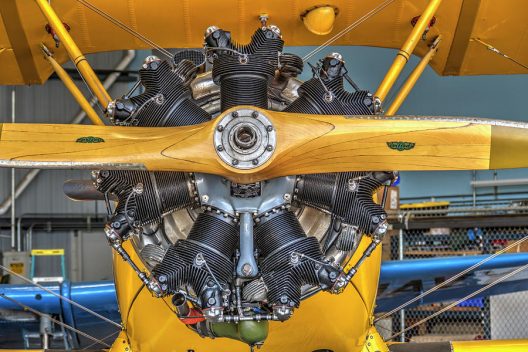 Radial engine on the nose of a Stearman biplane. Cooling fins rely on air to dissipate heat

Hypoint has adapted this arrangement with multiple fuel cells around a central fan which forces air over the high-temperature membranes and out from each cell.  This makes for a compact arrangement similar to that of early radial engines, but with far greater efficiency.

This turbo air-cooled (TAC) power system is the first, according to Hypoint, to use both air-cooling and turbocharging.  Arranging the system in a radial fashion works well with their other material innovations. 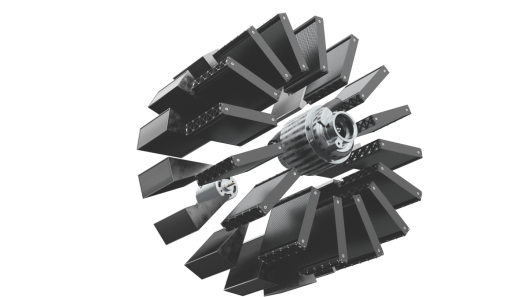 Hypoint’s specialized fuel cell bipolar plates work at 160°C (320° F) rather than the low-temperature cell’s 70° C (158° F), allowing for greater thermal efficiency.  Both are lower temperatures than those found under the cowling of any internal-combustion powerplant. Compressing the air up to three times through turbocharging results in what Hypoint claims is a 70-percent increase in the system’s available power.  Hypoint also claims an operational efficiency of 40- to 50-percent, depending “on the aircraft’s operational mode.” 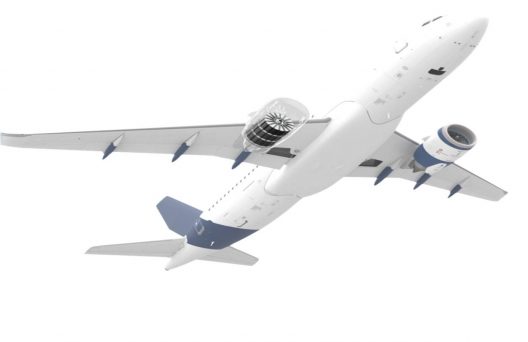 Compact and lightweight, the system can generate power from lower-quality hydrogen, lowering operational costs.  Systems can be sized from 50 kilowatts to two megawatts, assuming a small portion of the available “real estate” within the aircraft.

If Hypoint fulfills its promises, many of these ambitious designs will be able to achieve their range and speed goals.  That will be good for the whole industry.