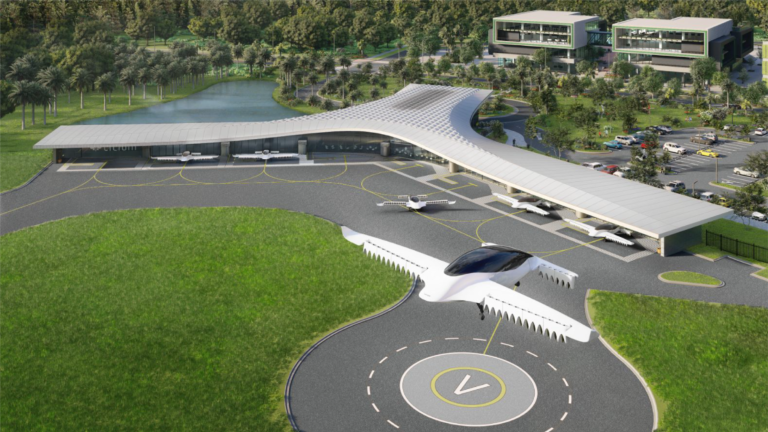 Siting  and Building Considerations at the 2019 SAS

As we see an inrush of capital to finance new electric Vertical Takeoff and Landing (eVTOL) machines and now electric Conventional Short Take Off and Landing (eCSTOL) machines, we are on the cusp of seeing newly envisioned landing zones for these machines.  With the departure of Uber from the aerial scene, we probably won’t see the grandiose platforms the firm promoted. 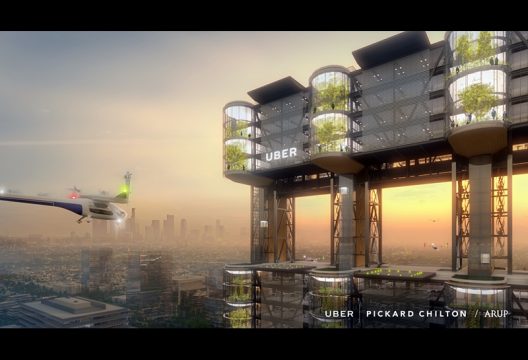 Uber’s urban air mobility landing zones were perhaps a bit grandiose, meant to “hype” future plans.  One wonders if neighbors would be happy with up to 1,800 planned passengers per hour adding ground traffic to the area.

Your editor poked fun at these visions in his talk at the 2019 Sustainable Aviation Symposium at UC Berkeley, doubting that urban centers would welcome hundreds of arrivals and departures overhead day and night.

Luckily, presenters who had worked on real-world re-imaginings of Uber’s grander vision helped talk your editor down.  Byron Thurber, an ARUP architect, discussed “A Practical and Sustainable Transit Hub for Urban Air Mobility –the Uber Elevate Skyport.”  Following LEEDS, or Leadership in Energy and Environmental Design criteria, the sustainable building would retrofit an existing parking garage at the edge of the downtown core.  Formed from sustainable building materials, it would support landings and takeoffs for eVTOLs and, “…function as a true transit hub, providing accommodation for a network of other modes, including e-bikes, e-scooters, electric cars, and… rideshares.”  The vision was considerably more restrained than that of Uber’s corporate futurism.

Darrel Swanson, Director of the Swanson Aviation Consultancy, held that, “UAM will succeed in areas where the noise control is achieved, high capacity vertiports can operate, and certification obstacles are solved.”

With competing needs for safety, quiet, and access creating problems for downtown cores, Dr. Jasenka Rakas, Co-Chair of SAS 2019, UC Berkeley CEE Faculty, and Board Member of the Sustainable Aviation Foundation suggested “Air Piers for Urban Air Mobility.”  Using waterfront locations to position landing zones, air operations would be less likely to draw the ire of local residents.  Her talk highlighted the many alternatives possible, including Vertiports and Short Take Off and Landing (STOL) facilities, Skyports, converted helipads and piers. Retrofitted rooftops and garages, and new structures above highways and highway intersections.  All of these would have the benefits of existing roads and transit means leading to them.

Electric-Flight.eu reports that Hyundai and Urban Airport, an aptly-named startup, are partnering to build a Air One in Coventry, England.  Air One is a pre-fabricated, squat truncated cone that will provide shelter for, launch and retrieve Hyundai’s SA 1.  This transportable unit can be taken elsewhere as demands for drop-in air service change.  Others involved in the project include the city and University of Coventry, the drone company Maloy Aeronautics, but also Hyundai Motor Groups themselves

In somewhat marked contrast to a year ago, Hyundai’s immediate vision seems to have contracted to more immediately plausible levels.

The platform planned for Coventry is simpler still, but one can see a network of the planned 200 Urban Air Ports worldwide varying in size and complexity.

In the meantime, German firm Lillium has cemented plans for making its advanced air mobility (AAM) solution into Florida’s civil transportation network.  According to eVTOL News, The city of Orlando, the Tavistock Development Company, and Lilium held a virtual press briefing to announce that Lake Nona — adjacent to Orlando International Airport — would be the site of what it called the first eVTOL vertiport in the world.  “First” is probably arguable since eHang in China has what appears to be a place, at least, that might match that description.

With Lillium’s claimed maximum range of 300 kilometers (186 miles), over 20 million Floridians could enjoy quick, low-altitude trips around the state.  That brings us to the next level of longer-range commuting – something that may become as big a factor in electric flight as urban air mobility.  We’ll be back with a look at exurban flight becoming a necessity as families move further away from major urban centers.  Coming soon.